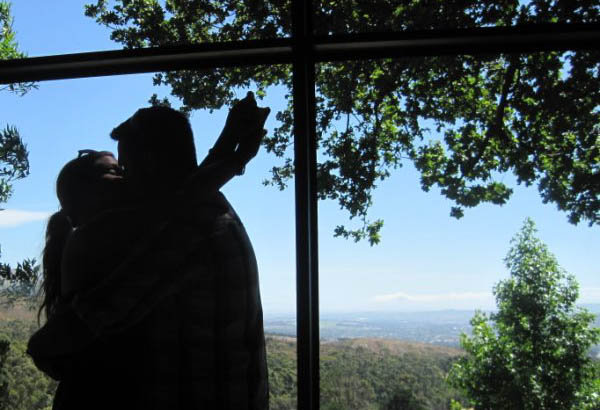 If someone tells you they think a passionate kiss goodbye at the train station seems romantic, that’s because they’ve never had to do it.

The dreaded farewell is the one inevitable remainder at the end of your travel equation. Alas, such is the bittersweet lifestyle of those who are constantly in motion.

The dreaded farewell is the one inevitable remainder at the end of your travel equation. Alas, such is the bittersweet lifestyle of those who are constantly in motion.

It’s a double-edged sword, because bonding with someone you meet along the way does make your trip that much more special; but when forced to part ways, it can be downright depressing to journey on alone.

Seasoned travelers are pros at it: they’re delighted to have met you but not conflicted about nudging you back out of their day. Newborns tend to sink that grappling hook into the first English-speaking human they see (‘Can I friend you on Facebook?!’)

The rest of us let things come as they will, heart-strings tugged or not tugged accordingly.

Whether it’s a new best friend or a sudden soul-mate, having someone you care about depart for the other side of the world just plain blows.

Which is why traveling is like gliding: if you’re too worried about hitting the ground, you miss the view. Instead seek to master the tricky art of farewells, here are some suggestions that might help.

Hang on tightly, let go lightly. Think of your brief friendships as the best kind of bear hugs – warm, close, and strong. The more you fight the release, the less chance you’ll be left with that sensational just-hugged feeling.

If you doubt your ability to let go lightly, just keep pretending you will and you might do it on impulse when the time comes. Simply recite this rule as a mantra on repeat until you give yourself over to your inner emotional ninja. 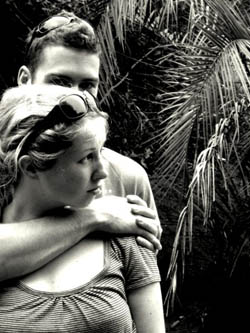 Try to live only in the present moment. I received this slice of “mind-blowing wisdom” from the Greek man who tied my bungee cord at the Corinth Canal bridge.

The reason he loves his job, he admitted to me, is because he gets to watch people transform: when they’re about to jump, the only thing they can think of is breathing. No emails, work schedules, cable bills, dogfood, lost car keys… What they see and feel in the moment – that’s it.

We’re constantly fretting over what needs to be done tomorrow, what happened last week, what our future’s screaming at us. Even while you read this you’re probably thinking about three other things. Life would be sweeter if we could train ourselves to live in the present more often.

Trust me, enjoying your last minutes together at the airport is better spent without glancing at your watch.

Embrace weak excuses to reunite. A distant cousin’s ex-wife, an internet graduation, a possible part-time unpaid internship that you have no intention of applying for… stretch it out. It’s not that hard to arrange a visit – save money, book a ticket, and just go.

Even if it doesn’t work out the same way it did the first time you met, you’ll probably still have a hell of a time, and an even better story for the grandkids.

When you make promises to meet up with people across the world, and follow through on what some (*cough* boring) people might call a whim, the feeling of being together again is more exhilarating and precious than you can imagine.

Two ocean-divided friends of mine followed through to meet up this year, and now they’re married. Life’s too short for heavy thinking and rational planning.

Turn the time limit around until it works to your advantage. Knowing you don’t have the luxury to play those ridiculous dating mind-games people are so good at these days (i.e., “call you next week sometime?”) allows you to get over yourself and just do what you genuinely feel like.

We used to joke at a hostel I stayed at once that travel-relationships were normal relationships on speed. Three days feels like three weeks, and a month two years. You get to know each other much too well in a very short amount of time, and you battle random obstacles you’d never even ponder at home.

So why not embrace that seldom-offered opportunity to hit those relationship curveballs, sans the heavy commitment? If you want to be closer to someone, heave the mind-games out the window and be upfront. There’s no time but now – literally.

Learn from the masters. Ah, the goodbye scenes. And the reunions! Buy some full-fat popcorn, put your feet up and re-watch those classic moments of farewell (and moments of ‘I changed my mind’): Before Sunrise, Same Time Next Year, Serendipity, Love Actually, Romancing the Stone, Casablanca… the list goes on.

What mistakes did those fools make that you’d rather not emulate? What moments have you secretly reenacted in your foggy bathroom mirror?

When in doubt, adopt the “let’s not and say we did” philosophy: as in, just don’t say goodbye, and then you won’t have to say goodbye. A simple “see you later” has much the same effect. If he or she really is that special to you, then you’re not lying. You will see them later.

Like anything, it takes practice. Grow a thicker skin, learn to love your naïve little heart until that which is inconvenient becomes endearing; keep those relationships special, even if they end when the terminal gate closes.

Remember: happiness makes up in height what it lacks in length.

What are your tips for goodbyes on the road? Share your thoughts in the comments!