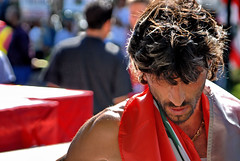 You are sitting with a family that has invited you in for tea, one of countless offers of hospitality you have experienced since you arrived in the new land.

As you share stories of family, friends, travel and life you marvel at how easily people can bridge the differences between them. For that moment, everything is perfect. This is why you travel. World peace is possible, you think. All we need is tea.

Then with one question, your dream shatters.

“Tell me,” says your host. “Why does your country start so much war?”

It’s a traveler’s nightmare: you are trying to connect across cultures with someone who suddenly wants to discuss polarizing issues such as war, foreign affairs, abortion, gay rights, feminism, or drugs.

Don’t worry. Look at these conversations as a potential for meaningful cultural exchange. Use the following strategies to turn a potentially divisive argument into a rich dialogue.

You do not have to be an expert in all world issues, but you should have a general understanding of how they affect people’s daily lives.

As someone interested in travel, you have an idea about what is going on in the world around you. Still, before you leave home, familiarize yourself with current issues both at home, and abroad.

Read the world section of the newspaper before the front page. Explore other viewpoints on issues by reading international media such as the BBC, Al Jazeera, or The Times of India. If you can, read a news source based in the region that you will be visiting.

You do not have to be an expert in all world issues, but you should have a general understanding of how they affect people’s daily lives. What wars are going on in the world and how are they affecting the region? What social issues are causing the most contempt in your destination? Are there currently any religious or ethnic conflicts?

Understanding the basics of these issues will help you talk intelligently about them.

2. Take Yourself Out of the Conversation

If you find yourself put on the spot, being asked to defend or explain the actions of your country, a good technique is to take yourself out of the answer.

Instead of speaking in the first person about your opinions (e.g. I think, In my opinion), talk about both sides of the issue in the third person.

For example, you could answer a question about gay marriage with: “Some people think homosexuality is unnatural and a sin. Others think people have the right to love whomever they choose.”

By presenting the sides of an issue without attaching yourself to either one of them, you allow the person you are talking with to respond honestly. He or she cannot attack you personally and you will avoid being put on the defensive.

3. Speak and Listen with Respect

You need only travel as far a family reunion to remind yourself that the world will never agree on politics, religion, and social issues. Diversity of opinion keeps life interesting. You cannot change this, so you might as well respect it.

You need only travel as far a family reunion to remind yourself that the world will never agree on politics, religion, and social issues.

As a traveler, you are perpetually a guest in someone’s country (or home) and they deserve your respect. Even if they are saying things you find utterly enraging, it is important to express the fact that you respect their right to that opinion.

If your goal is to have a meaningful conversation, you must be willing to listen without criticizing. Listen actively by asking questions that dig deep into the others’ opinions.

Get them talking about not only what they believe, but why they believe it. Put their viewpoints into context by considering their life, surroundings, religion, and other cultural forces you may not recognize at first.

When you do express your opinion, let it be known that you are doing it with respect. This can be as easy as starting off with, “I respect your opinion. However, I disagree.”

Try to explain why you hold the values and beliefs that you do. Help them put your viewpoint into context. 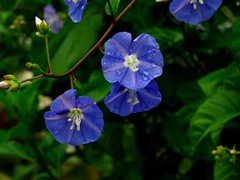 Shortly after the United States invaded Afghanistan in 2002, I was in a Muslim market in Orissa, India and angered a tea seller by telling him I was an American.

He worked himself up in a frenzy, accusing me (on behalf of all Americans) of conspiring with George Bush to declare an unjust war on Islam. He blathered on for minutes and when he paused to take a breath, I chose my response quickly.

“George Bush sits in the White House, claiming to make decisions on my behalf. Osama bin Laden is hiding in Afghanistan claiming to do what is best for you. Do you think we should call them and ask if it’s okay for you to sell me this cup of tea?”

By pointing out how far removed we both were from leaders who claim to represent our interests, I showed the absurdity of creating walls between us simply because we come from different places.

You certainly do not want to try and speak for an entire nation, so do not expect others to either. Reserve judgment and look into the eyes of the person across from you and see another citizens of the world. Nationality is simply an accident at birth.

Chances are, you feel really strongly about some political, religious, or social issues. We all do. This is why they are such hot-button topics.

Your beliefs and values are not something you pack for a trip, yet you carry them with you every place you go.

Your beliefs and values are not something you pack for a trip, yet you carry them with you every place you go. However, you determine how often you want to unpack them.

Before you engage in a conversation about a controversial issue, ask yourself if something constructive could come out of it? Perhaps the guy asking you about foreign policy is a wannabe-pundit interested only in hearing his own voice. Or maybe he is baiting you simply to see your reaction?

If you think the other person if genuinely interested in an exchange of ideas, then consider engaging in the conversation. Otherwise, simply smile and say you prefer not to discuss it.

Examine your own motives, too. Maybe you have had three nights of lousy hotels and three days of touts constantly trying to cheat you and you are looking for someone to unload all your frustration on.

Ask yourself if you have the patience required to tackle a difficult conversation.

When you find yourself in a difficult conversation with people when you are traveling, do not shrink away in fear. The magic of travel is the exchange of culture in a peaceful way. Ideas are simply just another part of cultural we can share with one another.

Have you found yourself caught in hot-button political debates? Share your story in the comments!

Katie Krueger has lived, worked, and/or studied in four continents. She lives and writes in Madison, WI and online at www.katiekrueger.com
Tagged
Activism
What did you think of this story?
Meh
Good
Awesome