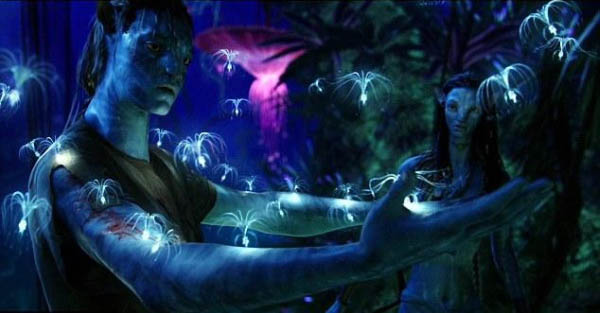 As with many “feel-good” movies, Avatar portrays the white man as savior to the oppressed people-of-color.

AFTER HEARING SO much buzz about James Cameron’s sci-fi drama Avatar, I finally had the opportunity to watch it.

Amazed by the trippy graphics and the dream-like world that blossomed before my eyes, I applauded its anti-war, pro-environment message. Even though I left the theater disappointed that the flowers around me weren’t glowing and that my car was so blasé compared to a magical flying bird creature, I had the strange feeling that something wasn’t right.

I was disturbed by the portrayal of the N’avi people as having a blend of Native American/Caribbean/African characteristics. It was also confusing how the film’s hero seamlessly took over this population, married its most desired princess, tamed the creature no one else could, and was instantly transformed from an outsider into a great leader.

NY Times columnist David Brooks’s critique of the movie as a “racial fantasy” was the first of many that sparked debate all over the internet:

[Avatar] rests on the stereotype that white people are rationalist and technocratic while colonial victims are spiritual and athletic. It rests on the assumption that nonwhites need the White Messiah to lead their crusades. It rests on the assumption that illiteracy is the path to grace. It also creates a sort of two-edged cultural imperialism. Natives can either have their history shaped by cruel imperialists or benevolent ones, but either way, they are going to be supporting actors in our journey to self-admiration.

The “White is Right” Syndrome

It’s not a new story – white person penetrates the culture of noble savages (or inner city black kids), realizes that culture is so much simpler yet more awesome than their own, then ends up saving the population and gains redemption for themselves by way of benevolent paternalism.

This is a narrative that has been played out countless times in films like “Dances with Wolves,” “Pocahontas,” “Fern Gully,” “Dangerous Minds,” and “The Last Samurai.” It’s a plot line that draws easy distinctions between good and bad, framing the white savior as the only character able to cross such lines.

Some critics think Avatar reflects an attitude of white guilt, while others see it as downright racist. Annalee Lewitz of io9.com noted:

Whites need to stop remaking the white guilt story, which is a sneaky way of turning every story about people of color into a story about being white. Speaking as a white person, I don’t need to hear more about my own racial experience. I’d like to watch some movies about people of color (ahem, aliens), from the perspective of that group, without injecting a random white (erm, human) character to explain everything to me.

Others are skeptical and think that the critiques are in themselves a reflection of a constant intellectual game of one-upping on racial sensitivity. A commenter to the io9.com post wrote:

Speaking as a Left-Leaning White Guy™, I can’t help but feel there’s a culture of “white guilt oneupsmanship” in academic criticism these days. It’s like a game to see who can be more guilty. “You think YOU’VE pointed the finger at racism? Ha!…

The problem with Avatar is that it ignores the actual complexity of humanity – that there is oppression within oppressed groups or that heinous acts are often carried out under the banner of good intention. It popularizes the idea that whites can choose a culture to “help” as they see fit, and that they can even dominate it as its hero.

Unfortunately, these collective images radiate far beyond our 3D glasses. 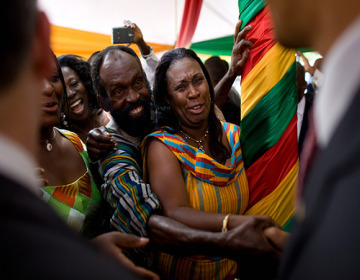 I’ll never forget the day I walked through a village in rural Ghana and was bombarded with children dying to grab my hands and walk with me. It started with a few kids and then built up to 30 or 40; what felt like the whole youth of the village.

Suddenly I was Angelina Jolie or Oprah, surrounded by so many admiring faces, except that I’d done nothing to deserve such attention other than possess skin color something closer to white. Black members of my travel group (also tourists) received no such attention.

It could be argued that this attitude stemmed simply from the novelty of seeing a person with white skin within a largely isolated community, but it was obvious after many interactions that there was an expectation that white equaled answers, sources of aid, and direction in a time of need.

For someone interested in solidarity work, and the promotion of self-determination, such realities are disheartening. Of course, there are many other historical, economical, and sociological factors behind such ideologies, but my concern is that media images like those in “Avatar” contribute to a one-sided lens in a complicated world.

What do you think: is Avatar harmless? Or do these white savior myths have global implications? Share your thoughts below.

Tagged
Culture Entertainment
What did you think of this story?
Meh
Good
Awesome

7 adorable English villages that are straight out of a storybook 30 awesome Japanese idioms we should start using in English 9 boardless, cardless games to play anywhere 7 ancient ruins in the UK beyond Stonehenge What the Finnish concept of sisu, or inner strength, can teach us