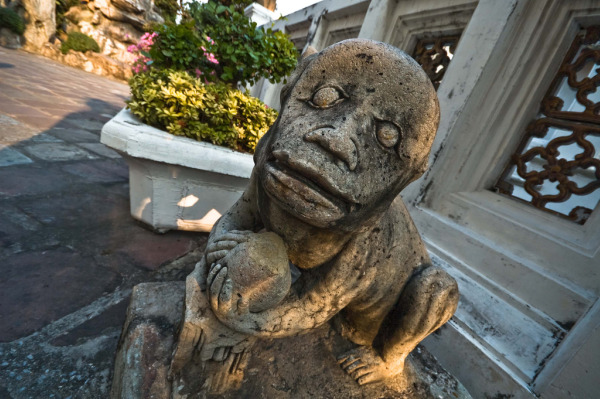 Spirituality is not necessarily the peaceful place we often choose to believe it is.

KICKING AND SCREAMING, I used to fight spirituality like a wild bird fights a cage. The daughter of an Episcopal priest, I had seen too much of the business side of religion, and it had left me cold.

If I had a religion, it was travel and movement. As long as I did everything there was to do, my life would have meaning. Or at least it would seem like it did to other people, which was almost enough.

I was traveling with a friend, and we both liked the idea of practicing yoga on an island, soaking up the laid-back beach vibe while toning our bodies in preparation for the massive amount of street food we planned to eat afterward in Vietnam. This was how I found myself enrolled in a month-long yoga intensive course on the island of Koh Phanang, in the Gulf of Thailand.

On the first day I was already mentally a month ahead, plotting our border crossing while the instructor prattled on about energies and chakras.

A Taste of Real Spirituality 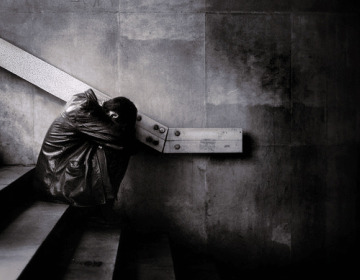 It didn’t take long to figure out there was a lot more to this spirituality business involved than I had expected.

I was used to the yoga classes back in San Diego, where we moved quickly, sweated profusely, and thought of meditation as an abstract concept – something for Buddha, not for everyone else.

In Thailand, meditation is what we did, and yoga postures only existed to facilitate more meditation. It was exhausting.

On the last night of the first week, I returned to the bungalow I shared with my friend and collapsed into bed, tears running down my face. My muscles hurt, my teeth needed brushing, and I was in my clothes, but I didn’t care. After all my fighting against spirituality, I finally had to admit, albeit grudgingly, that the program was affecting me, whether I liked it or not. A bud of pain and heartache, which I had kept lodged in my chest, began to bloom.

Panicked, devastated, my first thought was to run, but where to? I couldn’t leave my friend, who wouldn’t understand this feeling that even I couldn’t comprehend. There was also money to consider – we’d quit our jobs before traveling, and had leased a bungalow and two motorbikes for the month, not to mention the course fees.

The whole predicament made my head hurt, and, moaning, I buried my face in the pillow. I fell asleep with the light on and the door unlocked. Ten hours later, rumpled and tear-stained, I woke up with a surprising feeling of calm. I would stick it out. If nothing else, it would be a story to tell.

I gritted my teeth through the torturous twice-daily yoga practice, an experience that was intensified by the evening lectures on divinity, right behavior, and energetic bodies. I wondered if I was the only one feeling nauseous, with ringing headaches during certain asanas.

I asked one of the instructors, a glowing man with a golden ponytail who looked like a Sunday-school rendition of Jesus, if it was just me. He said it was perfectly normal.

“Your body has hit something your mind doesn’t like,” were his words, and I tried to keep them in the back of my head as I struggled.

“Your body has hit something your mind doesn’t like,” were his words, and I tried to keep them in the back of my head as I struggled through poses that had been a cake back at home. I whined to my friend. She advised me to relax, and go to the beach.

I did, screaming into the water – it felt good to me, though perhaps not to the fish that scattered before my stream of bubbles.

The days turned into weeks, and struggle became the norm. Yet, before I’d even had time to realize that I no longer felt like I was carrying around a dead weight, it was graduation day. 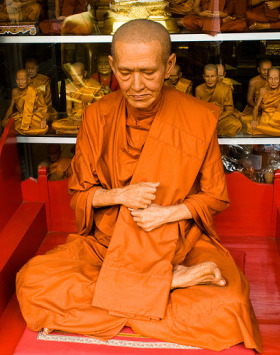 Everyone from the course – many of whom I’d grown close to as I learned that they were battling demons as well – gathered together in one of the halls, lit only by candles and filled with tropic-heavy air due to a power outage.

When my name was called, I walked up to the front to receive a blessing from the Swami, in the somewhat absurd form of a consecrated banana muffin. I knelt in front of him as he placed the muffin in my hand and smudged my forehead with clay. It felt like church, but this time I didn’t resist.

Swami looked at me through his glasses and asked me one question: “Did you fight it?”

“Yes,” I answered automatically, wondering somewhat abstractly how he knew to ask this question, and then assuming it’s what he asked everyone. But then he nodded, as if it was perfectly natural, and said: “Did you win?”

Did I? Something had changed. Not in a big, earth-moving, Lifetime-movie sort of way, but something smaller, more permanent. I was looking at the same picture of my life, but my view of it had shifted, ever so slightly, and it looked different now.

For the first time since childhood, sitting there, I realized that I wasn’t anxious. In fact, I hadn’t been anxious for days. It was terribly obvious what before had been completely hidden – that the cage I’d been fighting was all of my own making.

“Yes, I won,” I answered, and knew then that it was true, although I would have to keep winning, again and again. But I had won this first battle. I stood, victorious, and walked down off the dais into the warm glowing sea of candles and faces.

How have you fought against your own demons? Share your stories below.

What did you think of this article?
Meh
Good
Awesome
Bookmark
Posted In
Meditation + Spirituality
Destinations
Thailand

The best places in the US to try forest bathing