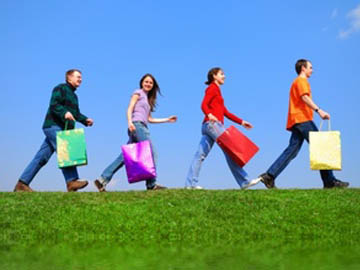 When I came home after my first significant travels, my experience matched that worn-out definition that most call “re-entry culture shock.”

I felt disappointed at how uninterested my friends and family seemed towards my trip. I felt betrayed at how quickly my life-altering experience seemed to slip away.

Years later on another trip, I stepped off the plane in West Africa, a more hardened traveler.

Not this time, I thought confidently, as Africa instantly swallowed me up in its colour and life so indescribably different from that of the West. I would know how to keep myself together this time; to deal with the conflicted feelings of “re-entry” when the time came.

After four months in Benin and Ghana, hitting Cairo and Zurich on my way home weaned me away from the African reality back towards full Western industrial comforts. By the time I arrived in Montreal, not even the fluorescent supermarkets and sparkling bathrooms seemed unexpected.

It turned out that I had matured since that first trip back in the day – I felt a bit of disappointment, but mostly it just felt great to be home after a great trip.

I had learned much and was more motivated to change the world than ever.

The Urge To Spend

What happened next changed the very understanding of myself. I became excited about fashion

At home I had eagerly tossed my traveling clothes in the donation bag and set out to buy a few staple items like a sweater and jeans.

I didn’t feel the need for more – after all, I had always been the “thrift-store queen” among friends, making do with about a third of the wardrobe burdened on others.

What’s more, Africa had taught me a lot about needs. I felt happy to ditch my well-worn threads, and committed myself to becoming even more scrupulous about making the distinction between “necessary” and “unnecessary” clothing items.

What happened next changed the very understanding of myself.

I became excited about fashion; even more than my early high school years, which was the last time I felt aimlessly “shopping” was a viable past-time. After the jeans and sweater I realized I didn’t own dress pants, and that had to be remedied. I threw in some new summer t-shirts as well.

A friend opened a designer consignment store, and I quickly dropped $250 in a little over a week. Then it was a new $100 bikini, a belt, a summer dress, a designer jacket, all of it purchased new at, horror of horrors, the mall.

I was buying something almost every day. And the line between what I “needed” and didn’t was getting hazier. 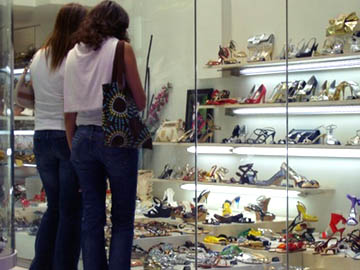 What was worse than the gratuitous purchasing was the attitude I seemed to have adopted towards it: after a couple hours of working on a paper for school, at break time I’d excitedly log on to shoe website and browse for half an hour.

I would casually add things to my cart with little or no intention of buying them; just for the sake of imagining having those clogs or these sandals.

While shopping centers had saddened me immediately after my trip (I had vowed to never let myself slip into that consumer-crazed mindset), two weeks later, I barely resisted the urge to stop by the mall on my way home from the library.

I felt a lack of control over my behaviour and unease at how I didn’t recognize this person.

“Don’t worry about it,” my mother would say, “you’ve spent so many years shopping at Value Village, I think buying some new things evens it out, don’t you?”

Getting Rid Of Stuff

How could I walk into the store and buy a $130 dress, when that same amount of money would pay for six kids to go to school for a year in Benin?

Having momentarily forgotten the swollen abundance of available products, and the general “if you’ve got the money, you deserve to buy it” western attitude, I was suddenly overcome by the distorted value our society places on having stuff.

For me “that stuff” just happened to be clothing. Friends and family congratulated me repeatedly on getting good deals or good purchases, but inside it all felt wrong.

Moreover, in Africa I had seen it’s possible to live with less than we could possibly imagine.

How could I walk into the store and buy a $130 dress, when that same amount of money would pay for six kids to go to school for a year in Benin? How could justify this, after seeing how my fellow human beings were living, in squalor or filth, and poverty?

How could I spend hours sifting through shoes online when I could use my time and brains to change things, to help those with less, to learn more about what forces had given me so much and they had so little?

One night at dinner it almost became too much for me. I suddenly stopped short of putting a luscious spoonful of rosemary lentil soup with feta cheese in my red wine-stained mouth.

What were my friends in Benin eating for dinner tonight?

I have since learned that this is a struggle that many other travelers returning from developing countries have experienced. Once we know with how little it takes to live, how can we apply these lessons to our lives at home?

We must learn to consume in a way that does not perpetuate economic inequity, while acknowledging the fact that we live in the West and therefore must live within a reasonable western standard.

The challenge for all of us is to find a space where we can balance these two objectives. Where we can take realistic action towards change and let go of any unproductive guilt for having what we have.

The outcome of my somewhat unorthodox “re-entry shock” is sure: it caused me to think.

I re-evaluated my level of self-awareness and became committed to testing out ways to find that balance for myself. This is the real magic of travel: that it finds ways to keep teaching you long after you have come home.

It ensures that you’ll continue to question your ways and the ways of the world, and you’ll try to come to terms with your place in it, even if you never set foot on foreign soil again.

What do you think of the consumerist urge? Share your thoughts in the comments!