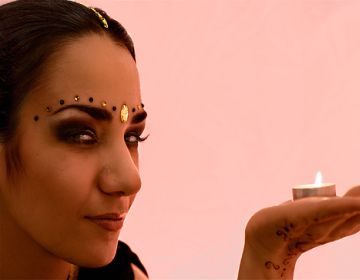 I’ll often join a group on Facebook, without much thought, when a friend requests me to do so. I wanna share the love, and don’t necessarily take the time to delve deeper into the meanings of of groups like, “Hot Chocolate” “F-ck Gluten, I’ll Punch Gluten In the Face” and “Those Who Enjoy + Partake In the Distribution and Acquisition of High Fives” (yes, all groups I am a part of).

But it is certainly interesting to check out some of the groups on Orkut, India’s Facebook equivalent, as did a recent Global Post article. That’s because it is a place where “young, urban” Indians can meet people in their caste, as part of groups such as Brahmins of India, The Great Marathas and i love intercaste marriage.

Oh, right, the caste system. Something we sometimes forget (or maybe assume has changed in the youthful, urbanized centers of the country?) about India, what will all of the yoga this and spiritual that, and even with the well-publicized slums that we consider somewhat comparable to our homeless in the West.

Seems the caste system, according to social media expert Gaurav Mishra, has failed to shift much at all:

Surprisingly with urbanization, with education, with more people traveling and getting exposed to other cultures, these divisions have not really gone away. Caste even now — even in urban, educated India — is still an extremely big issue.

It really should come as no surprise that the caste system ended up playing a role in social media. From the more simple voting in polls about the shyness factor of Brahmin (one of the highest castes) girls to the more complex socio-political ramifications of discrimination, programs similar to affirmative actions, and empowerment or disempowerment within tribes, social sites are simply a microcosm of culture the same way they are in the West.

Hearing about this setup made me ponder our own social networking ways. Then I remembered an article I read about the caste…ahem, class divisions popping up between MySpace and Facebook users, beginning in 2007. As Facebook initially was an “invite only” platform for college students developed by a couple of Harvard minds, it quickly became the “cool clique” to get into.

The divisions between Facebook and MySpace became clear: one was for college students, the other was for those who didn’t quite make the cut.

Even though it opened to high school kids in 2005, their beginnings, and the negative media coverage that MySpace was beginning to get about being “sketchy”, made the divisions between Facebook and MySpace clear: one was for college students, the other was for musicians and those who didn’t quite make the cut. And to some extent, although Facebook has grown by leaps and bounds since then, the socio-economic breakdowns have remained the same.

So, I can’t help but wonder – are our social networking habits really that different from India’s? They may not be quite as well-defined, but there certainly seems to be a similar flavor.