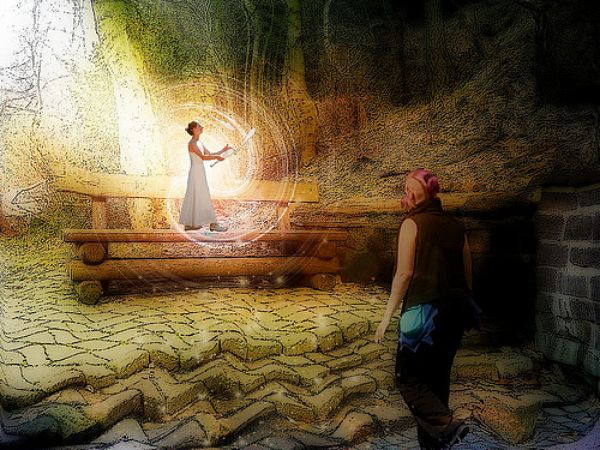 Dreaming while on the road may end up being easier – and more hallucinatory – than back at home.

When we’re traveling, our dreams go into overdrive, trying to keep up with all the new experiences. Maybe it’s the fact that we don’t know the language, or that sleeping under a rock shelter in the desert isn’t all we thought it would be. In many cases, culture shock is behind this powerful dream generator.

These dreams come to us thanks to the heightened social anxiety and poor sleeping conditions that are part of the adventure of seeing the world. I have also found in my travels that culture shock activates lucid dreaming.

What is lucid dreaming? It’s those fleeting moments in a dream when you know you’re in the middle of an imaginary world. It’s the realization that the cosmos as you know it is an illusion, and that anything is possible.

Although lucid dreaming has been popularized as dream control, it’s actually a state of mind cultivated for thousands of years by Eastern mystics such as Tibetan Buddhists, Indian Yogis, and Islamic Sufis. In a lucid dream, you can make choices, investigate what you wish, and be more open than in waking life to new experiences. 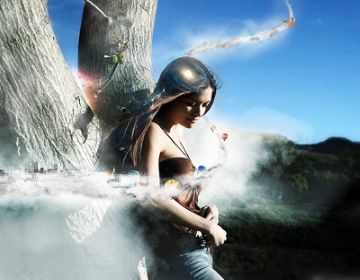 Lucid dreaming happens spontaneously when the conditions are right. Conditions are often “right” in loud hostels and on sandy beaches.

Disturbed sleep, jet lag, language barriers, and social nervousness activate the parts of the brain that are involved in becoming self-aware in our dreams.

If you reinforce these with a strong intention to become aware in your dream – such as by journaling before bed – you may find yourself awake and aware in your sleep that night.

Also, taking a nap after a sleepless night or an evening of drinking margaritas increases the odds of a lucid dream. The brain is starved for dreaming sleep, and will often slip straight into a dream immediately after you lie down. One minute, you’re closing your eyes, and the next, you’re flying over the Amazon river.

Culture shock-induced lucid dreaming can get spooky too. Another side effect of jet lag, sleep deprivation, mixed with heightened social anxiety, promotes sleep paralysis, a kind of lucid dream where you the body feels paralyzed as you begin to fall asleep.

Sometimes, this is accompanied by hallucinations that we project onto our sleeping space. The most common vision is of an intruder in the room, and in some cases, a scary cloaked creature or “demon” who sits on our chest. This is the incubus, a malady recognized as early as Aristotle’s time, and interpreted in the Middle Ages as witchcraft. 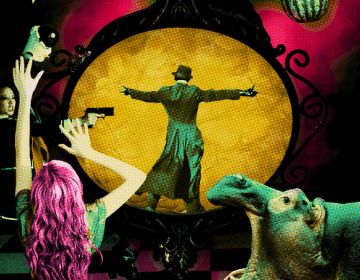 Many cultures have folklore and ghost stories about sleep paralysis hallucinations, especially the indigenous cultures in the Pacific Rim, including Indonesia, Alaska, the Pacific Northwest of the US, as well as Central and South America.

In some of these cultures, the intruder can be an ancestral spirit; in others, it is interpreted as the work of black magic or a rival shaman.

If you are traveling in these regions that have folklore, such as Malay, Cambodia, or Peru, sleep paralysis encounters may take the form of the culture you are visiting. For example, in Hawaii, sleep paralysis is believed to be caused by supernatural “night marchers.”

Despite what Western science tells us, these experiences can make us question the role of dreams in connecting us to reality. The movie Avatar explores this theme as well, in between the 3D explosions and smurf love. Director James Cameron based the “tree of life” ceremony loosely on Indonesian shamanism, an area well known for its powerful dreamers and healers.

Awareness of the possibilities in lucid dreaming while traveling can enhance any trip.

Awareness of the possibilities in lucid dreaming while traveling can enhance any trip. You may want to explore ancient ruins in your mind, combat homesickness by reconnecting with your family during a nap, or practice your language skills within the safety of the dream.

There’s also the possibility of tapping into those local visions that represent the underworld of the landscape you are visiting.

Respecting the Culture of Dreams

Just like in waking life, you want to be respectful of the dream entities that approach you, give rather than take, and have sincere gratitude for their hospitality. Lucid dreaming is a gift of culture shock, and it can help with integrating your experiences.

If nothing else, sharing your weird dreams will give you something to talk about at the hostel in the mornings, and help break traveler’s isolation.

Have you experienced lucid dreaming while traveling? Share your experiences below.

Wondering how to craft a dream journal? Then check out Joshua Johnson’s guide to Keeping a Dream Journal. Don’t forget to tune into those “awake” dreams, especially What Was Your Childhood Travel Dream?

May 13, 2020 Matthew Meltzer
✖
travelstoke
Download the mobile app
stoked by