View all travel news
Top Countries
Top CitiesView All Destinations
Trending Regions
Trending Cities
Load More
Do you wonder if you can call any place home? You might belong to the nation of soul seekers. 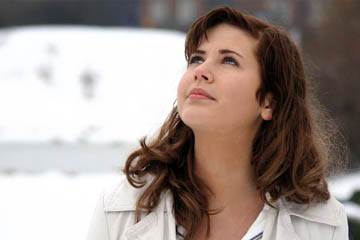 “Where is your Russian-ness, Katia?” an ex-boyfriend once accused me while visiting me in Amsterdam.

His remark was provoked by the fact that I didn’t offer him a whole cooked dinner – only a cup of tea with a cookie.

I wasn’t happy about his remark but I did start to think about my Russian-ness later, when I saw a program on Russia on the television.

The presenter of the program described Russian people as the nation of soul seekers, who dwell upon questions about existence even when there is no food in the house.

I was sad about the fact that some of my Russian roots seem to have gone to the wind, especially when the criticism came from a man with whom I used to have vivid fights about democracy in Russia.

“You don’t know the meaning of democracy in the Western world! And stop talking about my country in such a bad way,” I would shout at him, even ready to defend the image of my country in a physical way.

Keep On Keepin’ On

There seems to be little research on â€˜soul-seekers’ – those who leave their country with no precise idea as to where the journey will take them.

Nowadays, however, when someone asks me about the politics in Russia, I simply smile in an English elusive sweet way (I am in the UK now) and say something like: “Or you know, we always manage.”

But there seems to be little research on so-called â€˜soul-seekers’ – those who leave their country with no precise idea as to where the journey will take them.

My friend from Italy is a perfect example of a â€˜soul-seeker’. We met while studying in Belgium, she from Italy, me from Russia, and we both traveled to different countries afterwards. Margerita went to Russia, I went to the Netherlands.

For a while, Margerita stayed in the Netherlands, while I returned to Belgium, and I remember what she told me on one occasion: “I don’t know what is worse, to live in total misery or not knowing where you belong.”

No End In Sight

On a TV program in Russia, one man described how my people have always managed to live under extremely difficult conditions. He said:

“Here in Russia, we have life and daily survival. Life is about discovery, when you read, or write, or listen to music or just try to answer the questions about existence and the world around you. And daily survival is the job, the cleaning, metro, sleep. Here in Russia most people prefer to live.”

I would apply his description to the nation of soul-seekers, and all those who go for the discovery of wonder.

It happened to me. Never in my early life did I imagine I would leave Russia at the age of nineteen and change four countries of residence in eleven years.

I became a strange Russian-European hybrid. I have nostalgia for four different places and don’t feel one hundred percent happy in any of them, because I miss the other three.

I am simply between countries, cultures, friends, jobs and languages and am not sure whether I will ever settle in any of the places I visit. Travel is like an addiction.

I know that there are more and more people like me. They go to discover the world but realize at some point that they don’t know where they belong anymore.

Your own culture back at home may simply be not enough once you return. And so you travel again and again and again. Until you find your better half or reach retirement.

Frankly I am not sure what is more likely to happen, as I’m not married nor am I entitled to a retirement yet.