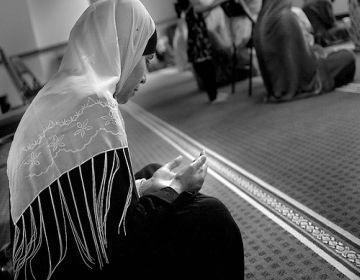 Without going into what I think about the increased TSA enhanced screening techniques implemented after the attempted December 25th attack, I found this editorial comment to the Town Talk fascinating.

The writer, Jerry Doyle, is referring to guest commentary written by Mary Manjikian, former U.S. Foreign Service officer and visiting lecturer at Regent University, to the newspaper. In it, she notes that new airport screening techniques such as body scans and pat-downs, with targeted use to visitors from Saudi Arabia, Nigeria, Yemen and other countries of interest:

…subjects Middle Eastern women to sexual harassment and to a hostile environment upon their arrival in America.

Given, we’ve got some real winners over in the TSA, including the guy who was recently fired for a prank on a 22-year-old college student, after producing a bag of white powder from her computer case and demanding to know where she got it from.

Plus, the effectiveness of the TSA certainly has left something to be desired over the past nine years. As writer Becky Akers noted in a 2006 piece on Alternet, Rep. Christopher Cox, chairman of the Homeland Security Committee in May 2005, explained why the TSA spent $4.5 billion on manufacturing equipment:

He also inadvertently admitted that the agency is merely window-dressing for the Feds: “After 9/11, we had to show how committed we were by spending hugely greater amounts of money than ever before, as rapidly as possible.”

But do these new techniques, supposedly put in place to make us safer, really feel that threatening to Muslim women? 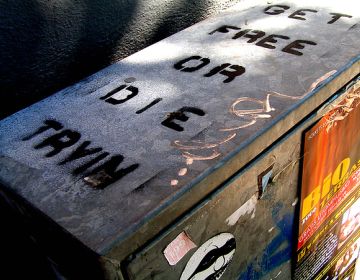 Alright, getting back to Doyle and his response to Manjikian. He argues that Manjikian is “suspiciously quiet” about the “gross human rights violations against women and religious minorities in these countries.”

He continues that the Koran “in many ways dehumanizes and subjugates Middle Eastern women,” notes that in Pakistan, an average of two women a day die from “honor killings,” while in Tunisia and Algeria, Muslim women cannot marry legally outside the faith while men can, and that in many Muslim countries, marital rape is not recognized at all.

Here is his final point:

Ms. Manjikian’s sulfurous anger over [enhanced screening techniques]…strikes no emotional chord with me…the United States is in the midst of a war on terrorism and as our society moves forward in countering the terrorists’ aggressive acts to kill Americans, it will be a struggle for all Americans, but especially for Middle Eastern Americans (including Ms. Manjikian), to reconcile contemporary life with the ancestral truths of Islam.

Wow. On the one hand, this brings up the same debate that occurred after 9/11 about whether or not we (often meaning those of Middle-Eastern descent, of course) must give up our personal freedoms for the good of freedom overall, or if that approach simply defeats the purpose.

But I think this is the first time I’ve seen the argument made within the context of women, in this case of Middle Eastern descent, needing to give up what they consider their rights around their body, based on the fact that we consider what they have to go through at home as being worse.

I’m not trying to say that Doyle does not make good points about what a lot (though not all, let’s remind ourselves) Middle Eastern women face. But would we stand for white American women being “processed” in a fashion that we considered sexual harassment in another country, even though that country did not have the same beliefs? Better yet, would we stand for white men facing such trials?

I’m extremely curious to hear your thoughts on the subject. Please share them below.

Be sure to check out Tom Gates’ harrowing experience with security at Heathrow Airport in Locked Down At London Heathrow.