01:00 May 5, 2020
Top Countries
Top CitiesView All Destinations
Trending Countries
Trending Cities
Load More
And you thought wittiness was relegated to the Brits. 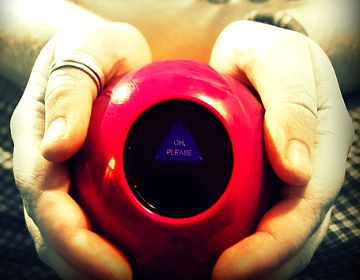 Here’s an interesting question I came across on Reddit yesterday:

Does sarcasm exist in every culture?

Naturally, there were a host of replies. More than one person questioned if the Canadians “get” sarcasm (uh oh, expect to hear a few replies to that statement).

Another replier said they had a “friend” whose family lives in Puerto Rico and they don’t get sarcasm. And according to yet another person, sarcasm in Portugal is practically nonexistent.

Don’t forget about those Japanese:

I lived in Japan for some time, and socialized with many locals, and it does NOT seem to be a part of the culture there.

But, according to a LiveScience article, sarcasm is actually a part of our evolution. If you don’t get sarcasm, then apparently you must have some damage to your “parahippocampal gyrus”, a part of the right brain.

And the reason it is so important to understand sarcasm is due to its impact on our social intelligence, as that’s part of what makes us successful as a species. So if you don’t get that you are the butt of a joke, I guess that means Darwin would’ve sent you to the back of the classroom.

Seems like the consensus over at Reddit is that most cultures use sarcasm to “keep people in check”, to not let achievements go to their head, and to maintain some form of equality.

It’s hard to pick up on the intricacies of sarcasm in a tongue that’s not your own.

But I can’t help but question the people who say that foreigners don’t get their sarcasm – maybe because it’s not their native tongue? It’s hard to pick up on the intricacies of sarcasm in a language that’s not your own, but that doesn’t mean those people don’t have plenty of sarcasm happening in their own vernacular.

Luckily here at the Matador Network, we’ve got Nights editors Kate Sedgwick and Tom Gates to keep our witty evolution moving along nicely.

Do you think sarcasm is prevalent in non-Western cultures? Share your thoughts below.