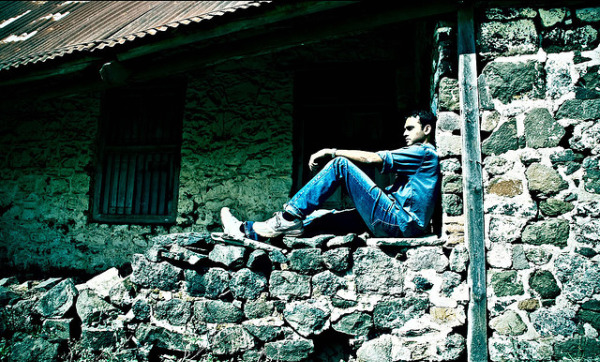 Anne Hoffman understands she must leave Spain when the loneliness overwhelms her, but isn’t sure what to do when the pain is still there at home.

His mother had a worried look, a quiet, small frown that spoke trepidation. I wondered if it was because of our emergency room setting, or something deeper. He smiled at me, she looked away, preoccupied.

He touched her hip, swollen from the birth. She smiled and sat down, waiting. Mario cried in his little baby way. She offered him what she could, although that wasn’t much. Her breast full and her nipples distended, Dad continued with his rugged optimism, roughly translated as “hey, champ” and “be good to your mom, kiddo.”

And then they called my name. You don’t have a kidney infection. Also, you speak Spanish well, you good little foreigner. I ate something with eggs and potato, downed my coffee to feel something warm inside. I left through a different exit, shivered in the cold autumn air, and wandered a bit before finally going home.

I looked into some shop windows, I saw myself. Do I fit here?

I looked into some shop windows, I saw myself. Dark circles under my eyes, thinner than normal, clothes that looked more 90s than European. Do I fit here? On the metro I thought about going back to work the next day. The kids, their screaming teacher, how she reminded me of Francisco Franco.

It was already getting late, the antibiotics were making me tired. At night I had a hard time falling asleep. I thought about Barack Obama and how I wouldn’t be there when he was elected. How my absentee ballot might end up lost in air travel, or worse, consciously uncounted.

The next day I woke up early, went to a cafe down the street, indifferently absorbing the morning news. A group of three came in to eat before work. One of the women had deep, dark circles under her eyes like mine. She looked at me in a wide-eyed way. It seemed to me a look of disgust.

Through the Looking Glass 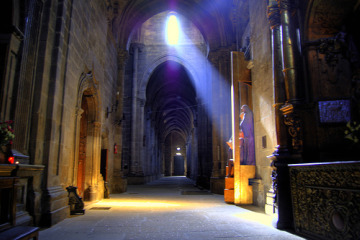 Everything in Spain felt distorted. I could never slow down and fall into a rhythm. When street canvassers asked me if I had a minute, I told them I couldn’t speak Spanish.

When they answered in English, I knew I was floundering. None of my tricks, my survival tactics, were working. I felt sick, unconnected, lonely. It was absolutely time.

When I got back to my parents house, it was just the beginning of November. The woodsmoke, mid-Atlantic air seemed to choke me with regret. What had I done? I left Spain. I actually left. For breakfast I ate pumpkin pie, I searched for jobs in a recession. All of a sudden I had to decide what I wanted.

Every door was closed to me.

After I voted for Barack Obama, after he said:

If there is anyone out there who still doubts that America is a place where all things are possible; who still wonders if the dream of our founders is alive in our time; who still questions the power of our democracy, tonight is your answer –

– I decided to speak to a counselor.

Even though the new president’s words evoked no response in my numbness, something inside of me knew he was right. Something compelled me to go to therapy to figure this out. 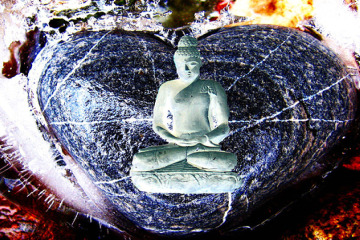 When I went into my therapist’s office, there were Rumi quotes on the walls and she had lit some candles. I cried through the whole thing, so enmeshed in that dark place where everything hurt, where it all seemed harder than it should be.

She listened and provided the type of remarkable gift I needed that day: the sense that I was not alone, not separate. My experience was completely human. ‘Give yourself a lot of permission right now’, she told me when I asked for advice.

Over the next few months I started to meditate, and the meditation gave me the strength to sit with my pain, to hold it. When I did that, when I stopped running, the pain changed. It was still there, but so was self-compassion.

I found some resilience in being non-judgmental. I saw my Spain experience for what it was, and I let it go.

I saw my Spain experience for what it was, and I let it go.

I’m leaving again soon, again in the fall. I’ve been working and settled in my hometown for two years, and I’m heading out come late August. I’m still afraid of flying, and not too crazy about loneliness.

What I went through in Spain might be called by some a quarterlife crisis, and nothing more. Maybe that’s what it was, but I can think of many ways I could have side-stepped it. If I’d stayed home, or moved to another city in the States after college, my experience would have been different.

It was the sense that I was totally alone, a complete outsider, without physical and emotional strength, that compelled me to talk with a counselor, explore some deeper issues, and ultimately start writing again. Before Spain, I knew that there were some complex thoughts and feelings bubbling beneath my surface, but I flitted around them like a butterfly.

Have you had a travel experience that opened you to seeking outside help? Share the experience below.

What did you think of this article?
Meh
Good
Awesome
Bookmark
Posted In
Travel
Destinations
Spain

Iconic Barcelona architecture that you can check out for free

Over 11,000 sign petition to restrict cruise ships in Mallorca

How to explore the rugged side of the Canary Islands

Why Granada is our favorite city in Spain

Secret Ibiza: How to find peace on a party island

These rural hotels are reshaping tourism in Menorca