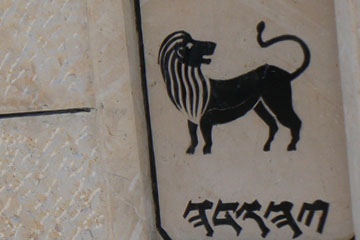 For millions of people across the globe, Passover and Easter have become quiet, family-oriented festivals – or have degenerated into a long weekend and an opportunity to eat too much chocolate.

But for the Samaritan community, most of whom are split between Mount Gerizim in the Palestinian West Bank and Holon, outside Tel Aviv in Israel, Passover is a much more dramatic – and bloody – affair.

The Samaritans – whose name is probably most familiar from the counseling helpline or from the Biblical parable of the man who helped a beaten traveler – consider themselves to be practicing ancient rituals as they were set down in the Torah and carried out by Moses.

As a result, instead of a seder-night decorated plate of foods symbolizing the Jewish people’s escape from slavery in Egypt, the Samaritans slaughter sheep at a specially-built compound on Mount Gerizim and roast the meat in underground pits, wrapped in straw and sand to keep in the heat.

The sacrificial portions of each animal are burnt on the altar, and the cooked meat distributed around the community along with the unleavened bread and bitter herbs which represent their people’s freedom.

And, rejecting the Jewish, Christian and Islamic focus on the Jerusalem, the ritual takes place on the windswept heights of Mount Gerizim, which the Samaritans believe was the true site chosen by God for the Temple.

The Time Of Moses

After eight years of guiding tour groups in the West Bank and volunteering with Palestinian communities there, I finally visited the Samaritans in 2009.

Wouldn’t such a small community be tired of journalists and random travellers turning up and asking questions about their beliefs?

A local taxi took us up the hillside from the bustling centre of Nablus, but we had to walk the last leg. A checkpoint separates the Samaritan village from Nablus, and although Samaritans can visit the city to shop, work and socialise, Palestinians are not allowed up onto the mountain.

I approached the large Samaritan homes with a certain amount of trepidation. Wouldn’t such a small community be tired of journalists and random travellers turning up and asking questions about their beliefs?

I couldn’t have been more wrong. Despite the sketchy arrangements I’d been able to make by email, we easily found the home of Benny Tsedaka, editor of the Samaritan newspaper and the community’s historian. He was eager to convey all he knew about his people and their fight for survival, and with him, doors to some of the Samaritans’ most senior figures opened up.

“At Passover, all the community come here, all 700, including the people who live in Holon, and many thousands of curious people who want to see how it was in the time of Moses,” said Tsedaka, proud of the differences between his version of Passover and that of mainstream Jews. “All of it is written in the book of Exodus, chapters 12, 13 and 14. You don’t have to go to Cecil B de Mille – you can see it here.”

“We live according to the orders of the Pentateuch,” said Elazar ben Tsedaka ben Yitzhaq, the late High Priest of the Samaritans, who died in February 2010. 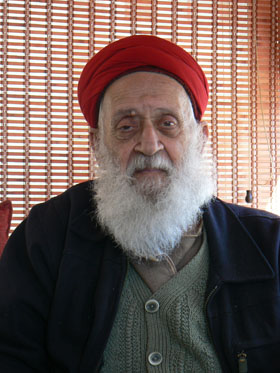 He – and his successor – claim continuous descent from Aaron, the brother of Moses, and amongst the Samaritans’ records are a complete list of the community’s high priests stretching across more than 130 generations. “Mount Gerizim is our holy of holies; we have kept it holy for 3600 years,” he added.

These ancient customs came very close to dying out. In the late nineteenth century, the Samaritan community had dwindled from a million people at the time of Christ to just 150. Centuries of persecution, including the bloody suppression of revolts against the Byzantine empire, and forced conversions by successive Christian and Islamic rulers in the Middle East had reduced their numbers.

The Samaritans’ strict observation of cleanliness laws also meant that they often only married within the community – a practice which has at times resulted in high levels of genetic illness.

But, says Benny Tsedaka, the Samaritans’ fortunes are resurgent. “We are now the youngest entity in the world as well as one of the oldest. Most Samaritans are now under 25 years of age and the Mount Gerizim and Holon populations number over 700 people in total.”

According to the late high priest, “our increase is dependent on many things – enough money, enough girls for weddings, and that they are good mothers.”

A Dialogue Between People

As well as reviving their people’s numbers, modern-day Samaritans have faced the challenge of surviving in the tense and often dangerous surroundings with the continued Israeli occupation of the Palestinian West Bank. 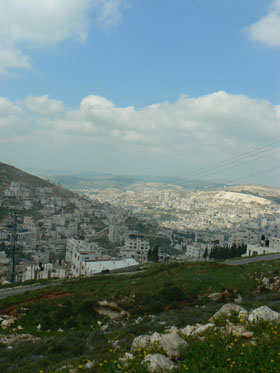 Many young people from Holon’s Samaritan population accept conscription into the Israeli army, although they are allowed special conditions to allow for their strict interpretation of kosher dietary laws. On the other hand, the Samaritans have also been represented in Palestinian political structures, and even after their automatic seat in the Palestinian legislature was abolished, the Samaritan candidate received over 2,000 Palestinian votes.

The last of Nablus’ Samaritans moved from the cramped Old City onto Mount Gerizim in the late 1990s, fearing the rising tensions which in 2000 erupted into the Second Intifada.

“The neighbourhood is still ours,” says Benny Tsedaka, “but the property is rented to Palestinians.” But despite this, he said, “every day, we pass through the checkpoint to go to Nablus – to work there, to shop there. I go myself to meet my Palestinian friends. We manoeuvre between the Israeli civilian administration and the Palestinian Authority – the best policy is always to keep a smile on your face for everybody.”

“Even though there are only 300 Samaritans on the mountain, all of Nablus celebrates our feast,” added Zebelun, an octagenarian elder of the community, who was born in Nablus in 1928 and was educated and worked for decades alongside local Palestinians.

“The Samaritans here speak Arabic very well, we mingle together easily and without any enmity,” he claimed, although he admitted that during his career as an English teacher he at times came into conflict with both the Jordanian and Israeli authorities.

But “here on Mount Gerizim we live in a kind of paradise,” says Tsedaka. “Good weather, nobody harming us, and we try to act as a place of dialogue between all people.”

Have you visited the Samaritans? Share your thoughts in the comments!