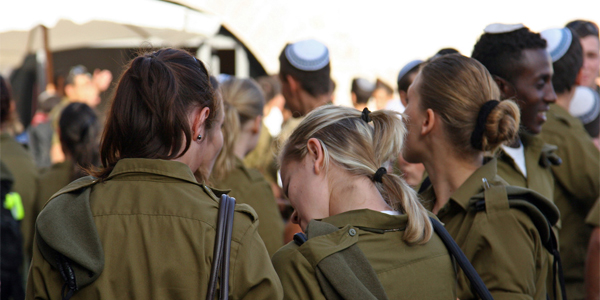 Almost since its inception, Israel has been in conflict. What role does war play in shaping the Jewish states’ identity?

I’m on a bus in Israel leaving the airport. It’s very early in the morning. The day is already so hot you can see waves of heat shimmering off the highway.

I feel like I always do at the start of a great adventure: jet lagged, thirsty, excited. The buildings of Tel Aviv are getting smaller the further we drive. Our tour guide, his name is Eitan, is talking into a microphone.

“As we head out of the city you’ll see a lot of countryside,” he says, his blue eyes gazing fondly out the window at his adopted homeland (Eitan is American, you see, and he has “made aliyah,” or taken Israel as his homeland and chosen a Hebrew name).

“Israel is not all desert like you might have thought.” I pay attention now, because this is what I did in fact think. “Look at that field of sunflowers, for example.”

I look out the window to my left and see the tall yellow flowers. I’m thinking they are pretty and picturesque, then Eitan says, “Don’t they look like proud soldiers lined up ready for battle?”

It won’t occur to me until much later, when my ten-day tour around Israel is finished and I’m back in the safety of my predictable, air-conditioned American life, that this comment represents two things I’ve come to understand about Israel and its people.

I’m on this whirlwind tour of the Holy Land courtesy of Birthright, a foundation that offers every American with Jewish heritage a free trip to Israel.

I went into my trip to Israel a veritable clean slate, a sheltered girl from small-town Nevada with no strong political convictions.

The only requirements are that you’re between the ages of 18 and 26 and you have at least one Jewish parent. That’s it.

Birthright gives you an all-expenses paid tour (I’m talking airfare, food, accommodation, everything) around Israel to learn about the country and its complicated past and precarious future.

Although my father is Jewish and I grew up going to Passover at my grandmother’s house, I consider myself more “Jew-ish” than Jewish (as one girl on my trip put it during one of many group conversations on Jewish identity).

At this point in my life I don’t follow Judaism or any religion for that matter. Culturally, I’m kinda whatever, celebrating Christmas and Groundhog Day and any other holiday that seems like fun.

I went into my trip to Israel a veritable clean slate, a sheltered girl from small-town Nevada with no strong political convictions. An agnostic in faith and in life. I didn’t know much about Israelis as a people, and knew hardly anything about the politics of the region.

I came out of my trip with dates and history and passionate speeches rattling around in my head, less sure than ever who should have rightful “ownership” of the land. 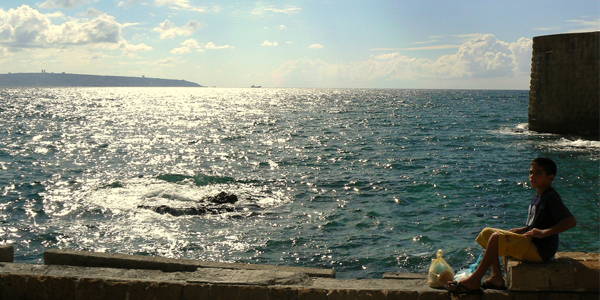 On day one we arrived in the Galilee, the northernmost region of Israel. As we drive past the rugged hills and occasional olive tree, Eitan mentions, “Someone famous performed most of his miracles here.”

The Son of God would be mentioned occasionally throughout the trip as a sort of background player. Like the keyboardist in a band.

You might have heard of that someone. His name is Jesus Christ.

The Son of God would be mentioned occasionally throughout the trip as a sort of background player. Like the keyboardist in a band. This surprises me, which makes me realize I’m more culturally Christian than I thought.

We drop off our luggage at the first of several hostels and head directly to hike Mt. Arbel. That night we watched the moon rise over the Sea of Galilee, drank cold Israeli beer, and talked about our backgrounds and what we hoped to learn on the trip.

Most days would be like that first one. Up at dawn for the first hike of the day, museums and synagogues, lectures by intense Zionists and Holocaust survivors, complex conversations in the evenings about the future of Israel.

We float down the Jordan River and hike up steep canyons. We go to a kibbutz in the Golan Heights called Misgav Am, where we have a regional view of Lebanon, Syria, and Hezbollah headquarters, as well as a passionate discourse on Israel’s right to fight by an expatriate American who has fought in four of Israel’s wars.

I especially enjoy the day we spend navigating the steep streets of Tzfat, built into a mountain and known for its artist colonies and as the birthplace of Kabballah. 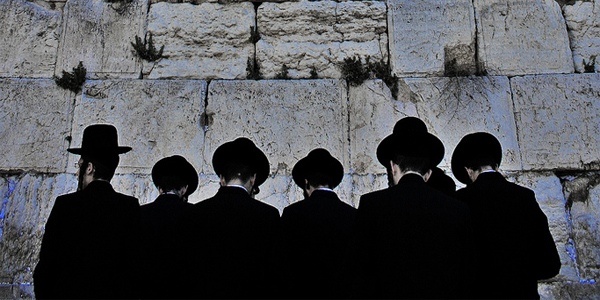 There is the salty air in the haunting ocean caves of Rosh Hanikra. There are the tears in the hallways of Yad Vashem, the Holocaust museum.

We navigate the crowded stalls of Jerusalem and Tel Aviv’s markets, squeezing peaches and bargaining with our best version of todah, Hebrew for “thank you.”

We see Jaffa at sunset (where the human race has had a city since the beginning of time). We pretend to be comfortable sleeping in a Bedouin tent and rise at dawn for a camel ride.

I pick up white chalky stones in the riverbed where David fought Goliath (I later put them on my desk at home to remind me I can overcome any obstacle).

I touch the smooth pillars in a small, non-descript chapel in Jerusalem where the Last Supper took place. I peer down into a deep, dark canyon where babies were sacrificed in ancient times-the canyon that inspired the concept of Hell.

Most significantly: we travel with eight Israeli soldiers who are impossibly exotic in our eyes, though they look just like the Americans we grew up with.

They have the same discussions on dating and pop culture as we do, yet their lives have been punctuated by periods in which “every day is like 9/11.”

Like most tourists, we visited the Western Wall during our tour of the old city. But on our trip, we went twice. Once in the day and once at night.

Maybe having a common enemy, a constant threat to safety, is the ironical path to happiness.

During the night visit, I stood with my forehead touching The Wall, the ground beneath me finally cool after a day of scorching heat. The air around me was filled with the hushed chatter of a thousand worshipers.

I know I’m supposed to be praying or asking forgiveness or in the very least thinking profound thoughts, but instead I’m mesmerized by the women around me, young and old, their hands pressed together, some bobbing rhythmically to the verses in their heads.

Watching them, I feel both disturbed by and strangely envious of their devotion.

For the first time in my life, I felt seduced by the idea of belonging to a religion.

Of belonging to a nation where fighting for its defense is the rule rather than the exception. So many of us Americans create our own problems. Depression. Anxiety.

Maybe having a common enemy, a constant threat to safety, is the ironical path to happiness.

The Value Of Identity

Have we forgotten that humans like to be challenged, have something to fight for, to believe in? We thrive on these feelings because they give us an identity.

I reached out and touched The Wall. I slipped my folded note into the ancient crevices, and I pressed my palm flat against the stone.

In that moment I felt a rush, of hope, of sorrow, of belonging.

And then, all at the same time, I became aware of a Jewish woman to my left reciting verses in Hebrew, and the tall minaret by the Dome of the Rock singing the Muslim call to prayer.

And quite softly but distinct still, church bells ringing somewhere nearby.