14:06 Apr 22, 2020
Top Countries
Top CitiesView All Destinations
Trending Countries
Trending Cities
Load More
Travelers are the conquerors of the 21st century. But they are also the ambassadors for change. 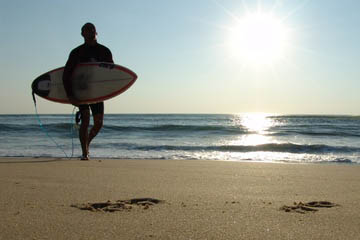 It’s a slightly overcast morning, and another steady stream of glorious lefts peel off the point.

Magazine picture-perfect as they might be, their faces are empty for the moment-even though this point is in front of a town of 40,000 and just a few kilometers from a city of 700,000.

There is a good surfing population here and, as a surfer, I couldn’t help but wonder how so many waves like this could go un-ridden. But here things are little less complicated; it’s Peru, the water is cool, and people are poor.

It’s not the cold water that keeps the locals out of the water, but the poor and its gritty antipathy towards, among more important things, wetsuits and surfboards.

Of course, I have a wetsuit-a new one-and a surfboard: so I’m off to enjoy the swell, passing and greeting the same smiling faces as I go.

There is nothing overtly wrong in this situation; but, at the same time, it doesn’t feel entirely right for a gringo blithely passing local surfers unable to surf their own beautiful waves.

This traveling experience is not limited to just the wave seekers and their local counterparts. It is commonplace when traveling to poor places.

As travelers, we’re in the business of experience appropriation. We are the conquistadors of the 21st century

As travelers, we’re in the business of experience appropriation.

We are the conquistadors of the 21st century; but, instead of searching for a city of gold we are searching for experiences of gold: the most beautiful glaciers, the longest waves, the most incredible parties, the tastiest wine, the most delectable food, and so on.

We are in search of stories and photos and, hopefully a heightened sense of self-awareness.

We are collectors of geography, of the ability to turn the abstract lines of a map into the concrete contours of a face or bustling avenue or 2nd century temple. Upwards, onwards, conquering experiences that are often times out of reach of most of our hosts.

The obvious distinction to be drawn between the modern traveler and a Senor Pizarro is, well, obvious: I’ve yet to share a hostel dorm room with a slave driving, gold obsessed despot bent on conquering local populations.

The experiences we are conquering are, at least in theory, not scarce. There is nothing in our enjoying the view of Kilimanjaro and IguaÃ§u that precludes others from doing the same. 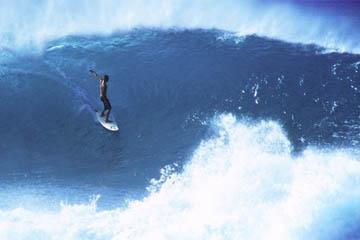 Actually, rather than bringing the capital out, we’re often the ones bringing capital in, with our gringo-dollars at times bankrolling entire communities.

One of the crutches of travelers is the instinctive nature to focus on differences. Often we’re traveling to escape from routine, to douse ourselves in newness. So we hone in on the way people are different: how they get on a bus, the food they eat, the way they dress.

But in doing so, the generally minor, culturally born differences are overemphasized at the expense of the underlying reality.

Because when you actually take the time to integrate yourself, when you become aware of people not as just doing strange things or acting out roles in some foreign language theater, you realize that (go figure) they’re just people.

People who want to spend time with friends and family, have sex, watch movies, go dancing, have a nice place to live, travel, surf and so on.

This realization comes with a price: if by focusing on differences we effectively mitigate the awareness of inequality, here we are exposed to the arbitrariness of it all

We are forced to chew on the fact that most people in this world can’t even enjoy the best of their own countries.

There is no good reason that travelers like me are riding on our globe-trotting horses.

Our experience conquests are financed largely by chance, through a lottery of genes and parenting and political borders. We are forced to chew on the fact that most people in this world can’t even enjoy the best of their own countries, their own cities-much less far-flung continents.

Try looking for a comfortable, merit-based explanation for why we are in a position to do what we’re doing and you’ll feel pretty stupid. It’s awkward.

I hardly believe in moral imperatives, but I think one of the effects of genuine travel is the forcing of this ‘humane awkwardness’, and stimulating those who can’t help but respond to it- out of guilt, obligation or just plain goodness.

I guess I’m here with the first of these. I can’t help but absorb the inequity walking by far better surfers unable to surf because they can’t afford a wetsuit.

So I don’t know. Next time I guess I’ll leave the stickers at home, clean out the closet, and bring some extra neoprene.

What do you think of ‘human awkwardness’? Share your thoughts in the comments!