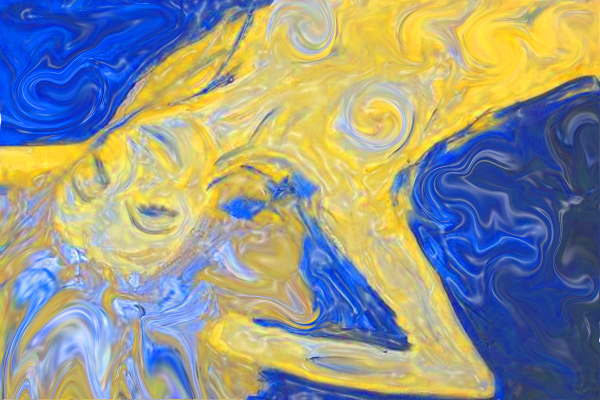 A 90-minute Immersion in Me, Myself and I.

On Friday, I had my first isolation tank experience. I spent 90 minutes floating butt naked in complete darkness, complete silence, in a giant tank of salt water in the depths of a Chelsea apartment building.

I’d wanted to try a tank experience since hearing about the idea from comedian Joe Rogan. I really, really wanted to do it after seeing Altered States (spoiler alert: William Hurt turns into a damn, dirty monkey).

After a good bit of research, I found Blue Light Floatation here in New York City.

The cons: The tank is located in some dude’s apartment in Chelsea.

A more suspicious person might have been worried about stripping down in a back room of a stranger’s apartment. Was this “flotation tank” thing just a cover for luring naive hippies into a dark basement? I was comfortable enough in my masculinity to put my cynicism aside and investigate further.

I called Blue Light to make an evening appointment. I was a little nervous prior to going in, and the macaroni salad gurgling in my stomach didn’t help. Like a moron I’d ignored the warning against eating anything too heavy before floating — but pasta floats, right?

Welcome to the Blue Light Special

In the lobby of the upscale Chelsea apartment building, a cranky doorman directed me upstairs. Sam Zeiger, owner of Blue Light, greeted me at his apartment door and I was immediately reassured by his calm and very chill demeanor. He seemed like a cross between Bob Ross and the late director Sydney Pollack.

The first thing I noticed about the place was that it smelled like a day spa. I breathed in the light, airy, eucalyptus fragrance and tried to calm my stomach.

Sam sat me down in his living room, tastefully adorned in New Age-chic, and talked me through the procedures (showering, tank controls, etc.). He explained a little bit about what to expect and how to position myself in the tank to make the experience more enjoyable.

Sam keeps his place very clean, with an almost OCD-like compulsion, and the tank itself is extremely well-maintained. I was told that the water is similar to distilled water and goes through five filtering processes between each use.

I’d scheduled a 60-minute session over the phone, but Sam suggested that I might benefit from 90 minutes for my first time. He said that it often takes newbies a little while to get settled and separate from the craziness of the city still resonating their brains. In fact, on your first time it can sometimes take 30-40 minutes before you can really release and melt into the experience… and it is an experience. 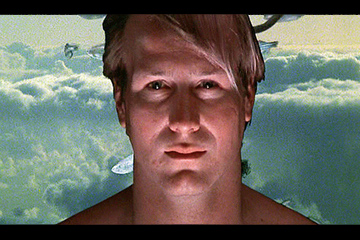 After slipping into the tank and shutting off the lights, a calm came over me. A 1000 pounds of Epsom salts helped to buoy me gently. I felt sort of like that giddy teddy bear jumping into a pile of soft clothes in the Snuggle fabric softner commercial. Soon, I began to notice green and blue lights flashing in the dark. I guess being deprived of sensory input causes the brain to scramble for anything to hang on to, and then, finding nothing, it just starts making things up.

Sam had recommended a mindfulness exercise to help focus my mind after allowing the water to settle. I followed his advice and began focusing on individual parts of my body — starting with the feet, then ankles, then upper legs, and working up to my head.

The water, the air and your skin are all the same temperature, so you have no idea where you end and the water begins. After a while, it no longer feels like water. There’s a stillness unlike anything I’ve ever felt, and as my mind began to detach from the physical surroundings, I started to feel like my consciousness was floating in space.

I continued to sink more deeply into the experience, then was startled by an electrical jolt. Later, another one. My arms and legs periodically buzzed with some sort of residual electricity.

I found my mind wandering in interesting directions. I started examining different aspects of my life. Not in an in-depth, “serious introspection” kind of way, but more in a light-touch, “hey-what-are-my-brain-and-consciousness… really?” kind of way.

When the 90 minutes were up, Sam piped in some calming music to prompt me that my journey was about to end. Noooo! Just 5 more minutes… please!

As I lifted my head out of the water, and then my chest, everything felt really heavy. I wondered if this was how astronauts experience returning from space and feeling gravity as super strong.

I slowly got up and showered off the salt. Sam then met me in the living room with a nice cool tea and we chatted about the experience for a few minutes.

Overall, I wouldn’t necessarily say that this first tank experience was life changing, but I did get a glimpse of the potential for transformation (and hallucination).

After this first session, I’m excited about seeing what could happen in future immersions — once my brain has had a chance to get used to the environment and the novelty of the unfamiliar wears off, allowing a deeper descent into the depths of my mind.

It’s definitely something I think you should experience at least once. Floating in the isolation tank helps quiet your mind, and there is a serene feeling of relaxation. And honestly, to me it felt more relaxing than a massage.

In a future article, I’ll share a little bit more about the fascinating 60-year history of flotation tanks, and some of the wild stories people have told about their experiences.

What do you think about isolation tanks? Have you ever been in one? Share your thoughts below.