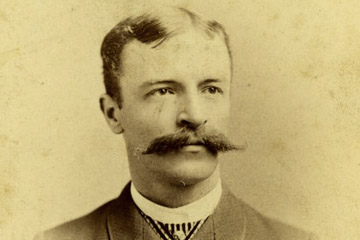 I had to chuckle when I came across a recent article in the San Francisco Chronicle that named the top 10 sex scandals in the history of the city.

San Fran, itself birthed from all of the scandal-prone bandits who found their way West, has had some doozies.

As the Chronicle reported:

San Francisco was one wild town in the mid-1800s when it lurched into prominence as a Gold Rush creation of loose pistols, loose wallets and loose women. Brothels proliferated and illegal homosexuality was winked at. Sex wasn’t so much a hush-hush Victorian taboo as it was an open way of life.

But, alas, things have changed a bit, and now the city houses a class of people that have a few reasons to blush.

Relatively recent ones include the “the cable car nymphomaniac” who knocked her head while riding one of the street cars, which unleashed a sexual deviant. She sued the transit system 5 years later, proclaiming the accident had caused her to take over 100 lovers because of her now insatiable need for lovin’.

And of course, the city’s current Mayor had an affair with his appointments secretary. Probably wouldn’t have been that big a deal, but she was the wife of his best friend and campaign manager. Oops. And yeah, he was still re-elected, though with a different campaign manager, I assume.

I decided there are probably even more scandalous scandals out in the rest of the world over the past few 1000 or so years, and it was up to me to research this hard-to-handle subject area.

And boy, were there. Here’s a list of eight ones that stuck out above the others for one reason or another. 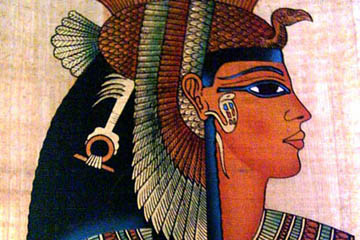 Cleopatra. She rocked it, first with Julius Caeser and then Mark Antony, causing both of their downfalls. Hot mama? Go figure.

Henry VIII. Has anyone had more movies made and books written about him (well, at least the Tudors)? He became bored with a wife, or needed a new one for political purposes, and well, you know what happened (to be fair, only two were beheaded). Not sure I personally would have stepped up to the plate, say after number two…

Catherine the Great. Yeah, you’ve heard the death rumors, maybe even in your 7th grade World History class. A woman with a penchant for horses between her legs (I’m just talking about her love for riding horses astride), along with a healthy sexual appetite. Did it lead to her death?

This one is a rumor that according to Robert Wilde came about because “her voracious sexual appetite – while modest by modern standards – meant that the rumours [of her death] had to be even wilder.” 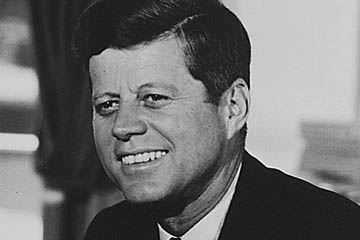 JFK – gets migraines without sex.

JFK. Not sure where to begin with him, so I’ll just focus on the whole pass-Marilyn-off-to-my-brother-when-I’m-done situation.

Well, that about does it.

Ok, here’s a bit more: in a short written history of the President, the author noted Kennedy once told a friend “you know, I get a migraine headache if I don’t get a strange piece of ass every day” (though one book claims it was Jack who had the problems in bed).

For a longer list of political scandals, check out Forbes’ A World Of Sex Scandals or Time’s Top 10 Political Sex Scandals.

Bill Clinton. Sorry, had to do it. Although the ridiculousness of the focus on this one (“I did NOT have sexual relations with that woman”) made the US the laughing stock of the world, who didn’t (other than Hillary) wish we could go back to the days of Monica and the impeachment during Bush’s tour de force?

It’s been said many times before and I’ll say it again: When Clinton lied, nobody died. Well, at least no one who was a part of the sex scandal.

Willlie Knuckles. Haven’t heard of him? Well, he was the Chief of Staff in Liberia until February 2007…until photographs of him fully nude with two women other than his wife surfaced in the papers. He served under President Ellen Johnson-Sirleaf, a longtime campaigner for women’s rights.

Although his behavior was not deemed “illegal,” the whole wife-and-kids package made it just a bit, well, immoral. 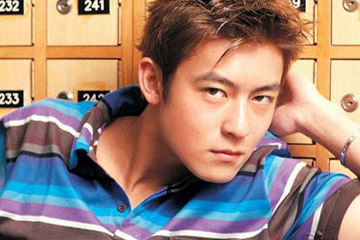 This list has to include some scandalous movie stars, considering the industry and scandal are one-in-the-same.

Edison Chen. Hong Kong’s movie star (he was in the award winning The Grudge 2, apparently) Chen liked to use his status to have some sexy time with the (younger) ladies. This included Gillian Chung, a teeny-bop pop star who’s been in ads for Disneyland; Cecilia Cheung and Bobo Chan, two other actresses; and several other lesser stars, with some regular girls thrown in for good measure.

Though it might have been a light affair in say, the UK, when pictures of Chen and his lady friends hit the newspapers in Hong Kong in 2008, the country was in an uproar. Check out some “edited” pictures of the obviously virile Chen at Gawker.com.

Hayden Kho. A cosmetic surgeon in the Philippines recently rocked the devoutly Catholic country to its core.

Seems he enjoyed going beyond the friendly doctor-patient relationship into the steamy arena of sexual home-movie land. With young actresses. Four of them.

While in the US, these types of videos would guarantee unfounded fame and money been thrown at you for the next ten years for party appearances (ok, sorry, I had to reference Paris. I just HAD to), in the Philippines, it pretty much means these actresses’ lives are over.

Now they’re straight to DVD, as hawkers sell the videos on street corners of Manila.

When it comes to sex, it seems we never learn.