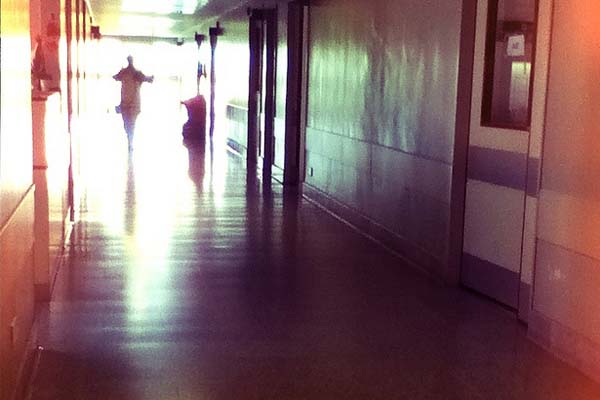 Jane Nemis put herself through school working in a burn unit. Here she recalls a vivid experience.

THE LAST FEW DAYS have been reflective. Memories that I had carefully buried away resurfaced and, along with them, a flood of emotions from the past.

I remember, clearly, the voice of a mother comforting her dying daughter. In those precious few moments left, setting aside her own pain and anguish to give her child love and comfort. As the nurses came and went, adjusting…checking…bringing water…passing messages.

The phuuoshhhhhhhhhhh -in, and whooooooooooosh -out of the vent. Sometimes the alarm going off and someone rushing in to silence and reset. Her ears were gone.

When pieces of burn victims come off in the tub, they are kept.

I know this because later in the day, her mom asked for the pearl earrings she always wore that were her grandmothers. I was sent to the tub room to see if I could locate them. I did.

They were still attached to her earlobes. I cleaned and returned them. The black blobs of ear put back into the vial labelled with her name. There were many vials. When pieces of burn victims come off in the tub, they are kept.

I am not sure what happens to them later. I never thought to ask. Her boyfriend came into the ward. He was told by the doctors the same thing her mother had been told:

She may still be able to hear you.

They asked him to try to remember that one thing above all else. He walked in the room and screamed. He screamed again, many times before they led him out and down the hall to the ‘family room.’ He never went back in. At the time I was angry with him. 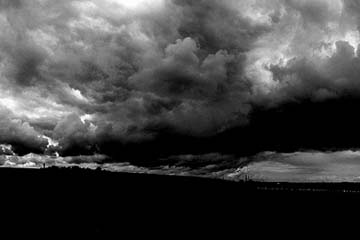 The hours went by slowly for us watching. It often felt like we were intruders there. That our jobs were pointless and we all might as well leave and let the family be alone. But of course, that isn’t what happens. The ward functions. People are fed. Meds are given.

Her father was out of town. Her mother was alone in the room. Leaning over and in a quiet, controlled voice, lovingly telling her daughter all the reasons she was so proud of her. That she was so beautiful and loving and kind. Repeating memories from childhood, incidents with family pets, how cute she looked in her first Halloween costume.

She went on and on, in an unwavering voice to fill her daughter’s last moments with these stories. In a different situation I would have smiled at the telling of them.

Everything else is blurred by time and circumstance. Except this: her name was Elizabeth; her age, 18, and that she had been in her car and cut off on the highway. Her car spun out of control, burst into flames, and she was burned over 98% of her body. She was not expected to live beyond the hour.

At some point, I went into the room and asked if anything was needed. Her Mom asked if I would sit with her. I sat. Everything in my body wanted to leave.

The stories continued. I sat quietly and listened and held her Mom’s hand. I realize now that in that moment, there was nothing else. Just me being there. In that moment, nothing of my normal self existed inside or outside of that room.

It was like standing on the edge of a knife. Sharp. Warm. A sense that if I were to stop and think about it too much I would pass out. There was an almost unbearable fear and sense of dread. Time passed. I have no idea if it was hours or minutes. Time became irrelevant. 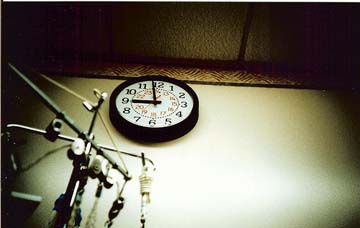 At some point, the machine alarms were turned off. It was quiet and the inward and outward sounds of ventilated breathing slowed. I wish I could say in detail how it happened, but I can’t. Death suddenly appeared and time seemed to stop.

Then, for a moment, I don’t recall feeling anything anymore. No fear. No dread. Just a sense of peace and a gladness that it was finally over. Later, after the waves of grief had passed through the family and down the hallways of the ward, the shell of what once was Elizabeth was taken downstairs.

Elizabeth was the first of three people under the age of 20 to die in two weeks at the ward. I was present for all the deaths. I was present for many deaths. Not always in the room, but you didn’t have to be to be affected by them. I remember their stories of how they got there, their catastrophic injuries and the way they smelled. I remember the wails of their families cutting through the quiet ward and the sense of helplessness I felt upon hearing them.

I would like to say that all these years later I somehow have a handle on death. That I learned something there I can pass on to you here now. But I feel just as confused as anyone.

7 adorable English villages that are straight out of a storybook 30 awesome Japanese idioms we should start using in English What the Finnish concept of sisu, or inner strength, can teach us 7 ancient ruins in the UK beyond Stonehenge 9 boardless, cardless games to play anywhere