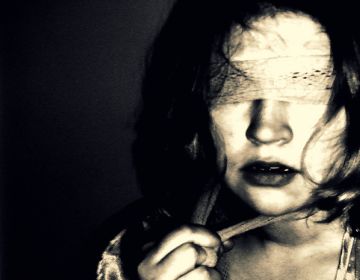 In the West, are we living in a state of “moral blindness”?

Atzmon tackles the idea of two distinct ideologies competing for our beliefs: “liberal” vs. “leftist.”

The first praises individual liberty, while the latter believes in a social science that delineates ‘progressives’ from ‘reactionaries.’

What’s the problem with either of these distinctions? Well, according to Atzmon:

For some reason ‘we’ (the Westerners) tend to believe that ‘our’ technological superiority together with our beloved ‘enlightenment’ equips us with a ‘rational secularist anthropocentric, absolutist ethical system’ of the very highest moral stand.

He continues that westerners tend to think of “secularism is the answer for the world’s ailments,” but in reality, “this very division led also to the rise of some blunt forms of fundamental-secularism that matured into crude anti-religious worldviews that are no different from bigotry.”

In more common language, I take Atzmon’s commentary to imply that our “progressive” western worldview leads us to believe that ‘modern/evolved-is-right,’ and many religious traditions are just ‘backward.’

I take Atzmon’s commentary to imply that our “progressive” western worldview leads us to believe that ‘modern/evolved-is-right.’

Many of us travelers tend to think ourselves open-minded and progressive, yet still look down on people and areas that in our eyes, are not just.

Examples that come to mind include the continued debate around banning burqas in parts of Europe, being appalled over yoga being questioned by Muslim clerics, and however strongly we debate either side of the Israeli-Palestinian conflict.

These situations seem to be inequality-in-action to our eyes. But for the religious cultures they are a part of, our reactions and discussions may just be showing our beliefs of “supremacy” over their way of life.

Do you think that leftists and liberals are after justice-for-all, or simply think they are better than deeply religious people? Share your thoughts below.