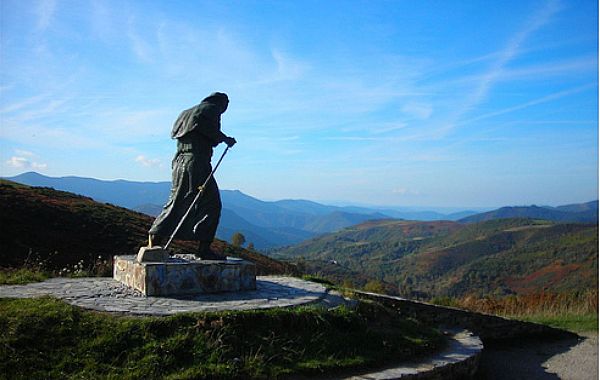 As we move into an ‘Age of Ignorance,’ the Camino de Santiago pilgrimage can provide us with wonder and hope.

Through advances in science and technology, we have unprecedented access to knowledge. Yet the ‘Information Age’ has left us bereft of wisdom.

We are now entering a dangerous new period — an Age of Ignorance. The worldwide launch this week of the film, The Age of Stupid, suggests we are headed towards a 6th mass extinction, the 5th being the end of the Dinosaurs.

‘Change’ is the new buzzword. It was not only Barack Obama’s platform, but also became the catchphrase of the recent G20 gathering. Individuals in every country know that we have to dramatically shift our modus operandi to achieve a stable and sustainable future. More of the same is a recipe for disaster.

Enter the Camino de Santiago — pilgrimage routes throughout Europe that are a powerful agent for positive change.

Our Past and Our Future 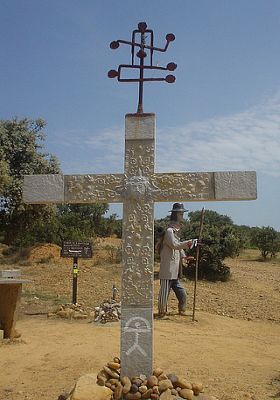 Of course, every age has inspired humanity to grow to meet new challenges, but this time we have reached the limit to growth. The capacity of the earth to meet our incessant demands is reaching the end point.

Virtually every independent scientist (the ones not employed by government or by multinationals in the oil, motor, pharmaceutical, food and finance industries) and forward thinking individual accepts that fundamental change is now urgently needed.

Humanity’s collective greed spreads like a cancer that, if not checked, threatens to kill the host. For example, an increase in global temperature of a mere 4 degrees means humanity becomes history.

Through the exploitation of natural and human resources, we have created enormous environmental and social degradation. The core issue, however, is not about environmentalism or ethics — it is about the crisis of the human spirit.

The World Wisdom Council, and its affiliated Club of Budapest, are made up of some of the most illumined minds of our time. They include world leaders from a broad background of enlightened engagement, such as the Dalai Lama, Mikhail Gorbachev, Muhammad Yunus, and Desmond Tutu.

So what does this have to do with the Camino de Santiago? Put simply, the Camino, with its winding roads and paths, offers respite from the business of modern existence. It provides a unique opportunity to reappraise our direction, and helps to shift us from the Age of Ignorance to the more evolved state noted by the World Wisdom Council.

The Camino allows time away from the familiar and habitual so that new insights can be revealed. A wider perspective opens up, where we begin to realize who we are and what we came here to do.

Our lives are currently lived at such high speeds that we often forget to press the pause button. Many find themselves at the end of life too exhausted to care, while others feel powerless to make any difference.

It is a given that we need a more evolved consciousness, but how do we make the shift? 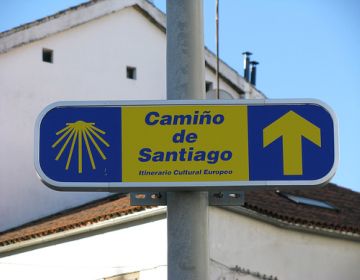 Barring divine revelation, such as Paul’s conversion on the road to Damascus, we are unlikely to make the leap to an entirely new way of thinking while our noses remain welded to the grindstone.

There are, of course, many different paths that we can follow that may help elevate our lives and our collective consciousness. We can join a yoga class, start a daily meditation practice, go on a retreat, take a mid-career break.

But there are always temptations that come to rob us of our new resolve. How easy is it to miss just one class and then another, to skip the morning meditation because we have a deadline, or to use our timeout to travel to some exotic location where we are tempted to drink too much Tequila or to eat too many Fajitas?

With the Camino, no such temptations arise. Each day is lived in the simplicity of the path where we travel at a more natural pace of just 2 miles an hour. This allows time to witness the rising sun, the sacred landscape that surrounds us with its rich array of fauna and flora.

We proceed slowly towards the welcome that awaits us at the day’s end where the warden of the next pilgrim hostel greets us. Along the Camino, these guardians are called ‘hospitaleros,’ a softer term from which we get the word hospitality.

As we walk, we are reminded every moment of that spirituality that connects us all irrespective of our differing religions and philosophies.

The Buddhist monk Thich Nhat Hanh has his main ashram adjacent to one of the Caminos in France. Here, he and his community practice ‘mindful walking’ every day.

He explains that mindful walking is one of the most effective forms of meditation for our frenetic western mind. He suggests that sitting meditation is simply too difficult for many of us and that meditation has to form part of an activity to be more generally effective.

Walking an overtly pilgrim route, such as the Camino de Santiago, reminds us every day of the divinity within ourselves and within all life.

As we walk through the landscape Temples of France and up over the Pyrenees into Northern Spain and Galicia, we are reminded every moment of that spirituality that connects us all, irrespective of our differing religions and philosophies. We find ourselves in the company of like-minded individuals that form a traveling community unique in the world. 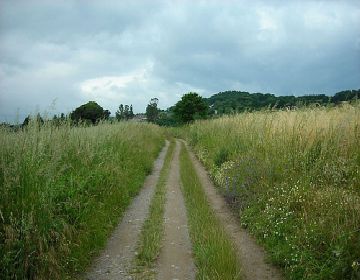 There are many pilgrimage routes, such as the way to Fatima, but that is exclusively Roman Catholic in orientation. The Hajj is exclusively Muslim, and the Kumbha Mela is sacred to the Hindus.

Only the Camino de Santiago transcends our differences to unite us in an eclectic bond of openness and shared values.

Only the Camino has been designated Europe’s First Cultural Itinerary, recognized by UNESCO, and given World Heritage status on account of “…the testimony to the power of faith and the 1,800 buildings of great historic interest that lie along its path.”

That power is as potent today as it was over a thousand years ago when the first pilgrims set foot towards Santiago. If you are in need of some spaciousness and change in your life, put on your boots and join a community dedicated to lifting collective consciousness by mindful walking along the Camino, which translates simply as ‘the Way’.

What do you think about the possibilities of the Camino de Santiago? Share your thoughts below.

Interested in other spiritual pilgrimages? Check out an interview with Spirit Quest Tours’ founder in Greg Roach Wants You To Make A Spiritual Pilgrimage, and amazing places to worship throughout the world in The World’s 12 Most Spectacular Houses of Worship.

The 12,000-mile American Perimeter Trail will be the longest in the US

A 480-mile trekking route is now open on Vancouver Island

The 5 most awe-inspiring old-growth forests in the US