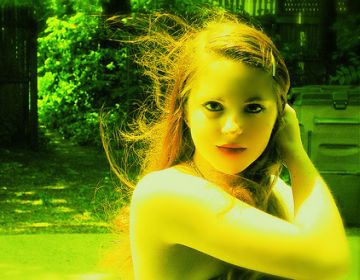 If it felt a little warmer yesterday (well, depending where in the world you find yourself), it’s because spring finally came to save us all. Whew.

Most of the US and Europe dealt with an extremely frigid winter (though according to a extramarital dating website in the UK, they did their best to warm things up), and there seemed to be an earthquake-domino effect happening in other parts of the world.

We need a fresh season.

Cool thing about the official day where light and dark are balanced is not only the fact that we are heading into those longer days of light (at least up here in the northern hemisphere), but that there are a lot of cool traditions steeped in this rite of passage.

Here are just a few:

Put that egg to work. The spring, or “vernal”, equinox is the day that you can supposedly balance an egg on its end. People try and blame the Chinese for this myth, but according to the BBC, it was the Americans who purported the idea this was the only day to make the egg pull a Cirque de Soleil. Good luck, then.

Those crazy Mayans. Did the ancient Mayans think the god Kukulkán, the feathered serpent, was showing himself at the El Castillo pyramid? Well, since we’ve already pinned the whole 2012 thing on them and their calendar, maybe we should let this one be. Nonetheless, it sounds pretty cool that in both fall and spring, “as the equinox sun sets, a play of light and shadow creates the appearance of a snake that gradually undulates down the stairway of the pyramid” at Chichén Itzá.

Reduce, reuse, recycle. It’s rebirth time for all you pagans, tree huggers, and earth dwellers. The predecessor to Easter, Ostara is Wicca’s call to action to renew life after the long and cold winter. Although we like to conveniently forget the connection between Wicca and Christianity, as Dr. Leo Ruickbie notes:

In mythology [Ostara] is often characterized by the rejoining of the goddess and her lover-brother-son, who spent the winter months in death. This is an interesting parallel to the biblical story in which Jesus is resurrected (the reason Christians celebrate Easter), pointing to another appropriation of pre-Christian religious figures, symbols and myths by early Christianity.

For some more cool stories and myths of what the spring equinox means in different cultures, check out Welcoming Spring Around the World.

Hopefully no matter what hemisphere you’re currently blazing through – or sitting in – it’s a gorgeous day outside.

Do you have a personal or cultural tradition to celebrate spring? Share it below!

The oldest city in every state, mapped
30 awesome Japanese idioms we should start using in English
Celebrate this Fourth of July like the first Americans
9 boardless, cardless games to play anywhere
21 amazing images of the new Seven Wonders of the World