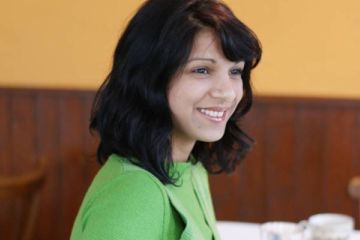 From the, “Wow, this whole thing is really sad” file:

For those who don’t know, Alina Percea, a Romanian teenage girl living in Germany, recently auctioned off her virginity to an Italian businessman for 8,800 pounds.

Her reasoning was to pay for school.

What smacks of a horrible Hollywood movie plot has gone beyond a moral issue to one of economics: the German government is demanding she pay taxes on her earned income. And that could mean over half of her earnings will be taken by the government.

According to a German official:

It is not a moral standpoint but a fiscal one. Prostitution is not an illegal act in Germany, but not paying tax on earned money is.

Apparently, after the tryst, the 18-year-old discussed how she got along well with the 45-year-old businessman, having “unprotected sex at a luxury Venetian hotel.” Not exactly the poster child for safe-sex; shocking, I know.

Previously, we’ve covered when to draw the line when defending cultural norms, but this feels like it’s gone too far.

It gets worse: Alina had also gone through two medical examinations to prove her virginity. What year are we living in exactly?

Wonder if she still is so keen on him now that she has to part with that much of the money. Kinda makes you wonder if it’s worth it.

What do you think – was the government right to tax her virgin-earnings? Or should they have stopped the transaction in the first place? Share your thoughts below.