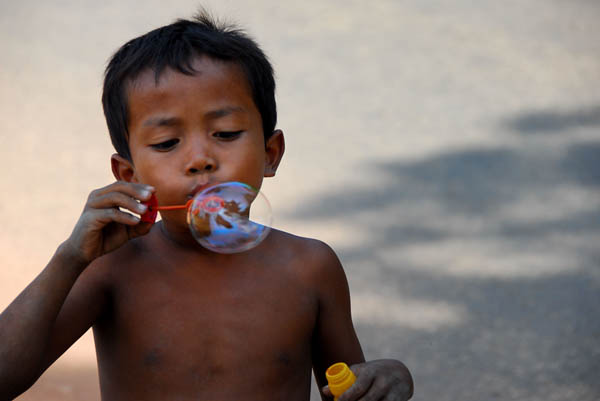 Shannon Dunlap, expat in Cambodia, finds solace in her books, yet remains at risk of losing connection with the culture around her.

One of my earliest memories is of listening to my sister read aloud the entire series of Little House on the Prairie books, a set of texts that has, weirdly, begun to come back to me in vivid detail ever since I came to Cambodia.

(The maple candies they made in the snow, the leeches clinging to Laura’s legs in the creek bed, the way her aunt and uncle looked at each other at the Christmas dance, and even the bookmark of red and green braided yarn that Dawn placed between the pages.)

Back then, I lived for the local library, the explosion of possibility that was the children’s room—endless shelves of Encyclopedia Brown and Boxcar Children, and I would read them all, I was certain, because even at six, seven, eight, I valued intellect above all else.

For most of life, my affair with books has seemed a gift. But I regret to report that here, in Cambodia, reading is more problematic. It highlights all my eccentricities, draws out my hermit-like qualities.

Is it possible that books, my old friends, are responsible for turning me into a social misfit?

Before I left New York, one of my coworkers asked me which three books I would take to a desert island. This is an impossibly difficult question for any true reader, but he had developed some rules to guide me. 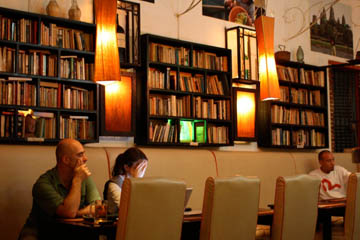 Rahul had spent a lot of time in Afghanistan, and he insisted that when I packed for Cambodia, at least one volume needed to be one of impressively beautiful and intricate language. “Because let’s face it,” he said. “You’re going to eventually get tired of being around people who can’t speak English very well.”

Cambodia and its pidgin English has not turned me into a book snob; I have always been one. But it is true that the list of people here who can carry on a conversation about a book is very short, resulting in the double wallop of both superiority and guilt that I feel when I am, say, reading an E.L Doctorow book on the porch while a crowd of people follow a garbage truck up the street to pick through my neighbors’ trash.

No matter how many strides Cambodia makes in the next fifty years, those people will never be reading Doctorow, and who knows how many generations will pass until they get his equal who writes novels in Khmer. That was the first ominous sign—the inevitable gap that reading puts between me and the culture I currently live in.

The Promise Of The Unknown

Let me be clear—I am nowhere close to running out of things to read. My boyfriend and I agonized over which volumes to bring, and, taking up an inordinate amount of luggage space with our choices, humped many pounds worth of books through the Bangkok airport, down the coast to Sihanoukville, north again to Phnom Penh, and then onward to their current home in Siem Reap.

It is not books that I miss. What I miss is the freedom of not knowing which book I am going to read next.

I have not made it through even half of them yet. Plus, our roommate has a taste for the classics, and I’m sure I could spend much of the remainder of my stay finally reading Don Quixote.

There are also many secondhand bookstores (though these are subject to the dubious tastes of Western backpackers—I typically avoid these shops, afraid that I will not be able to resist the urge to chuck the extensive Jodi Picoult and Robert Patterson collection into the street).

So it is not books that I miss. What I miss is the freedom of not knowing which book I am going to read next. I miss Barnes and Noble, I miss the Strand, I miss having an address that Amazon can actually find. I miss the children’s reading room of the Lexington Local Library.

So far I have been talking about things which are merely a shame or an inconvenience, but we are now about to veer into the territory of questionable mental stability, because more than ever before, it seems as though the authors of the books that I read here are speaking directly to me. 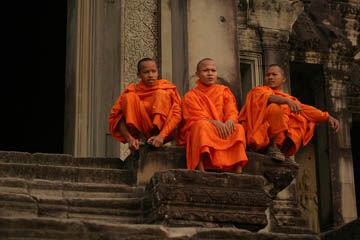 I almost wept while reading the preface (the preface, for Heaven’s sake) of Slouching Towards Bethlehem by Joan Didion.

“Yes!” I wanted to tell her. “I am shy, too! I am bad at talking on the telephone, too! I, too, like drinking gin!” For the past five days, Joan has been soothing me, talking to me about my family, my failures, my neuroses, my departure from New York.

That happens to be a book of nonfiction, but fiction is even more capable of cutting to the quick. There is something about Cambodia, be it the quantity of time I spend in my own head writing or the primal fragility of the life around me, that seems to strip away artifice and make my psychological simplicity painfully obvious.

Who but John Steinbeck could understand that I have the repressed anger of Tom Joad, the wounded optimism of Rose of Sharon?

Hiding In The Pages

And all of this, you might say, is not a bad thing, simply a deeper connection to the written artifacts that have always mattered to me. The problem is that it has resulted in a revulsion at the flesh and blood, particularly that of Western origin, that surrounds me.

These authors seem so much more real to me than the hordes of volunteers and tourists I brush elbows with every day. Unlike most Khmer, they could read Wallace Stegner if they wanted to, but most opt for sudoku instead.

Have I always been such a snotty misanthrope? Was it just easier to hide in America? I can’t remember.

All I know is that I want and need to have more in common with Joan Didion (even if it is a version of Joan Didion that only existed thousands of miles and forty years away from the here and now) than I have in common with that German girl at the next table who is dangling a pedicured foot over the back of a chair while she eats breakfast and thumbs through a guide book.

What has my brainy bookishness earned me? E.L Doctorow doesn’t live in Siem Reap, Denis Johnson doesn’t take me out for drinks on Friday nights, not even J.K. Rowling is interested in Khmer karaoke.

No one told me in elementary school that a spot in the highest reading group would come at a price. Because any time you excel, any time you separate yourself from the rest of the pack, you are also learning to isolate yourself.

And yet all of those pages, Little House in the Big Woods to The Grapes of Wrath and everything that came between, are so much a part of me that it is hard to imagine, let alone wish for, any alternative.

Nothing I have said here changes the fact that I need books now more than ever; it is no small feat for printed letters to provide the kind of purpose and beauty that they have for me.

It’s just that it’s lonely out here on the prairie sometimes, and I wish that Laura Ingalls Wilder was around to keep me company.

What do you think? Share your thoughts in the comments!

30 awesome Japanese idioms we should start using in English
Rajasthan’s epic camel festival is two days of fur-cutting, dancing, and races
Oast houses are the most astonishing buildings in all of England
9 boardless, cardless games to play anywhere
Bulgaria’s folk dress is more than a beautiful garment. It displays personal history.