14:06 Apr 22, 2020
Top Countries
Top CitiesView All Destinations
Trending Countries
Trending Cities
Load More
Where did the first person get their inspiration to head out into the unknown? It’s likely the sheer impossibility of the act provoked their curiosity. 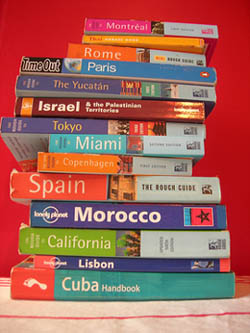 Every few years I get this strange feeling.

It is something hard to explain – I feel antsy, like I am supposed to be doing something important, but can’t quite figure it out.

Like that feeling when you have something on the tip of your tongue and it is so frustrating that you can’t spit it out.

I scratch my head, pace, have sleepless nights until it dawns on me…I know this feeling. I need to go somewhere, get outside the box, have a new experience.

I need to travel.

This is the feeling commonly referred to as “the travel bug” and people the world over experience it on a regular basis.

In fact, there is an entire industry based on this human need – travel agents, tour guides, travel writers, travel insurance, resorts and vacation packages, the list goes on.

Where did the first person get their inspiration to head out into the unknown? To hack apart the jungle on the edges of their village; to build the first raft to cut through the endless ocean?

It’s likely the sheer impossibility of the act provoked their curiosity. They needed to get somewhere that would have been impossible by any other means. Their desire to get there was so strong that they invented a mechanism to negate the problem.

Think about it – so many of our modern conveniences have been dictated by the human need for travel that you begin to wonder.

Homo Sapiens (also known as modern day humans) have been on this earth for about 130, 000 years. We descended from Homo Erectus, who had already colonized Oceania and Eurasia by 40,000 years BP (Before Present).

Think about it – so many of our modern conveniences have been dictated by the human need for travel that you begin to wonder.

These early humans were hunter-gatherers and lived a nomadic lifestyle, which means from our earliest days we were travelers.

It wasn’t until 10,000 years ago and the Neolithic Revolution that agriculture was adopted, and human beings deciding to stay in one place for long periods of time. But even then, humans still found a need to travel.

Ever heard of spreading out the gene pool? Most people know that in order for humans to survive as a species we must diversify the gene pool. This results in less genetic defects as we are able to adapt to new situations and environments.

Our genetic makeup leads us to do things – perhaps it’s the genetic desire to continue as a species that gives us this itch and need to go out in the world, meet new people, and intertwine with different cultures.

This is a very scientific way to look at things. How about the philosophical perspective? 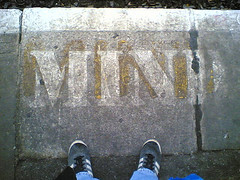 The world is incredibly diverse, and people from different places and cultures have been intermarrying, sharing and propagating for such a long stretch of history.

Perhaps the travel bug is really our collective mind reminding us as individuals that there is more to life and to this world than any of us can experience in an single lifetime. Therefore we should get out there and discover as much as we can with the life that we do have.

It is this collective potential that urges us to expand our minds and in turn open our hearts so that the species can continue by eradicating racism, sexism, religious intolerance and everything else that breeds hatred and in turn war, murder and genocide.

Forget natural selection and over-population — if we as a species can’t diffuse our colonial, militaristic ways, there will be no one left to experience the world, which is the collective mind’s most important objective.

So the next time the travel bug strikes…remember, our bodies, and our experiences, are the result of thousands of years of genetic and philosophical evolution. Don’t resist your urge!

Embrace, explore, and experience the world.