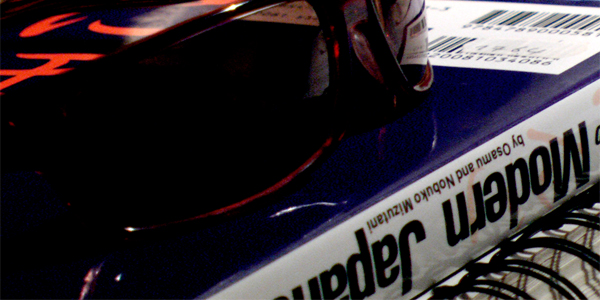 Feature photo by bravenewtraveler. Photo above by Jeremy G.

While most are content with knowing one language, others seek to learn much more.

Being fluent in English is like laying on an inflatable raft in the middle of an ocean.

It’s easy; it’s comfortable, and it gets you places. But I’m addicted to the process of looking at a symbol that means nothing and unlocking it until I lose access to that meaninglessness.

It’s a weird feeling, that transition.

Imagine that you are driving down the highway and have no idea that orange traffic cones mean construction. Can’t do it? You’ve crossed the semantic fence, where orange will never just be orange anymore.

I wish I knew what every symbol meant, every tattoo, every weaved garment whose stripes indicate tribe status, every letter of Hebrew and even every corporate logo.

Unlocking them is nothing like lying on a raft. It’s like treading water in a vast ocean, with lots of liquid in your ears. 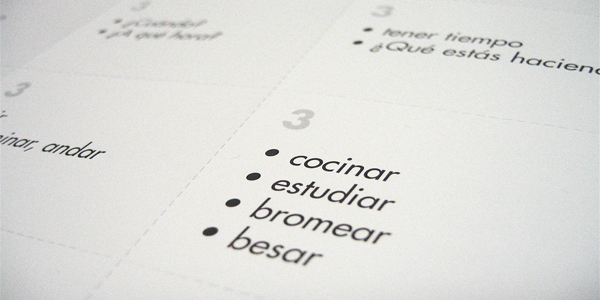 I first started learning Spanish for a relatively stupid reason. I got in a small but friendly fight with a girl from Guatemala in my seventh grade science class, and at the end of the day she slipped me a note on ripped paper.

It said, “Paz, hermana. Soy mÃ¡s linda que tÃº.” I looked at it for a long time, but the component parts didn’t mean much.

I first started learning Spanish for a relatively stupid reason. I got in a small but friendly fight with a girl from Guatemala

I got home and typed the phrase into Altavista’s Babelfish translator, and her message came up seamlessly (which rarely happens with internet translators, making this somewhat of a lightning bolt experience).

It read cruelly, bluntly, “Peace, sister. I am prettier than you.”

By looking up what this girl had written, I had dodged a formidable attempt by another person to both a) screw with a dumb American and b) become an ignorant player in a snotty girl’s game.

We still became friends after that, believe it or not.

I went through about four years of formal training in Spanish later on, and I realized there existed a realm of verb conjugations, object pronouns, and my favorite grammatical lair, the idea of mood.

In Spanish, talking about hypothetical or non-existent scenarios requires a whole new way of tweaking at words. For example, if you say, “I want you to make me dinner,” the verb “want” actually exists, but the “make dinner” only exists in the speaker’s mind, so it has to be conjugated differently.

All of these implicit complications of communication intrigued me. I began to go to bookstores to look at simple Lonely Planet phrase books, excited by how differently the process of ordering a beer was structured in another language. 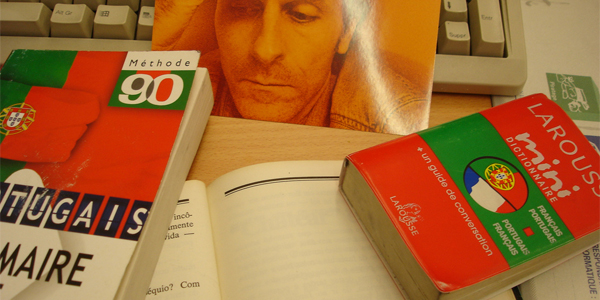 The next language I started learning was Portuguese. I read an article in “Rolling Stone” magazine about a Brazilian band called Bonde do Role.

Apparently their lyrics were unrivaled in their inappropriateness. I decided that I was going to attempt to translate them. I didn’t want to be a dumb American listening to dance music that was talking about gang rapes, bobbing my head along on the treadmill all the while.

Portuguese enchanted me in a way that Spanish never quite did. First of all, it was harder. The sounds in the words blended together; they were more lackadaisical and less easy to pick out.

Not every letter in Portuguese has a consistent sound, which made it more formidable and elusive, like English. 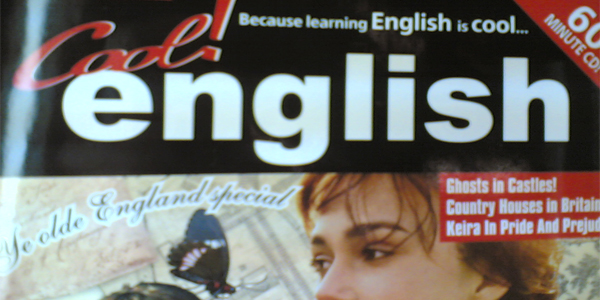 I think English speakers must have an implicit knowledge that ours is one of the most wacked-out languages on the planet, because for me, learning any language that has a lot of order and consistency renders me suspicious, as if the language weren’t real.

Our words are a mix of Germanic structures and Latin-derived structures, so some verbs we conjugate on the inside, like “sit/sat,” and some we just shove an “ed” at the end of, along with countless other oddities.

But what makes English so unique is that it accommodates foreign words and rarely assimilates them. We leave “tequila” as “tequila” instead of trying to phoneticize it into our own system as “tekeeluh.” (Notice that we don’t have such a system by how strange that looks.)

Taekwondo is left how it is, words like “laugh” are left with rules of pronunciation that could render almost any learner hopelessly exasperated.

Most other languages I’ve learned distort foreign words into their own system. For example, in Japanese, McDonald’s is called “Maku Donarudo.” 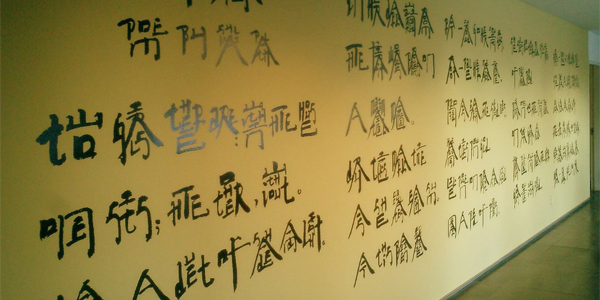 The language that I’m learning now is Chinese. It’s the language I’ve always wanted to learn, ever since I was about five and used to see Chinese symbols engraved on my mom’s bath soap.

I recently learned the symbol for the word “soap” and this odd sense of déjÃ  vu took me over. Learning Chinese is like putting on a scuba mask and entering into an ocean on the other side of the world, where the water and all the coral reefs are different colors.

The meanings of Chinese words, because they are hinted at in their writing, are all the more vivid and immanent, and because they have fewer syllables in general, ideas like “dao” (As in, “The Dao of Pooh” anyone?) are constantly re-used in different scenarios, making its concepts more interrelated than any other language I’ve encountered.

The best moment in learning a foreign language is when you can feel yourself poke your head above the water, and suddenly you can look at say, a “French Vogue” and know what they’re talking about, or use a Chinese menu without peeking at the English.

It’s crossing a path of meaning that you once crossed when you stopped saying “goo goo gag a” and started saying “momma,” except this time you can remember it.

Are you addicted to languages? Or wish you could learn a few more? Share your thoughts in the comments!