14:22 Mar 7, 2018
Top Countries
Top CitiesView All Destinations
Trending Countries
Trending Cities
Load More
Greg was the local we all hope to meet. The person who has the key to the city’s door and is willing to open it and usher you inside. 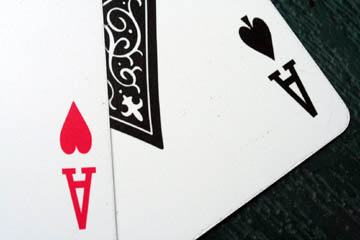 I play a lot of poker. Too much, actually, but that’s another story.

It was while playing poker at the Amsterdam casino that I met Greg. He was a friendly local, and upon hearing my travel tales, offered to show me around Amsterdam.

We had only known each other for about 5 minutes, but here I was, being offered an intimate tour.

I was a little disarmed by Greg’s exuberance and friendliness. Here was this guy, losing money to me, now suddenly eager to show me the city.

I had only been on the open road for a short time. My American cynicism was still strong. I recalled stories about locals ripping off travelers – and so, with Greg’s Euros sitting on the poker table in front of me, I graciously declined his invitation.

A few days later though, I saw Greg again and we talked. He said he ran a poker club and told me I could come by any time.

Start Of A Friendship

Greg was a regular at the casino and everyone there knew him. People assured me he wasn’t out to rip me off, and I should take him up on his offer of a tour. A few of them were going out later that night for drinks.

Greg opened the city to me and his kindness made my stay in Amsterdam worthwhile.

Sadly, I was leaving for Spain the next morning and had to rise early for my flight.

“I thought you were here for a while?” he said.

“I was. I was here for a week. That’s a long time in this city!” I replied. “I wish I could stay longer but I have a flight booked. I’ll be back sometime though.”

Greg wished me luck and gave me his card.

As it turned out, before I knew it, I felt the lure of the city call me. In Spain, all I could think about was Amsterdam, so I canceled my Spain plans and returned.

This time Greg and I became good friends during my extended stay. I saw him often in the poker room and he would always invite me back to his place for late night games.

It was through him that I met many locals and had a “Dutch experience” in Amsterdam. I was introduced to the local bars and restaurants, to Dutch food, and Dutch hangouts.

Greg took me around and showed me the city. I met another close friend through him. Greg opened the city to me and his kindness made my stay in Amsterdam worthwhile. 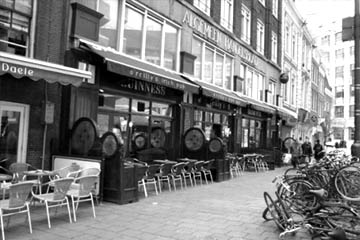 Soon it was time to leave. I went to the casino to say goodbye. Greg hadn’t been answering his phone and I figured I’d find him in the poker room.

Sadly, he wasn’t in the casino that day, and I left without saying goodbye. I told my friends to tell him I’d be back and that “my money was coming back with me!”

Sadly, I wouldn’t get that chance. A few weeks after I left, three men entered Greg’s poker club and, as they robbed his house, shot him.

I only knew Greg for a month but in that time he changed my impressions of people. His friendliness and welcoming attitude were disarming.

On the road, you put your guard up to avoid bad situations, yet at the same time you want to be open and meet the locals. Interacting with locals is a constant struggle to find the right balance.

Greg showed me that there was no reason to always be on your guard – that sometimes people are just being friendly. I take that lesson (and his card) with me wherever I go.

Greg epitomized the idea that travel is about who you meet, not where you go. I could have met him in any city in any country in any time, and he still would have treated me like he had known me for years.

When you meet others who fill your day with excitement and joy, nothing about the place really matters.

That was Greg. Greg was the local we all hope to meet. The person who has the key to the city’s door and is willing to open it and usher you inside.

I’ve met many people like Greg since that time in Amsterdam, and I see a little of Greg in all of them. But it was Greg who showed me it was OK to make that first, trusting step.

I’m not sure where Greg is now, but wherever he went, I know he left an impression on many people. He left one on me.

Have you met that special local who opened their city to you? Share your experiences in the comments!

The spookiest mythical creature in every country in the world
30 awesome Japanese idioms we should start using in English
20 of the funniest idioms for people learning English
This photographer took an illegal tour of Chernobyl. Here’s what he saw.
How to celebrate Wiccan Samhain instead of Halloween this year