[Editor’s Note: This is the first part of a two part interview with Lara Lockwood and Tom Fewins, who are traveling around the world without ever stepping foot onto an airplane. Part two will appear on BNT tomorrow.] 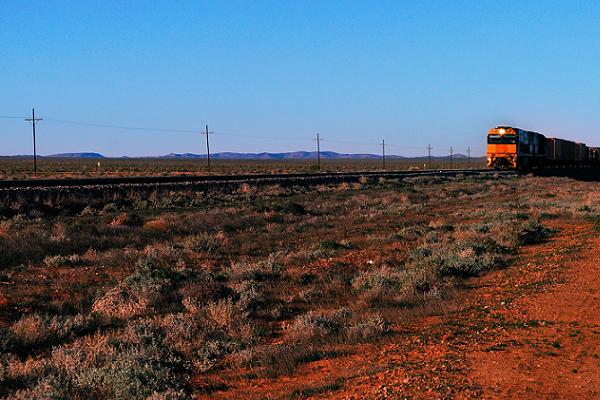 BNT: When did the idea for this trip start to form? How long did it take you to put the whole trip together? Any particular reasons for choosing the route you did?

TF: We can’t recall the exact moment when we came up with the idea but it was definitely in a pub somewhere in London when I suggested it to Lara. I’ve been keen on doing a long trip overland for quite some time, entertaining various ridiculous ideas such as driving from London to Cape Town in a London taxi. 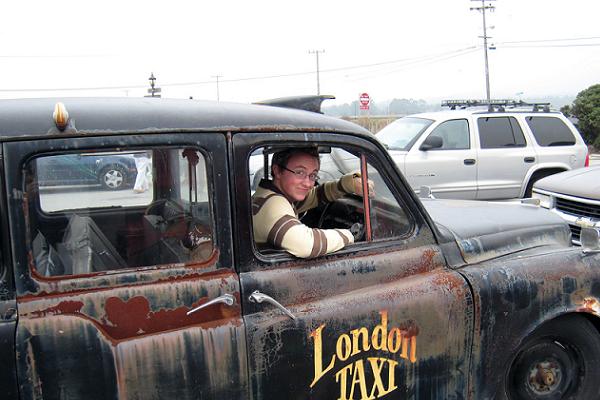 More recently, as we’ve grown more aware of quite how acute the whole climate change problem is, and how aviation is linked to it, we’ve become more interested in other forms of transport. We thought… we could link these two interests together and maybe even help persuade a few other people of the joys of surface travel….

It obviously is a massive commitment, entailing leaving our houses, jobs, families, friends and indeed country, in order to undertake the trip, so we had to mull it over for a while – at least a year or so – before firmly committing ourselves. Plus there were, of course, our jobs to think about, and a lot of money to save up!

We set a date by when we had to decide for sure and as the day arrived – a cold Saturday morning in November – we looked out the window and said: “What are we doing, we can’t pass up an opportunity like this?” and went for it. Seven months later we were on the Eurostar to Brussels, day one of our trip.

The six months preceding this were busy with organising everything – booking tickets, finding a boat for the Pacific, finding specialist insurance, finding volunteer placements, sketching out a rough route…. Millions of things to think about!

There was so much information we needed…and it took a long time sniffing this all out (particularly with full-time jobs and busy social lives) – libraries, bookshops, websites, friends and contacts. That’s why we designed a website that offered more than simply an account of our adventures, providing useful information for other travellers as well, and thatâ€˜s why we’re… writing a book…. 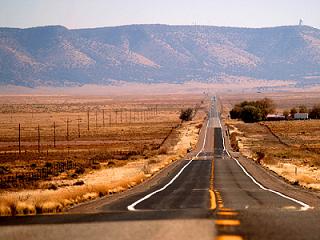 There were several reasons for choosing the route we picked: visiting friends and family en route; particular interest in those countries; particular interest in places. The key principle behind the route was heading east, gradually, giving us time to take in and appreciate many of the changes en route – countries and places had to fit in with this.

Plus we set ourselves a limit of 10 months away (financial and family reasons) so our ideal route – south down through Thailand-Malaysia-Singapore-Australia-New Zealand-Panama and up to the US – had to be ditched. Far too much for 10 months; we had to be realistic. After all, this was in slow motion! 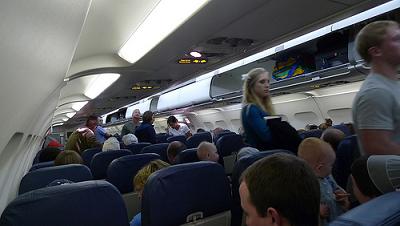 What is it about the airplane that you particularly dislike, and that encouraged you to forgo plane travel? What makes airplane travel so different from travel on other types of transportation?

TF: I would say that travelling by train is far more comfortable and enjoyable; for buses, well it’s a bit of a mixed bag but at least you have the chance to get out and stretch your legs and look at something other than the back of the seat in front of you for a few hours…however I think I’d like to turn your question on its head… and say what is it I like about not flying.

We are not anti-flying, and we certainly don’t anticipate that people will simply stop flying.

There are some great things about flying: I love the sensation of flying, looking down at the planet passing below you.

But we wanted to do things that flying simply doesn’t give you enough opportunity to do, such as… watch the world change gradually around us. We have the opportunity to notice and appreciate the differences, large and small between towns, cities, regions, countries. We can watch the people change, the landscape change, the food, the climate.

We follow a route less trodden, where we hope to happen across the new and unexpected. We’re not saying that we’re the 21st century equivalent of David Livingstone or Vasco de Gama, but it’s nice to try something different.

Of course, people travelled like this in the â€˜olden days’ and it seemed more of an adventure then – think of all the wonderful travel accounts…are out there from such times. So there’s a bit of a romantic element about it as well.

Or perhaps that’s because I proposed to Lara on the container ship in the middle of the Pacific…(she said yes!) 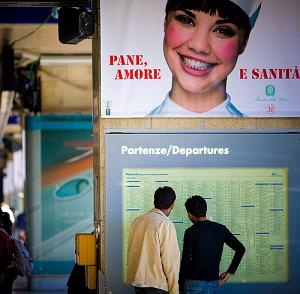 The same could go for train stations – they are often wonderful places, full of life. I love to visit them in Europe and look at all the different destinations on the departures board – you can just buy a ticket and saunter on. No long queues, no long, intrusive security check. Possibilities.

And who wants to hang around in an airport?

There’s always… the environmental aspect: Climate change is the greatest threat facing this planet, or at least our own existence as a species, and we all need to play a part in averting its more extreme effects.

Aircraft emissions are responsible for a considerable amount of CO2 and – perhaps more importantly – its proportion to overall CO2 emissions is growing rapidly. Factor in… the â€˜warming’ effect of CO2, [which produces] far greater damage when pumped into the atmosphere at 30,000 ft, and you can see that the current trends of aviation are simply not environmentally sustainable.

We’re not saying that we’re never going to tread on a plane ever again, but we would only do this as long as it fits into our own personal carbon budget (a concept that many government and corporations are already moving towards).

LL: I personally don’t enjoy flying at all. I don’t like the check-in queues, the cabin air, the fact that your joints swell up when flying, the tightly packed rows of seats, and being fed bad food…all at the same time.

Being on a plane makes me feel like a commodity, not a person. Trains, buses, and boats seem to have more space and you can decide when and what you eat.

Before I left I was working in the field of sustainable development and for my own integrity I decided to significantly cut down the amount I fly.

BNT: How do you think airplane travel, and the huge increase in airplane travel in the past 30 years, has changed the nature of travel? How does it change the way people think about and experience travel?

TF: [P]erhaps it makes people take things a bit more for granted. You can just jump on a plane and be in Cairo or Sydney within a few hours.

But I wonder whether we lose something because of this as well as gain something. While planes massively reduce the effort you have to expend in getting to a place, perhaps they also reduce your appreciation of it once you’re there?

You have little time to savour the experience of getting there or noticing the changes that occur as London changes to Beijing. Instead it’s just one big culture shock – bang, you’re in China! By travelling slowly we have the opportunity to be gradually introduced to such places, noticing the first chili in our food, hearing the first Mandarin, seeing the first tuk tuk….

I guess we need to look at the question: Why travel?

Do we just want a holiday or do we want to see something different? A break from the routine, the mundane, the familiar, the predictable? Some people do, some don’t. And I fully understand worn-out parents and stressed-out executives who just want to get away from it all for a couple of weeks and lie on a beach somewhere hot.

But cheap flights and jumbo jets have certainly changed how we travel and how we think about it. They also are part of the creeping homogenisation of our world.

The world is so interconnected that some places are becoming carbon copies of others (like airports). It seems that some cities and cultures are blending into one in a great onslaught of homogenisation – I lost count of the number of Manchester United shirts I saw in Southeast Asia, the number of Coca Cola adverts I saw in Mexico. 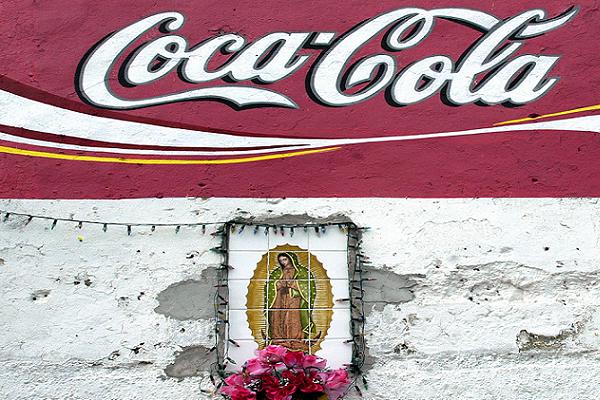 And we’ve met people around the world who are keen to show us how eagerly they are embracing Western attitudes, businesses, clothing, and food, and seem almost embarrassed… to disclose the more traditional aspects of their culture.

If we are going to live in a world where we can just hop across the Prague for a night or spend five days shopping in Dubai aren’t we losing our sense of the world?

I’d rather enjoy the fantastic opportunities slow travel offers to appreciate the differences which, after all, make this world such a wonderfully diverse and endlessly fascinating place.

BNT: Do you have a particular travel philosophy, or notion of what traveling should be? How does traveling by plane fit within this philosophy?

I’m not sure that what we think can be described as a philosophy and I don’t want to think that the way we see things is not so rigid that we can’t be flexible enough to give other things a try. 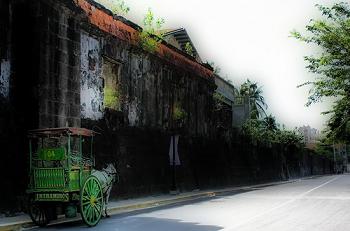 At present, I want to travel in a manner that allows me to interact with and appreciate the country and the culture we are passing through, not to view it from a… distance. We want to experience something different from life back home and document and celebrate these differences, whether it be a rickety old hamburger stall in West Hollywood or a Naxi matriarch in Lijiang.

These are the things that add up to make the world such a wonderful, varied, endlessly fascinating place.

Plus the act of travelling itself is important – itâ€˜s intrinsic to our trip. Like the old adage I guess we often enjoy the journey almost as much as the destination itself….

We’re incredibly lucky to have this chance to spend months wandering around the world but most people don’t. And if you’ve only got two weeks to go on holiday most people don’t want to spend half of it on trains and buses.

Everyone should be given – and take – the opportunity to see another part of the world, but they shouldn’t do this at the expense of the environment, the life-support system that nurtures and maintains the very things we set out to see.

COMMUNITY CONNECTION: If you’re considering a round the world trip slow motion style, check out the companion article about Lara’s and Tom’s journey on The Traveler’s Notebook.

How one wildlife photographer captured this award-winning shot For the perfect day of hiking and Colombian coffee, head to Jardín 7 inspiring youth climate activists you should be following In Africa, trained dogs are saving endangered rhinos from poachers 7 countries that have legally recognized the rights of nature