View all travel news
Top Destinations
Top CitiesView All Destinations
Trending Regions
Trending Cities
Load More
Roaming the grounds at the Wanderlust Festival in Whistler, Canada, Ian MacKenzie asks the deeper question on every yogi’s mind: where is yoga going in the West?

“THAT’S NOT YOGA.” You’ll hear that phrase a lot these days, particularly in jaded spiritual circles. The assumption is that yoga, as it’s practiced now, has devolved into a narcissistic physical exercise that melds perfectly with our hyper-consumerist economic system and fails to produce any lasting social change. That’s one perspective. 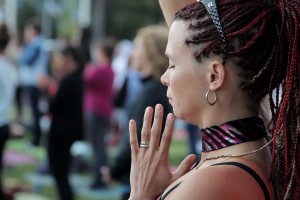 Thankfully, I was able to sit down with some of the most knowledgeable and inspiring yoga teachers from this side of the Ganges, to hear how they perceive this ancient practice and where it is taking us. Venerable voices include: Seane Corn, Janet Stone, Chris Chavez, Eoin Finn, Sjanie Mcinnis and Wanderlust co-founder Schulyer Grant.

[Special thanks for accommodation during the shoot provided by Delta Whistler Village Suites.]

Tagged
Wellness Whistler, Canada
What did you think of this story?
Meh
Good
Awesome

10 Ways Whistler Blackcomb Is Raising the Bar on Ski Travel

Insider's Guide To Whistler: The Village

12 Things To Do in Whistler When the Snow Melts

10 Reasons Whistler Is the World's Best Place for Adventure Junkies

10 Things That Happen When You Move To Whistler