01:22 Nov 5, 2020
Top Countries
Top CitiesView All Destinations
Trending Countries
Trending Cities
Load More
While every trip has the potential to include a traveler’s moment, it isn’t something that can be forced or expected. 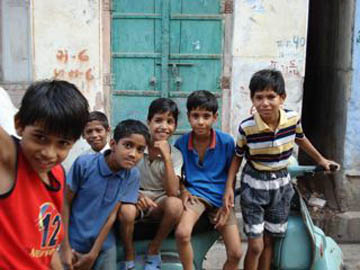 As I waited for the monorail that would take me to my connecting gate at O’Hare Airport, the sun rose and painted red the lower edges of the Chicago sky.

It was the color of the elderly Sikh’s turban in Jaipur, the man who had sold me a bottle of water between handing out change to the pilgrims who passed his shop.

The red light reflected off of the station’s glass walls, steel-colored fixtures, and sparkling floor. For the first time in two and a half weeks, I was alone.

My backpacking vacation to India was a trip to a world filled with henna-dyed orange hair; freshly baked naan; maroon and gold bangles; 500-year old fishing nets; purple saris; green fields of tea plantations; and the “What is your name?” shouts of the 19 smiling kids who followed me through a Shekawati village.

My snapshots are colorful collages set to the clamor of chatter and traffic, but as I watched the sunrise in Chicago’s airport, it was the darkness of Mathura station and the scraping noise of the man who dragged himself along the platform that filled my thoughts.

A week earlier, beneath the station’s dim lights, our train slowed to a stop and we jumped to the platform below.

Shaking palms beckoned from the shadowy margins and little hands patted my legs.

My friend Fred and I jostled with other travelers so to climb the ramp and cross the bridge to platform 1 and the ticket window on the other side. At the ramp’s entrance, we streamed around the white-spotted cow like water flowing around a riverbed’s protruding stone.

On the platform-bridge, wedged among bustling locals, I twisted away from the outstretched hands of older men who wore thick glasses and sidestepped between shoeless children in dirt-stained clothes who bobbed against the tide of the crowd’s momentum.

Shaking palms beckoned from the shadowy margins and little hands patted my legs.

Ten feet from the ramp’s end, a young man lay on his back. He clutched a black gym bag in his left hand and the sole of his right sneaker faced our approaching pack. His silver watch sparkled in the dim light; he wasn’t of the station’s inhabitants.

It had been a seizure, and an official in a tan uniform knelt at his side.

The crowd slowed, registered an unspoken acknowledgment to the randomness of the unexpected or perhaps the power of fate, and pressed on. 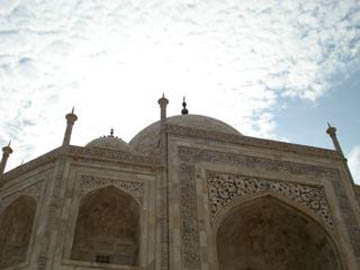 The station was engulfed in the darkness of rural India.

Before the lights went out, I had noticed the legless beggar on a wooden board. His curly hair reached for the ceiling and his hands were wrapped in rags that were once white. He had been dragging his way across the platform.

Adjusting to the black-on-black forms around me, I made out the beggar’s shape just a few feet away. Undeterred by the power outage, he continued along the platform. The scraping sound of his board against the concrete floor sliced through the thick air and rebounded off of the station’s walls.

Was he blind? I wondered. Did he realize that we were surrounded by darkness, or did it just not matter?

He maneuvered around still dark lumps – travelers huddled on bed-sheets for the night, their heads propped on baggage. Were we all just different shaped lumps?

Perhaps we had stopped existing to him, just as he had for us.

Two minutes passed, a generator began to purr, and the lights flickered. India’s time-out for existential musings was over and the station’s traffic resumed its hurried pace.

What do you pay for a moment like that, for sound to stop and for smell to be suspended?

As I tried to box-out locals so Fred could buy our tickets, I heard water hitting the ground. A few feet behind me, a large brown cow was going to the bathroom. Drops of urine splashed upwards, rising from the station floor.

Fred wiped some sweat from his forehead with the back of his hand, and asked with a smile, “How much can you take?”

We began to laugh and a teenager cut in front of us. It could have been a scene from a movie or an overheard conversation at a bar.

But it was mine: my traveler’s moment.

My India moment, my raw moment of life where all senses inhale and flail and reach an agitated state of awareness where time stops – if only for a moment of pause.

What do you pay for a moment like that, for sound to stop and for smell to be suspended? For the chance to pause, to see through your eyes but also to climb out of your body, to step outside of yourself, and to see the details carved before you?

To survey the scene from above: yourself, the people, and the platform. To pull the camera back, slowly, on to the station, the parking lot, the taxis, the bicycles, and all of the people. To keep widening the shot until you see the slums and the buildings and Mathura itself, covered in darkness.

And then, to zoom back in, rushing from the third person back to your own two eyes, to hear the ebbs of human motion begin again with a shriek, or in this case, the scrape of a board.

To feel the hot air on your neck and the vulnerability of being aware of all the shadows; what would you pay?

While every trip has the potential to include a traveler’s moment, it isn’t something that can be forced or expected.

Deep down, when we are packing our bag or buying the ticket online, that moment of unconsciously saying ‘wow’ out loud is what we hope for.

When it matters too much that the copy machine takes three minutes to warm up, that some guy’s shoulder on the subway is rubbing against you, and that Peyton Manning is on Monday night football, again.

That moment, where you recognize that you are in a far away place, and have discovered something so real that you never could have imagined existing just a few seconds before, is why we take time out from what we have, where we are, and what we are doing.

While every trip has the potential to include a traveler’s moment, it isn’t something that can be forced or expected.

With most trips, I’ve found, it just doesn’t happen. They can’t be bought; sadly, there are no travel moment sure things. There is no exact formula for state of mind and state of venue that will strip everything away.

For me, in this case, it was ironic that the moment came in shades of black in a place that broke the color wheel.

In a place of a billion shouts, it was an indifferent scrape of a square piece of wood against a concrete floor that slapped my face, stopped time, and made me pause.

Back in O’Hare airport, the monorail arrived and the doors opened. Inside, a lone man with gelled blonde hair, wearing a crisp white shirt listened to his ipod and watched the sun come up.

He glanced at me–my beard, my dirty pants, and my hair that also reached for the sky–and returned to the window and his day.

Have you experienced your traveler’s moment? Share your thoughts in the comments!