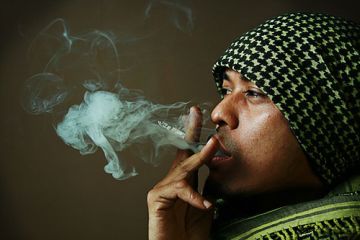 I tend to believe that many of us want to live forever.

But, according to a poll conducted by Reader’s Digest, it turns out most of us do not want to partake in a never-ending existence.

Except Brazilians – 72% of them wanted eternal life (duh…it’s because they’re out partying all night).

Indians ranked next in hoping to break the death barrier, with 67% voicing an affirmative yes! to life.

At the opposite end of the spectrum, only 36% of Russians, 39% of Singaporeans, and 40% of Germans are hoping against meeting their maker (or not heading on to their next life). Americans also came in at 40%, Brits 41%, and Canadians at 42%.

It’s interesting to contemplate why the numbers range so much between certain countries. What exactly do these statistics imply?

Views On The Afterlife

Does wanting to live forever or just get it over with have to do with religion, socioeconomic status, or a general outlook on life? Or is it just a random process?

I suppose Indians on the whole are less stressed than Americans (although the Westernization that is currently underway may be changing this belief), so inevitably, they’d want to live longer.

For some, creating a masterpiece is certainly something worth living a long time for.

But then a good chunk of the Indian population believes there is more than this one life, and hopefully the next life will be better, so that makes me think they’d want to get on with it.

I might also hypothesize that Russians have had to deal with quite a bit since the fall of Communism, and it’s not been exactly smooth going, so maybe they want the misery to end.

Plus, the largest religion is Russian Orthodox Christianity, which is pretty clear on the trials and tribulations of life and death, and the kickass-ness of the afterlife.

And yet, Russian artists seem intent on capturing the timelessness of life. As Maxim, a Russian couchsurfer, explains in a recent interview conducted by by Matador Trips co-editor Carlo Alcos, in his culture “poets, writers and musicians have always been the ‘conscience of the people.'”

For some, creating a masterpiece is certainly something worth living a long time for.

Contemplating the reasons for or against life eternal based on one’s current life seems to split 50/50. But maybe there are other reasons why the populations of different countries had such a varied response to this question.

Why do some countries want a never-ending party, while others think a finite amount of time is just fine with them? Share your thoughts below!

Don’t miss BNT’s recent interview with Jason Silva about how science can eliminate death, along with the interesting debate in the comments section.

What did you think of this article?
Meh
Good
Awesome
Bookmark
Posted In
Culture Religion