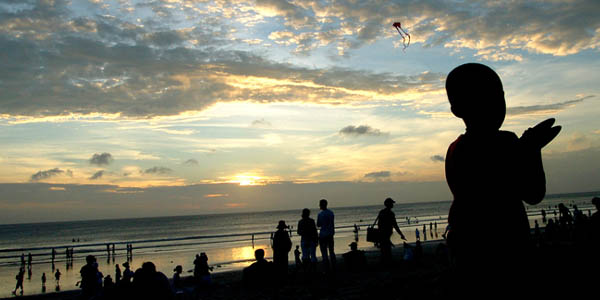 From Bali to Mumbai, terror is forever lurking around the corner. Or is it? Here’s how to make peace with danger on the road.

Barely a year had passed since the September 11th attacks in New York City, when bombings struck the small Indonesian resort town of Kuta Beach, Bali.

Two popular night spots for tourists, the Sari Club and Paddy’s Pub were destroyed, one by a suicide bomber, the other by a car bomb. A year prior I had spent several nights in a row partying at both Paddy’s and the Sari Club.

Can we escape the Enemy, be it in the form of disease, natural disaster or human being?

The sting of knowing how easily it could have been me instead of those killed was undeniable.

In October 2008, I watched news reports coming out of India, detailing the horror of gunmen storming the corridors of a Mumbai hotel, exterminating people based solely on their nationality.

I’d walked the same halls a year earlier and once again, felt that same sinking understanding of how easy it is to simply be in the wrong place at the wrong time.

Earthquakes, tsunamis, cyclones – more threats to our personal safety, none of which would discriminate based on nationality or religion. Even now, I’m writing this as the world looks to be on the brink of an influenza pandemic.

Terror, it seems, is forever lurking around the corner.

How then, can we possibly consider travel while such horrible things continue to exist? Can we escape the Enemy, be it in the form of disease, natural disaster or human being?

The Truth About Danger 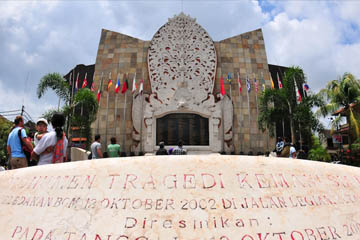 The fact of the matter is that there is no easy answer, no simple remedy. Danger exists, it always has and it always will.

Perhaps that isn’t much of a comfort, but once we allow ourselves to surrender to that concept, the easier it is to gain perspective.

The vast majority of the time that I’ve ventured out of my own little world, I’ve found that by and large, kind and generous people populate the earth. People whom in many cases, will go out of their way to help or lend a hand if need be.

True, I’ve also been robbed at knifepoint and on one particularly bad occasion, hospitalized after receiving a beating by a gang of skinheads.

I don’t wear these unfortunate experiences as any sort of badge of honour, but I have learned that bad things do happen. That much is inevitable.

Studies done by the National Safety Council show that one is far more likely to perish by drowning in the bath or accidentally suffocating in bed than as a result of travel.

And while such statistics are in no way consolation for those who lost friends and family in the Bali bombings, or the Mumbai attacks, they do emphasize the heart of the matter: that risk isn’t restricted solely to the adventurous. 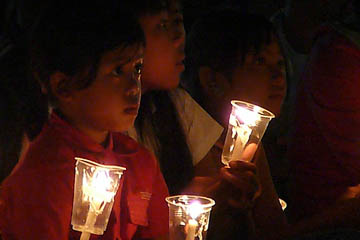 Perhaps it is too easy to build up a false sense of understanding about the world around us. Without the first hand experience that travel provides, we tend to rely on hearsay and news snippets to define our opinions of foreign lands.

Unfortunately, too often, this information gives us a microscopic glimpse, rather than a broad view of the whole.

Nonetheless, we can only read so much out of such information. These statistics, as with all news and information are simply guidelines.

The reality of your experience is impossible to predict. I’ve travelled through dangerous places and encountered dangerous people, but these are isolated incidents that no more tire my resolve to travel than does losing my luggage.

What is possible to define however, is that we’re all unified by more or less the same desires: those of peace, health and happiness.

The borders that separate us aren’t arbiters of where good ends and bad begins. We live the lives that we want to live and while some decisions can lead to better results than others, in the end there’s only so much control we can apply over any given situation.

I can’t imagine a world where the art of travel was lost and I don’t want to, either.

If we are ever to bridge the gaps that divide us and if we strive to make the world a slightly less frightening place, then surely our only real option is to continue to see it firsthand, come what may.

What do you think about traveling and danger? Share your thoughts in the comments!

Rajasthan’s epic camel festival is two days of fur-cutting, dancing, and races
30 awesome Japanese idioms we should start using in English
The most popular last name in every country in the world, and what they mean
9 boardless, cardless games to play anywhere
21 amazing images of the new Seven Wonders of the World