View all travel news
Top Destinations
Top CitiesView All Destinations
Trending Regions
Trending Cities
Load More
A controversial interview with author and ex-vegan Lierre Keith on how a vegetarian diet is not the answer to save our ailing planet.

ON THE ONE HAND, a locally grown steak, from a cow raised on grass and without hormones. On the other hand, a highly-processed soy burger that was grown somewhere far away, with many ingredients I cannot pronounce.

After reading Lierre Keith’s stunning and personal book “The Vegetarian Myth” now I’m not so sure.

And yet, in her concise and poetic manifesto, ex-vegan Lierre argues that vegetarians and vegans have been led astray. We’ve been told that we can have a “killing-free” existence, and the path is paved with entirely vegetable diets. But herein lies the myth:

After reading the book, I had to interview Lierre about it and how we truly come to know our food.

BNT: Why did you feel this book had to be written? 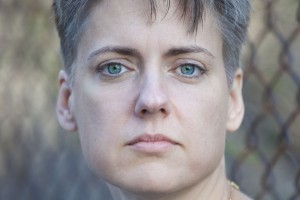 LIERRE KEITH: The most important reason is that the planet is being destroyed by the social arrangement called civilization. And agriculture is the activity at the base of civilization. Agriculture is, in fact, the most destructive thing that people have done to the planet. Yet the people who should care the most — environmentalists — don’t even identify agriculture as a problem.

And it gets even more bizarre in that it’s those very agricultural foods that are promoted as the way to save the planet. So I wanted to reach the people most impassioned about the state of our planet and try to explain that we have gotten this wrong for a generation. It’s not the values that are wrong, it’s purely informational.

The second reason is that I didn’t want a whole new group of idealistic young people to destroy their health. A vegetarian diet — and especially a vegan diet — does not provide for the long-term maintenance and repair of the human body. So vegetarians are on drawdown of their biological reserves.

Eventually, the rubber hits the road. There is a whole generation of us here who believed in it and tried it until we did permanent damage to our bodies. It was all for nothing. It’s pointless suffering. And I want to stop the young ones from doing the same thing.

BNT: You divide each type of vegetarian/vegan into three camps: the moral, political, and nutritional. Can you (briefly) outline the beliefs of each?

BNT: I fall into the moral/political vegetarian category – in your book you reveal how this “activism” will not save the world, or produce less animal suffering. Can you explain?

First of all, lifestyle is not politics. The left has completely collapsed into these kinds of lifestyle adjustments, abandoning the concept of organizing to confront power. There are no personal solutions to political problems. Only political movements can confront and dismantle unjust systems of power.

Specifically, agriculture is biotic cleansing. It requires taking over entire living communities and clearing them away, then planting the land for just humans. All of that is a long way of saying “extinction.” None of us can live without a place to live, without habitat. An activity that has destroyed 98% of most animals’ habitat can hardly be claimed to be animal-friendly. 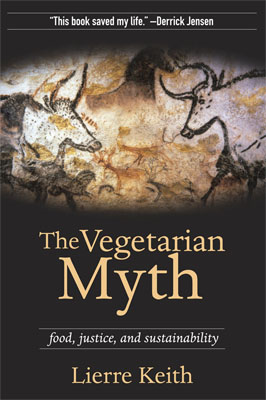 BNT: You write “It’s not killing that’s domination: it’s agriculture.” (p246) and “agriculture is more like a war than anything else…” (p36) Can you explain how agriculture is the true “villain” in our goals toward a more just and sustainable world?

You take a piece of land and you clear every living thing off it–and I mean down to the bacteria. That’s what agriculture is. Richard Manning has this great line, “A wheat field is a clear-cut of the grass forest.” He’s right.

Besides the mass extinction, it’s inherently unsustainable. When you remove the perennial polyculture–the grassland or the forest–the soil is exposed and it dies. It turns to desert ultimately.

Northern Africa once fed the Roman Empire. Iraq was forests so thick that sunlight never touched the ground–no one in their right mind would call it the “Fertile Crescent” now. The dust storms in China are so bad that the soil is literally blowing across the Pacific Ocean and over the continent until it hits the Rocky Mountains, where it’s causing asthma in children in Denver.

The planet has been skinned alive. And the only reason we have not hit complete collapse is because we’ve been eating fossil fuel since 1950. This is not a plan with a future as peak oil is probably behind us and we are on the downside of Hubbert’s curve.

BNT: You write “no one told me that life is only possible through death, that our bodies are a gift from the world, and that our final gift is to feed each other.” (p236) Can you elaborate on this truth, and how we can apply this ethos to our lives and the food we eat?

If our planet has any hope, it will be because we repair the perennial polycultures–the grasslands, the forests, the wetlands–and take our place once again as participants in those biotic communities, instead of as destroyers of them. That’s what we did for our first four million years–we were participants in living communities. It’s only in the last 10,000 that we’ve become monsters.

BNT: Since your book’s publication in 2009, were you surprised by the reactions from the vegan/vegetarian community?

I was in the vegan world for twenty years, but I did not realize that vegans would stalk, harass, and assault me. I didn’t realize that I was dealing with people who are that cult-like and fundamentalist in their mentality. I can’t speak in public without security now. And they have let me know that they know where I live.

They have, ironically, proved my point about the psychology of veganism better than my words ever could. I don’t give in to bullies, and besides, my planet is at stake. So I’m not going to stop. But there is a very scary psychology running through this community.

BNT: On the other hand, did any unforeseen allies reach out afterward that you didn’t expect?

I get emails every day from ex-vegans, thanking me for saving their lives. That makes it worth it. And I’ve also met farmers who have given up annual monocrops and are restoring their land to prairies and savannahs, in part because of my book. There are birds nesting on those lands that haven’t been seen for over a hundred years. That definitely makes it worth it. I’ll take the hostility of vegans in exchange for a nest of fledglings any day. It’s amazing to think that my work has had that kind of an impact.

BNT: Given the response, is there anything you would have argued differently looking back?

BNT: “In order to save the world we must know it.” (p247) You write that much of the destruction we inflict on the world is a result of our disconnection. How can each of us truly come to know the world?

We have to build relationships with the creatures that make our lives possible and with whom we share this planet. And that’s all of them–the bacteria, the plants, the insects, the birds. Not just the mammals. Everybody else. Animals are only 15% of life.

In a biological sense, this is a planet of bacteria. They are the people doing the basic work of life. They keep the basic cycles going–the carbon cycle, the nitrogen cycle, without which no animals would be here. We need to get profoundly humble before the incredible activities they do that make our lives possible. That humility needs to be the basis of our culture, our religion, our reality.

BNT: You write “If you hear nothing else in this book, hear this: there is no personal solution.” (p264) Also, “the task of an activist is not to negotiate systems of power with as much personal integrity as possible – it’s to dismantle those systems.” (p265) Why do you feel the mainstream emphasizes personal lifestyle choices as the main path to a better future, and why do you believe this path is misleading?

It’s misleading because it’s useless. The mainstream has taken this up because it’s easy. It requires no risk. Direct confrontations with power, on the other hand, require serious courage.

As Frederick Douglass wrote, “Power concedes nothing without a demand. It never did and it never will.” Saving this planet will require a serious resistance movement to industrial capitalism and ultimately to civilization.

BNT: You state in your book that you avoid “easy answers” to complex resistance, but you still offer some basic guidelines. One powerful question you offer is to ask “what grows where you live?” Why is this so important?

I offered those guidelines about what to eat because I knew people would want to know. I did not call them resistance, because they’re not resistance.

The question about “What grows where you live?” is important because to answer it you have to know the place that you live. You also have to know what activities and what actors are destroying it. I would hope that from there, people would be moved to defend their homes.

BNT: Finally, as we move into an uncertain future, you state the importance of “inoculating people against future fascism” (p268) Why do you see this as crucially important?

In times of social collapse, desperate people can do very ugly things. Since the book was released, we’ve seen the rise of the Tea Party movement, who have successfully run candidates for office. The public discourse has turned more and more to violence, Gabby Giffords was shot and others killed.

People are getting desperate in this country as the wealthy have destroyed first the working class, then the middle class. All that’s left are the poor, the old, and the sick, and now the republicans are going after Social Security and Medicaid. Rick Perry is running for president, and he is a Dominionist Christian who truly believes that the United States should be a religious theocracy. We need to get active or we will be living under the christian Taliban.

Grab a copy of Lierre Keith’s book ‘The Vegetarian Myth.”