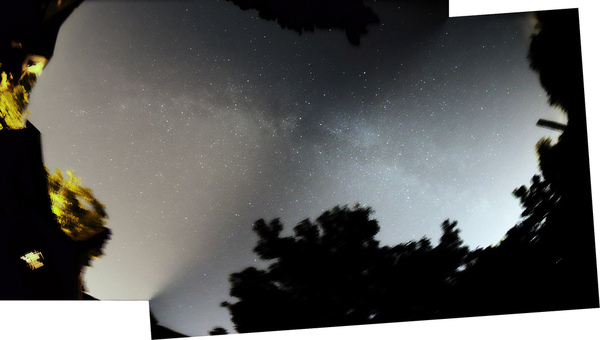 From the Yogis to the Romantics, many have sought to live on the edge of society and explore those places that are uninhabited.

Some will tell you that you can find the divine in a church, a temple, a mosque or a pagoda. That might work for you. It never has for me. Instead, I have found the divine in darkness.

Carl Jung said, “As far as we can discern, the sole purpose of human existence is to kindle a light of meaning in the darkness of mere being.”

Darkness isn’t just about switching all the lights out and disconnecting the phone. It is about total immersion

Darkness isn’t just about switching off all the lights and disconnecting the phone.

It is about total immersion, the deep penetrating and all-embracing black stuff you only find in true isolation, when you step beyond the reassuring warmth of human civilization.

There is a long historical tradition of seeking the profound by escaping society and choosing the darkness.

There were the wilderness prophets of John the Baptist and Moses, as well as the Yogis who sought a deeper awareness of self in retreat. The Romantic poet, William Wordsworth found an overwhelming experience of being alive whilst wandering the hills and mountains.

Yet, in our congested modern world, it is increasingly difficult to find these places and harder still to find the time to absorb them. This is a universal experience, one that can be found at any time in history, on any continent, in any country.

For our generation, our isolation is found in the travel experience, one that is transitory and passing.

The Edge Of The World

I explored such a place for some months, whilst living in the New Zealand outback. The locals amusingly referred to this place as the wop-wops – a generic term for anywhere so remote, it doesn’t even warrant a name. 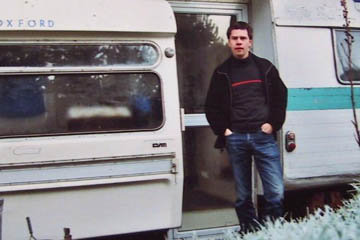 Jon standing before his trailer.

My home was a static caravan, on top of a hill, 12,000 long miles from home. Between me and civilization was a valley, a long and harrowing drive down a dirt track and a farm filled with demented Emus.

I wasn’t a hermit. I traveled and worked but I did spend many nights alone in this caravan, on this edge of the world.

Surrounding my home were mountain ranges and forests, birds and possums, but after a time, they too vanished under the setting sun.

This was the time that the world changed, when it disappeared, leaving nothing but mysterious sounds and the cold night, a smooth velvet darkness that enveloped me.

On one of many cold frosty nights, I shut my caravan door behind me and took a step out into the darkness. The Milky Way wrapped across the sky, the Moon was but a sliver and the sky sprinkled with stars.

I walked until all I could see was my little home, floating in the dark space, its windows awash with light. It looked like a satellite, lost and far away, suspended in the void.

I stood there awhile and tried not to let the cold get to me. I waited and then waited some more, just absorbing my surroundings, until the world wasn’t just a long way away. It was gone…

I was disconnected, cast aside and lost. I felt strangely without form, small, without substance and insignificant.

There was a jolt, like a silent earthquake that left no physical impression. There was no crack in the earth, but there had been a change nonetheless – profound and intoxicating.

I was disconnected, cast aside and lost. I felt strangely without form, small, without substance and insignificant.

My subconscious struggled desperately to find a cultural reference point to cling to. David Bowman cast adrift in the final moments of 2001: A Space Oddysey, calling out to Bowie’s Major Tom. 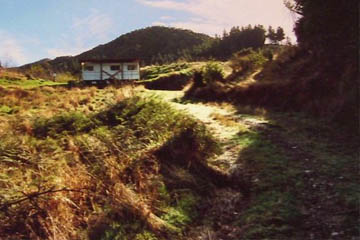 Trailer in the fading light.

Yet, though I was lost, a speck on a rock in the darkness, something else was there. Something intangible was filling that space and it pushed a tickle up my spine.

It didn’t speak, it didn’t have a voice and there was no kindly, bearded old man in white. What was it? Well that’s the question isn’t it? What is left, when all we have built is gone?

That’s the BIG question of life, the universe and everything, as Douglas Adams once put it.

It was the feeling of utter isolation, of removal not just from society, but from the world and then finally being removed from my own sense of self.

It might have been a horribly disturbing experience but for the equally profound sensation of being a part of everything.

Let me clarify, I felt connected to EVERYTHING – the earth, the air, the stars, all of it. Of course, it’s a paradox. How can you feel empty and yet complete? I don’t know.

This is what preacher’s talk of – this light in the darkness. Those inclined might attribute it to God, the cynic would say it was madness.

To read of this, is not to know it. Instead, I would implore my fellow travelers to go in search of the darkness yourself.

I leave the final words to a more accomplished explorer than myself, Benedict Allen:

“To me exploration isn’t about conquering natural obstacles, planting flags…it’s not about going where no one’s gone before in order to leave your mark, but about the opposite of that – about making yourself vulnerable, opening yourself up to whatever’s there and letting the place leave its mark on you.”

What do you think of finding the divine in the darkness? Share your thoughts in the comments!