“Army of Moms” expands to new block in hopes of stemming South Side violence http://t.co/23rQp5FmZR pic.twitter.com/RTKuyE2eYz

Many Chicago neighborhoods are known for their violence. Hell, there have already been over 2,500 shooting victims this year, compared to 2,587 victims over the entire 2014 year. Tamar Manasseh, the founder of Mothers Against Senseless Killings (MASK), is hoping to combat this statistic in a very meaningful way.

MASK is a collaborative, grass roots effort among parents to combat senseless gun violence in their neighborhoods. The organization directly focuses on the power of the mother to fight and support against this violence. The moms in question use all sorts of means to promote safety from positive loitering to putting forth legislation.

Back in August, 2015, several individuals had been shot in Englewood, one of Chicago’s most violent neighborhoods. This sparked the ‘army of moms’ into action. Planting folding chairs on a corner of the intersection, the moms spent the day hugging and chatting with those who passed by. They continued to do this until school resumed after Labor Day. During the entirety of their time on the corner, not a single shooting occurred. In a city that is plagued by gun violence, this organization has started to bring much needed peace. 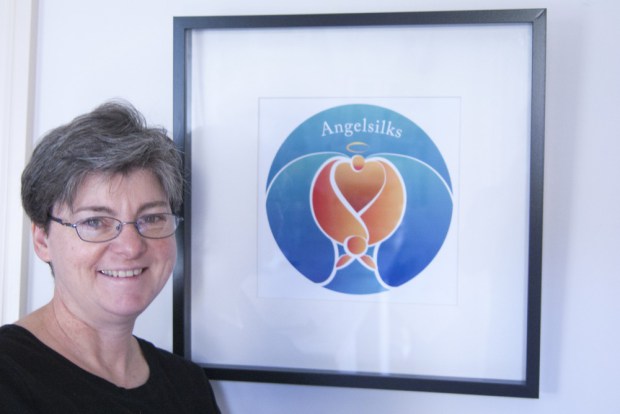 In 2007, Evi Slaby met Katie McElearny, a middle school student suffering from Myelodysplastic Syndrome (MDS). In Katie’s situation this led to a form of cancer known as Leukemia. After Katie passed away later that year, Slaby was inspired to set up Angelsilks in her honor. Now, eight years later, Angelsilks continues to donate scarves to cancer patients.

Having to move with her family, Slaby has managed to keep her business going in Pittsburgh, PA, Evansville, IN, and now Chicago, IL by partnering with local organizations, church groups, and community members. Angelsilks started out by having participants paint one scarf for themselves and one to be donated to cancer patients. It has since expanded and now also includes pillows, bags, cards, and window hangings.

Slaby has had the unique opportunity of watching how different groups approach painting. Whether they are cancer patients, women’s groups, or even school groups, each individual approaches it differently. For some it’s freeing, for others it’s hard to even begin. Understanding that some may be challenged by this, Slaby encourages all of her participants to relax and let the brush do the talking.

Sustainable, fair-trade coffee. What else could someone possibly need? How about aging coffee beans in cognac and bourbon barrels. Yup, Dark Matter Coffee experiments with that also. Diaz prioritizes this form of economical and experimental coffee brewing by purchasing beans from fair-trade farms in El Salvador, Mexico, and Guatemala.

What sets Dark Matter Coffee apart from its competition is its family centered business outlook. Diaz entered the business without much prior knowledge of the coffee industry. Since then, he and his employees have grown and learned together in order to provide top notch espresso.

To make matters even better, Dark Matter Coffee believes that “quality coffees are sourced based on traceability, innovation, and social responsibility.” If that’s not worth supporting, I’m not sure what is.

The Peterson Garden Project goes beyond what most community gardens provide. Aside from providing fresh produce, this organization teaches about food security and GMO labeling, and offers cooking classes that intertwine cultural heritage and public health with culinary skills. Their three-pronged focus on gardening, cooking, and learning, has propelled their ideas through much of Chicago’s North Side.

In a city that’s overrun by suburbs and skyscrapers, the idea of urban farming has become increasingly popular. Joy and the rest of the Peterson Garden Project focus on teaching people to do just that by re-purposing the world war-era victory garden. These gardens serve as the main teaching tool for Joy and her organization.

Throughout the cooking and gardening process, the organization takes a strong stance on educating their members on in ways that help create a more meaningful experience in the kitchen and in the community. Whether it’s planting demonstrations or entertaining on a budget, they’re events vary greatly from cooking to gardening. 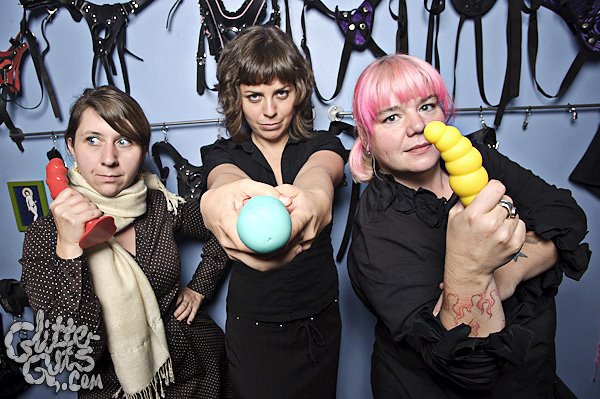 When the idea of a sex shop comes to mind, it’s probably not far from the shady adult store located off of any major highway. Early to Bed (ETB) is NOT that. It is, however, committed to providing a safe, educative, and quality-oriented space for people of all walks of life. While it is a women-oriented sex shop, it is committed to providing a sex-positive atmosphere.

Since being founded in 2001, Deysach has been sharing her message of positive sexuality with community groups and college campuses among others. Likewise, ETB now provides workshops on sex positivity not only in Chicago, but also throughout the state of Illinois.

By sharing this message, ETB continues to advocate for LGBTQ organizations in hopes of continuing to build a positive image of that community. This goes a long way towards creating a safe and educative environment for every walk of life.

Tagged
Activism Student Work Sustainability
What did you think of this story?
Meh
Good
Awesome