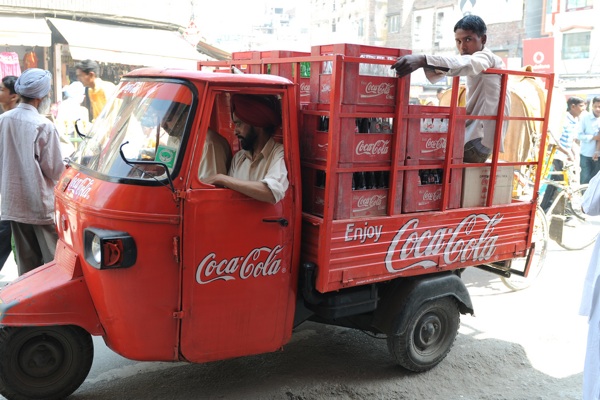 The Coca-Cola Company is sending a team made up of three young explorers on a year-long quest to find out what makes people happy. Which makes Tom Gates cranky.

Somewhere, a marketing executive must have smoked a bowl and watched “The Amazing Race.” He’d probably been grappling with how to exploit all of the social networks in one shot, his team had probably been harping about peer-to-peer marketing, and his boss was most likely riding him about joining the YouTube Generation. What to do?

It would seem that he (or she, or an outside marketing company) invented Coke’s luke-warm Expedition 206 campaign, in which three pre-packaged Coke-heads will travel through 206 countries currently serving the beverage. Along the way, according to Coke, they’ll “seek and share the optimism and happiness of Coca-Cola”, while providing the world with more much-needed blog posts, tweets, videos, interviews and pictures.

Voting is currently taking place to pick one of three teams, whose candidates have been assembled by Coke themselves, having gone through “an extensive application process and boot camp at Coca-Cola headquarters in Atlanta, GA.” Take that for what you will, but I smell media training and a polish.

Rehearsed and scripted ‘viral’ video introductions of each team are currently available on the 206 website. In an apparent attempt to alienate almost anyone at the campaign’s onset, the clips ooze with surreptitious corporate objectives, from the squeaky clean contestants to the team’s humdrum names (“Team Wow!” ,“Team Mix”). The whole thing comes off like what it is– a marketing tool.

In a move that won’t come as a surprise for with an IQ higher than a pheasant, Coke is downplaying the branding aspects and is instead selling the project as a glorious experiment for mankind. Adam Brown, director of Coca-Cola’s Office of Digital Communications and Social Media, told Forbes, “It’s not about having the Coca-Cola brand first and foremost, center of the screen…. It’s about telling the story that involves Coca-Cola, that involves the attributes of what Coca-Cola is about, optimism and joy.” 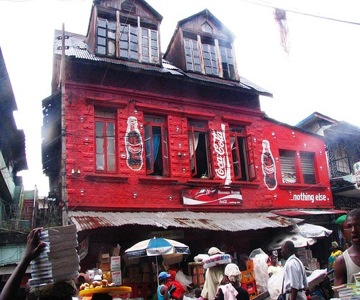 As someone who has been traveling the world for nearly a year, I keep wondering if the company really has any idea what they’ve taken on, and to what end they will pursue it. The upside seems to be the potential for a social media presence, as witnessed by the obvious grabs during the voting process (add Coke to your Facebook friends, etc.). But couldn’t they have nailed as much activity by giving away a few new computers and a pony? Why the desperate need to organize some kind of worldwide hokey-pokey?

“Why the desperate need to organize some kind of worldwide hokey-pokey?”

The answer, of course, is that marketing executives need to substantiate their jobs in a world gone socially mad. Fourteen year olds are marketing their shitty death metal bands better than some brands and there are many expensive college degrees left out there to substantiate. This contest is merely executives trying to prove that they can out-maneuver a bedroom marketer.

The three winning candidates are surely out for a great ride, and at Coke’s expense. I have to wonder if they realize, though, that the whole thing will be Last Year’s News by mid-2010, as they’re left wandering the planet Tweeting about neato waterfalls to a captive audience of ten Coke interns. Twelve months is an eternity in the advertising world, where new campaigns and new initiatives are launched monthly. Unless the program is a huge success, I don’t see how it could hold the interest of a corporate culture for that long.

There also seems to be little revelation about what these youngsters will be doing out in the world. According to the site, they’ll be “…meeting new people, seeing amazing places, experiencing different cultures and attending local events….” This could mean life-expanding adventures that open their world view. Or it could mean a canopy walk and a game of ‘ole Pat Pong Ping Pong.

“We’ve got a planet currently held together by duct tape.”

Lastly, there’s all of this business about happiness. I’m all for making the world a better place through a positive attitude and hope… but how about shedding a little bit of light on what is pulling the world apart? We’ve got a planet currently held together by duct tape – is now the time to spend a year running around it like Smurfette, giving kisses to whoever will have them? Or is it the year to expose world poverty, build houses for the homeless, and get together with the world’s thinkers? How exactly are you going to make a person with no water smile? Oh right, you’ll hand them a Coke.

It’s a little unfair for me to be jumping the gun this early, before this group’s body of work is brought into the world. I do wish them the best and I hope, no matter which team wins, that they’ll realize they have a platform to show us more than they have in their current trite videos. And hopefully Coke will keep their hands of the censor button long enough to allow these kids to tell us about the important things happening in the world.

Either way, at least you’ll have me watching.

Interested in the tactics other big corporations are taking to polish their image? Check out Christine Garvin’s article “Localwashing: Shop Locally at Your Neighborhood Corporate Store.”

The spookiest mythical creature in every country in the world
30 awesome Japanese idioms we should start using in English
How to celebrate Wiccan Samhain instead of Halloween this year
This photographer took an illegal tour of Chernobyl. Here’s what he saw.
20 of the funniest idioms for people learning English