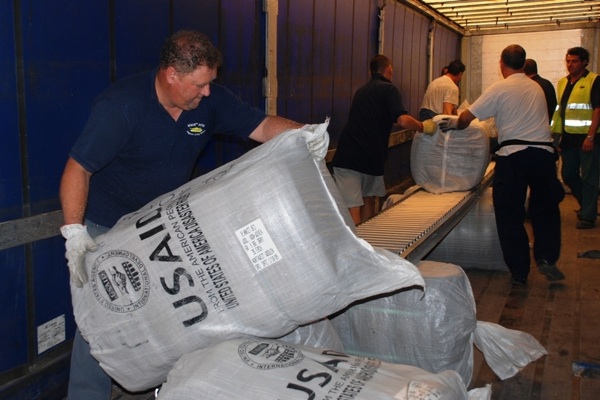 Some say yes, calling foreign aid a form of neo-colonialism that does not alleviate poverty, but in fact perpetuates it.

I had a particularly privileged friend during high school—let’s call him Joe. On Joe’s sixteenth birthday, his father bought him a brand new Audi, a truly sweet piece of machinery. After several months of joyrides and speeding tickets, the engine block locked up, and the Audi was finished. Joe had never changed (or even checked) the oil. His father was furious and refused to foot the steep bill of repair.

What did Joe do? He got motivated. He mowed lawns and cleaned gutters every weekend until he could afford a twelve-year-old jalopy. And he cared for that clunker with the proud dedication of a doting mechanic. Was Joe’s sudden maturity unusual, or was it a natural result of his newfound self-reliance?

The bigger questions for our purposes are:

1. Does the weight of liability change human behavior?

2. If so, how should this inform the first world’s approach to extreme poverty in the third world?

In the realm of sustainable development and foreign aid (that is, not emergency-relief aid), there are no easy answers. The ongoing debate comprises a plethora of polemics, but I discern three main viewpoints among them:

The proposition: Extreme poverty is a big, multi-level problem that requires big, multi-level solutions. We need large-scale plans—ambitious, multi-billion dollar initiatives by resource-rich outfits such as UNICEF and USAID.

Top-down planners advocate a comprehensive strategy due to the interdependency of factors inherent to poverty. That is, economic invulnerability depends on diversity of employment options, which depends on access to quality education, which depends on reliable infrastructure and students’ health, so we must build roads and hospitals and distribute mosquito nets. . . and on and on. Everything relies on everything else. 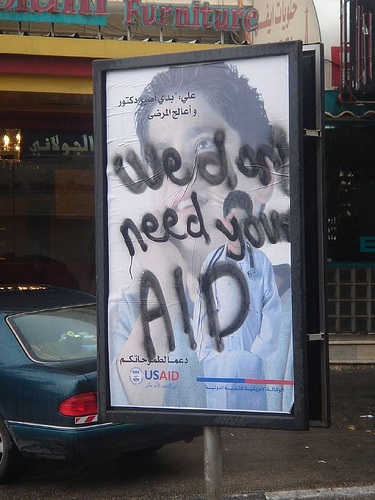 The opposition: Ineffective penetration, lack of accountability. Big aid money goes to governments rather than the people, as money gets siphoned off at all levels. This approach enables corruption and encourages irresponsible governance.

Grandiose schemes are poorly implemented due to insufficient understanding of ground conditions. In short, there is too much distance between planners and intended beneficiaries.

The tone here is negative: “We pity you, so here’s some help. But we won’t invest and trade with you on equal terms, because you’re beneath us.”

The proposition: Lasting gains are intrinsically incremental. Establishing improvements that actually benefit the poor requires ground knowledge. Aid workers must go to the bottom rung, learn the environment, and search for ways to improve conditions within quantifiable parameters.

Unlike top-down aid, bottom-up aid focuses on building capacity within target communities to become active participants in the determination and execution of development projects. This approach aims to level the exchange, so beneficiaries are gradually empowered to take up their own cause. Weaning is essential, hence these NGOs have an exit strategy.

The opposition: The process is slow, but hunger and disease don’t wait. And as with top-down aid, the onus of responsibility is lifted from local government. Government officials can sequester resources while remaining nominally responsible for the progress made by NGOs within their jurisdictions.

Though subtler, bottom-up aid is still paternalistic. It feigns home-grown development, but foreign influence is undeniable, especially in cases where community “input” amounts to locals saying yes to whatever is proposed by those holding the checkbook.

The proposition: Foreign development aid is a self-perpetuating, growing institution and has actually harmed the third world. Aid fosters dependency, encourages corruption, and in turn exacerbates poverty. Top-down aid fails to create jobs or other lasting improvements, and likewise most bottom-up aid functions on the condescending presumption that target communities cannot participate unassisted in the open market.

This position calls for a sea change in the mindset of aid recipients, who have been conditioned to believe that foreign aid is the solution to their plight. They have been systematically incentivized against their own initiative.

Big money, top-down aid is more culpable for increased disenfranchisement in the developing world than the bottom-up variety, because its magnitude of misguided funds has more solidly entrenched corrupt leaders.

“A largely libertarian approach may have worked for North America and western Europe, but these same countries arguably caused many of the developing world’s problems through imperialism.”

Bottom-up aid in which “searchers” prepare locals for full participation in the free market is non-ideal, but not necessarily harmful. The answer lies in pro-market measures: microfinance, foreign direct investment, trade, floating bonds—systems that encourage innovation and foster self-reliance.

The opposition: There is no definitive, causal link between foreign aid and extant poverty. The two are correlated, but there are too many excluded variables—access to water and other resources, quality of soil, geopolitical history, and so forth—to place the blame squarely on aid. Removal (even a phase-out) of aid in highly dependent areas could be disastrous.

A largely libertarian approach may have worked for North America and western Europe, but these same countries arguably caused many of the developing world’s problems through imperialism. And owing to this differing root of poverty, it may be beyond the capacity of today’s third world to elevate itself out of the poverty trap.

So, what’s the solution?

I don’t know. Like most development workers, I am ambivalent about what exactly the developed world should be doing. My views both align with and diverge from certain arguments proffered by each stance. Every approach seems to have some merit, yet they contradict one another.

My intent is to raise the right questions, not offer answers. That’s where you come in. Share your opinions and experiences in the comments section!

What about aid on a personal level? Check out 10 Ways You Can Help Street Children Without Giving Money.