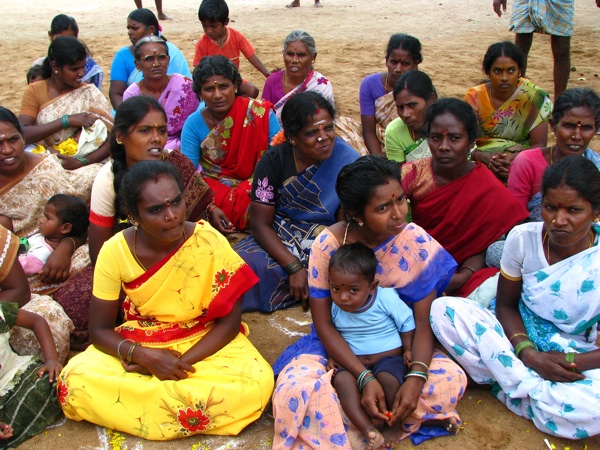 What starts as an interest in a seemingly progressive organization becomes a lesson in journalistic integrity and research.

About a month ago, I read about an organization via Twitter. Excited, I pitched the story to Matador’s managing editor, Julie Schwietert. Once Julie gave me the green signal, I plunged into research, almost convinced I would come up with a favorable piece on the organization.

Instead, my research led me to question everything about the organization’s “mission.”

First, the organization claimed it was providing employment to rural women. While this was true, I discovered that only individuals who had passed the tenth grade were eligible for employment.

While that is fine as a rule, the PR person I was corresponding with said something to the effect of, “I’m not sure how much you know about rural India, but passing… tenth… is not really a big deal.”

Looking at statistics, one will realize that in India, far more women are married off at an early age than men are, and often without any education. Interestingly, this particular organization is located in Rajasthan, a state with a literacy rate below the national average.

If you think about what the organization states as its mission and what I learned during my research, you will notice the disparity immediately.

Further research led to an article about the organization that explained how women who were already employed as teachers were leaving their jobs to work in this company, doing data entry work for “global” clients. 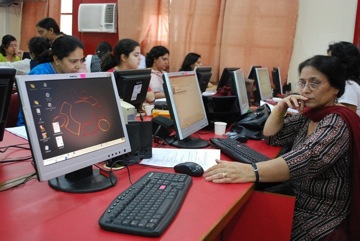 Illiteracy is a huge problem in India and these women were being moved from the educational sector to do jobs that dealt with “computers”? Some were getting paid even less than what they were being paid in schools.

I concluded the organization was doing a great disservice to the educational sector by employing potential educators. And the fact the women were getting paid less seemed exploitative to me. The company was a business venture posturing as an organization promoting social change.

Second, the organization stated it was committed to employing women because money in the hands of women would mean empowerment for their families. When I questioned them about their maternity leave policy, they promptly said they don’t have one, but they let women rejoin the company without any penalties.

I’m not attempting to bring an organization down. As a writer, I believe that it is my duty and responsibility to be transparent with readers. Matador’s senior editor, David Miller talks about having “material transparency” in one’s writing- where one must state one’s own political position such that the reader will understand where s/he is coming from.

I am a liberal feminist and this makes it very difficult for me to write a favorable piece about an organization which seems to be doing more harm than good to rural women, and is not actually reaching out to the absolutely marginalized- poor illiterate women.

The lessons I learned from researching this organization lead to insights I’d like to share with you so you can learn how to evaluate an organization’s claims:

1. Do your preliminary research and ask questions. 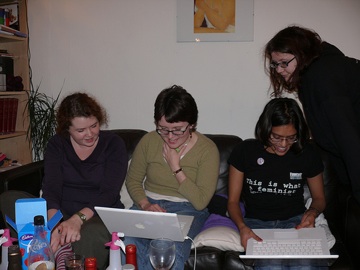 Nothing is worse than getting your facts wrong. It diminishes your credibility as a writer and gives your readers the impression that you’ve just not taken the time to research your article carefully.

3. Remember that the organization will want coverage and will often give you only the positive aspects of the story.

While I understand they are obviously enthusiastic about having their organization covered by the media, it is also important for you to ask probing questions of PR representatives and do independent research.

As a young journalist just starting out, people may bully you into writing things about them. Don’t allow that- remember that your editor trusts you and your readers trust you. It is more important to be true to them and to yourself than be “nice” and write a favorable piece about an organization just because you think you’re somehow compelled to.

5. Give credit where it’s due.

Often people who lead us to a story or PR personnel who spend hours of their time explaining their angle go unacknowledged. Credit your sources and send them thank you mails/ tweets to convey your gratitude.

Reeti Roy is a student in Matador’s travel writing school, MatadorU. Join her in her learning journey! Sign up for MatadorU today.