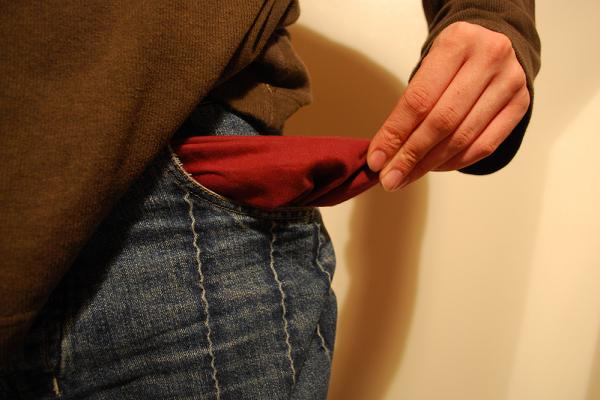 Is Daniel Suelo an enlightened citizen or a skilled moocher?

DANIEL SUELO, 48, HAS BEEN living without money or any barter system, and no food stamps or government help, for the past nine years. While in Ecuador on a Peace Corps mission, he witnessed a rural community acquire increased monetary wealth through farming and shift their traditional lifestyle towards a diet of unhealthy, processed food and a newfound addiction to television.

The experience led Suelo on a spiritual quest that realized itself in India, where he was particularly moved by the Sadhus, wandering monks who renounce all money and possessions. He made the conscious decision to return home, quit his job, and carve out a life without money. 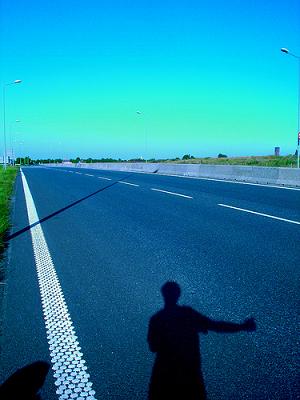 Today, Suelo lives in a cave in Utah and gets around by hopping trains or hitchhiking. For food he relies on dumpster diving, foraging, fishing, and, occasionally, hunting. From the public library he authors a blog and a website where he discusses his everyday life and offers up deep philosophical musings on why a society based on the concept of money is harmful and contrary to our true nature.

He says he’s never been happier, living like “ants and deer and slugs and sparrows and bacteria and atoms and galaxies.”

Though Suelo’s story is a particularly riveting one, less radical communities of “freegans” are cropping up in places like San Francisco and New York. These groups have risen out of a desire to boycott what is seen as an unethical corporate system and to minimize the waste of resources. To varying degrees, freegans salvage edible food from dumpsters, squat in abandoned buildings, and encourage a reconsideration of the benefits of leisure and play as opposed to excessive work.

These movements have not flourished without criticism. Freegans are often dismissed as freeloaders. Others assess the lifestyle as a way to deal with extreme liberal guilt while still living within the confines of privilege and comfort. Daniel Suelo frequently receives hate mail expounding him to get a job and stop mooching off society.

It’s a valid discourse. It’s nearly impossible to be completely self sufficient. Suelo frequently relies on hitched rides, a library that’s supported by taxes, and the various cast off excesses of consumer society. He dismisses that this devalues his philosophy, asking “Are swallows nesting in house attics dependent upon money?”

He cites that goods flow from producers (laborers) to bankers, brokers, and landlords who produce nothing. He frequently touts his lifestyle as a return to a way of living more in line with the natural world, a way towards freedom from things that don’t exist towards one of generosity and truth.

However, it can be argued that a system of barter is indeed a part of our nature. Our nearest relatives, the chimpanzee, frequently barter food for grooming and sex. Even Neolithic cavemen bartered. A return to a world without money would be possible only if human beings, like bees and ants, decided to utilize our skills equally so that we may benefit from each other freely.

Knowing the history of humanity, however, it doesn’t seem that we can adhere to such noble principles. Furthermore, even without money or a bartering system, human beings could still find ways to oppress each other.

It’s also important to note that Suelo’s lifestyle would not work if he lived in a less monetarily wealthy country. Many people live with virtually no money, and there are no overabundant dumpsters or gifts from generous neighbors to compensate for a lack of “monetary illusion.” In those places, not being a slave to a piece of paper also results in starvation and death.

Many travelers often walk a thin line between admiring a community and romanticizing poverty. It’s possible to question whether Suelo’s motives lie in some kind of imperialist nostalgia towards the communities he encountered on his travels.

However, philosophically speaking it is true that we tend to live in a real-life matrix. Our society as a whole is comprised of things that exist only in our collective consciousness rather than in reality.

“It is interesting to witness someone who disagrees with conventional society to such a degree that he opts out of it completely.”

Take for instance, the idea of borders. In the 19th century, Native Americans referred to the border between Canada and the United States as the “medicine line” because they were perplexed that the American troops would chase them through the land but suddenly stop when they crossed that invisible line. They thought it was magic; to the Native Americans, all of it was just land.

Just like borders, money is a concept that becomes real only because we believe in it collectively. As Suelo says, “If a dollar bill represented itself, it would no longer be money. It would simply be a piece of paper with pretty art on it.” The fact that people will kill each other and ruin the earth for an abstract concept seems almost ludicrous when analyzed from that angle. It’s downright maddening when multiple psychological studies confirm the old adage that money really does not buy happiness.

Who really understands our complex monetary system, other than the few who benefit tremendously from such knowledge? Henry Ford once said, “It is well enough that people of the nation do not understand our banking and monetary system, for if they did, I believe there would be a revolution before tomorrow morning.” Rarely do we ever question our entire financial system until some kind of disaster, like the current economic recession, sparks the discussion.

Regardless of any stance, it is interesting to witness someone who disagrees with conventional society to such a degree that he opts out of it completely.

Do you find Daniel Suelo’s lifestyle commendable or outrageous? Share your thoughts in the comments below.