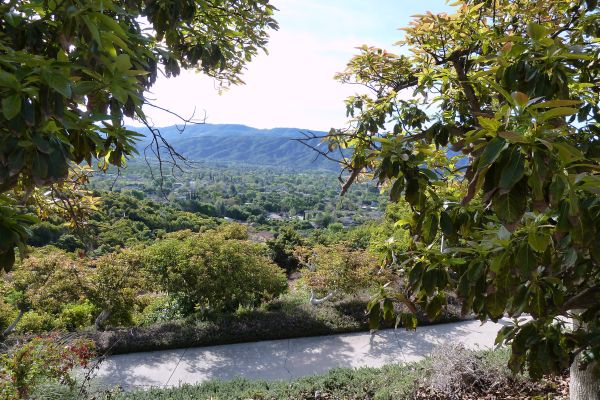 Feature photo (not of Ojai): USACEpublicaffairs | Photo above (of Ojai): Author

On a recent visit to Ojai (a town less than 2 hours from Los Angeles), I discovered the Ojai Valley Green Coalition. After a conversation with Executive Director Deborah Pendrey, I realized there are many organizations trying to make Ojai a better place… and possibly an example for the rest of the United States.

The Ojai Valley Green Coalition focuses on what Deborah Pendrey calls “social patterns” – a broad term that encompasses everything from watershed to food to the physical and social infrastructure of Ojai. Their biggest issue right now is creek repair and habitat restoration, with a goal to free up the natural water resources. The seemingly simple act of removing non-native, water guzzling plants and replacing them with native plants that are less aggressive and use less water frees up the flow, creating more water for the town to use.

There are several other non-profits in town, all with different and specific objectives. They work to collaborate and compliment each other to avoid duplicating efforts and to be as effective as possible in their respective areas.

Ojai Valley Land Conservancy– working to protect open spaces within the Ojai Valley so that the community can continue to enjoy these areas.

Food for Thought – a healthy schools program that is campaigning for bringing local nutritious foods into schools, minimizing waste, and encouraging the use of environmentally friendly cleaning products.

Deborah also mentioned collaboration with the community members of Ventura, a town approximately 20 miles south of Ojai. Ventura is down river from Ojai, and Ojai is upwind from Ventura. Each town has a significant environmental effect on the other because they are in the same bioregion – an area defined by its ecological attributes instead of artificial boundaries determined by humans.

This kind of collaboration is becoming increasingly important as natural resources are depleted and the effect we have on each other is more obvious.

Besides working together, the common denominator among all of these non-profits is that they are based on education and community involvement. Through presentations, workshops, and volunteer events, these groups are able to make a significant impact on Ojai.

My visit to Ojai was thanks to Ann Flower PR, but the research and opinions are my own.

Ojai isn’t the only place with dedicated community members; check out more organizations and individuals featured in this article: America’s Greenest Schools.