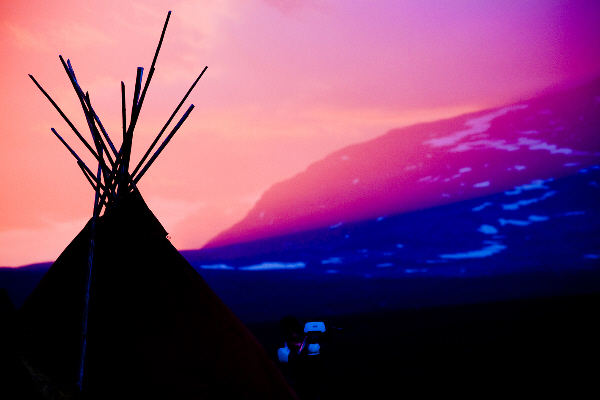 How did the idea for VisitSápmi come about?

After so many years of tourism in Sápmi – we still see few successful companies. Something has to be done. The Swedish Reindeer Herders Association (Svenska Samernas Riksförbund) finally took the role of creating VisitSápmi since many of the reindeer herders are involved in tourism either as service providers or as reindeer herders on the land where big tourism investors wants to build yet another ski-resort.

From a Sámi point of view, we need to start to create visibility and awareness for the real Sámi experiences. One solution is to create Sápmi Experience. You will find the information about that here.

Why are you personally involved with this project? Does it hold any special meaning?

For almost 15 years, I have been working within tourism. I believe that good sustainable tourism is a great way to spread knowledge about Sápmi, to preserve traditional knowledge and to create awareness of Sámi traditions and needs. I am grateful to have the opportunity to be a part of this new and exciting era in Sámi tourism. Now we are finally taking the first steps to create a Sápmi brand for sustainable tourism.

Hopefully this will help the new and existing companies to develop true Sámi experiences and reaching out to the global traveler with that. But it will also help the whole Sámi community to gain control over how our culture, traditions and images will be used in the future. Hopefully, VisitSápmi will prevent the continuing simplification of Sápmi that we see in the non-Sámi tourism industry today.

What are the challenges you foresee, especially when mixing deep traditional lifestyles with tourism?

We face many challenges in Sápmi. The reindeer is the foundation of the Sámi culture, and it’s a continuing struggle to keep the herding land intact. Many different industries are claiming the land for their needs (forestry, mining, hydro-power exploitation, tourism, ski-resorts, railroads, roads, holiday cottages and so on). If the Sámi lose too much of the land, reindeer herding will not be possible anymore.

And without the reindeer – we will not be Sámi anymore. 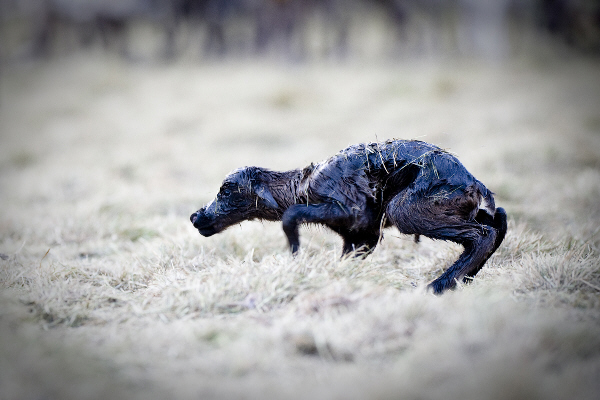 The government says it wants to clarify all the consequences before taking a decision. As a result, the Sami are still waiting. And waiting… You can read more here. In all of this, there’s a pattern of neglect for Sámi rights. This has also led to landowner conflicts. Traditionally the Sami did not acknowledge ownership of land. So the forested areas of Sápmi were bought up by other peoples. Now they claim unique right to use the land and plants or high fees when the reindeer come there. Court cases are continually dragging on because the ILO convention is not ratified by Sweden.

We don’t have money in the bank; our money has four legs and antlers.

Another challenge is to create the new jobs in Sápmi. We have never been rich in money. We don’t have money in the bank; our money has four legs and antlers. For many years now, many of the young Sámi people have moved away from the traditional areas to make a living. How do we create new, sustainable jobs and new, Sámi companies in Sápmi to complement the reindeer herding that is more and more restricted?

VisitSápmi believes that ethic and sustainable tourism can be a part of the solution. We have too few Sámi entrepreneurs today ready for the global traveler. Tourism revenues have gone to others and this has created a situation where Sámi are reluctant to invest properly in tourism. They often try halfheartedly. Most of the Sámi experiences are yet to be developed. It is a tough task to break this dead lock for VisitSápmi. 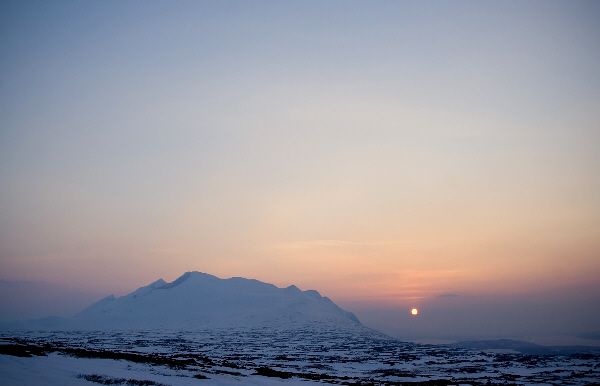 Climate-change, environment…there’s no bigger threat to Sápmi than climate change. As a people that still very much depend on harvesting from what nature provides, we have seen the effects of climate change for many years already. The snow has changed, temperatures are not “normal” and we face difficult winter conditions for our reindeer herding. Melting and freezing lead to reindeer not being able to reach the plants and lichen.

Finally, it’s a challenge to be one people in 4 different countries. Although Sámi people do not really think about the national borders in Sápmi – it makes it harder, more difficult and more expensive to integrate Sámi from all the different countries in the working process. Also, we have 4 different governments, about 10 regional governments and numerous municipalities to handle, with their policies, administrators and laws/regulations. Definitely a challenge for the few that has to represent the Sami in a number of different stake holder processes.

Prev Page Next Page
Tagged
Activism Sustainability Volunteer
What did you think of this story?
Meh
Good
Awesome