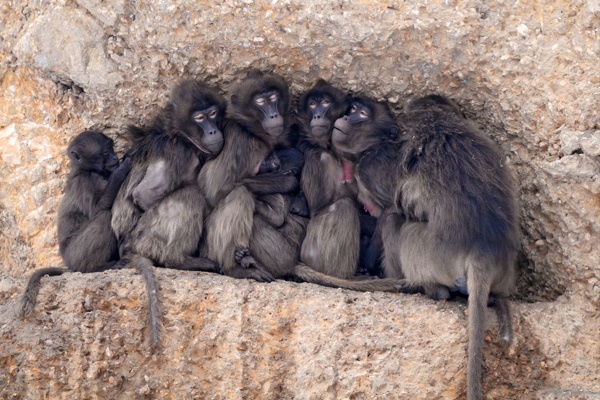 Maybe these baboons have heard of A.A. Gill. Photo: Tambako the Jaguar

And all because he just wanted to get a sense of “what it would be like to kill someone.”

The latest Twit-storm kicked off in Britain today when high-profile restaurant and television critic A.A. Gill decided to devote half his Sunday Times column to his experience of shooting a baboon while on safari in Tanzania.

In the column, which ran on Sunday, October 25, Gill recounts in full, Technicolor detail how he shot the baboon from a mere 250 yards while hunting in “a truck full of guns and other blokes.” He explains how he felt the urge to be “a recreational primate killer” – then went ahead and shot the animal through the lung. “You see it in all those films,” he writes, “guns and bodies, barely a close-up of reflection or doubt. What does it really feel like to shoot someone, or someone’s close relative?”

Inevitably, the column prompted outrage from animal rights groups. Steve Taylor, of the League Against Cruel Sports, called the act “morally completely indefensible”; Claire Bass, who undoubtedly has the perfect surname for wildlife manager at the World Society for the Protection of Animals, said: “It’s hard to say what’s sadder – the unnecessary death of a healthy baboon or that [Gill] has so little regard for the life of another creature. The vast majority of visitors to the Serengeti have a fantastic time shooting with cameras, not guns. We condemn the killing and the crude portrayal of it as ‘entertainment’ in Gill’s column.”

The RSPCA also condemned Gill’s actions but allegedly could not act against him because the shooting took place beyond its UK jurisdiction. As Steve Taylor also commented in The Guardian, “If he wants to know what it’s like to shoot a human, he should take aim at his own leg.”

“If he wants to know what it’s like to shoot a human, he should take aim at his own leg.”

Strangely, Gill has found some support. Commentators have pointed out that the baboons are classed as vermin by some in Tanzania. Oh. Right. So perhaps Gill was merely doing the locals a favour and saving their crops? What a benevolent soul – maybe we should be thanking him. But wait. Safari parks are not farmsteads and the closest Gill has ever gotten to vermin control is keeping himself in check – which he doesn’t tend to do very often as we’ll see.

Others have said only non-vegetarians should be permitted to express outrage. Well, I’m no vegetarian but I don’t go around performing drive-bys on cow sheds or kicking my way through chicken farms with scythes strapped to my ankles. You don’t have to be a bio-ethicist to know that there’s a difference between killing for food and killing for fun.

Gill is right up there with those other contemptible imbeciles, fox-hunters. In fact he admitted as much in his article: “baboon isn’t good to eat, unless you’re a leopard. The feeble argument of culling and control is much the same as for foxes: a veil for naughty fun.”

“Naughty fun.” I thought taking your partner to a sex show or raiding your parents’ drinks cabinet when you were 13 was “naughty fun,” not riding around in a truck wasting defenseless wildlife with big guns. If that’s naughty fun, what’s insensate and needless animal slaughter? 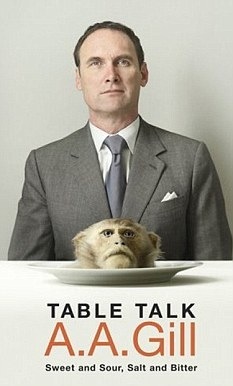 There’s that and then there’s the smugness.

Gill knows full well he’s done something obnoxious – “it can’t be mitigated”- and with his savvy understanding of the media knows it’s going to get him talked about. Sentences like “I took him just below the armpit. He slumped and slid sideways,” or “They die hard, baboons. But not this one. A soft-nosed .357 blew his lungs out,” are built to provoke, and sure enough he’s found himself a ‘trending topic’ on Twitter and the subject of a slew of outraged articles like this one.

No surprise then that Gill is no stranger to controversy.

Dressing up an ugly superiority complex as caustic humour he has described chef Gordon Ramsay as “a wonderful chef, just a really second-rate human being”; the Welsh as “loquacious dissemblers, immoral liars, stunted, bigoted, dark, ugly, pugnacious little trolls.” And Albanians, to Gill, are “short and ferret-faced, with the unisex stumpy, slightly bowed legs of Shetland ponies.”

Are your travels contributing to animal cruelty? Read From Elephant Tourism to ELephant Voluntourism, one of the many articles about animals in our archives.

In ‘In Her Shoes,’ a teen from Mumbai’s red-light area defines empowerment
30 awesome Japanese idioms we should start using in English
The French flaneur lifestyle is the reset you need in these times
9 boardless, cardless games to play anywhere
21 amazing images of the new Seven Wonders of the World