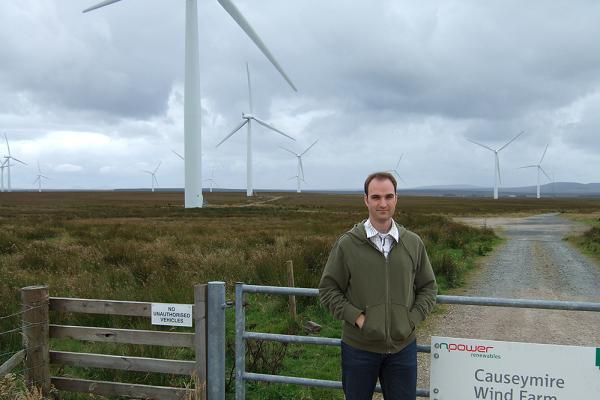 The chatter about peak oil has increased lately. That–plus this news–should really be pushing us to embrace alternative energy.

Last month, I drove from New York to Boston.

Along the way, I noticed a couple wind turbines dotting the landscape, their blades turning slowly in the coastal breeze. I wondered how much energy they produce.

According to this 2006 Boston Globe article, a single modern-day windmill generates a lot more energy than I thought: One turbine is capable of powering an entire town’s streetlights and traffic lights.

Wind turbines haven’t taken off in the U.S. yet, but it’s hard to understand why with news like this: wind farms in Spain generate more than 50% of the country’s electricity needs.

If this is the case in Spain, which takes third place in the top 10 list of countries using wind power, then imagine what’s going on in Denmark, which claims the top spot on that list. It gained that position, says TIME journalist Bryan Walsh, because it had the “political and public will to decide that it wanted to be a leader.”

With the conversation about the imminence of peak oil intensifying, maybe it’s time for other countries to exercise that same kind of will to explore the power of wind energy.

Learn more about peak oil in these articles:

What Cuba Taught Us About Peak Oil

Interview with Derek Wallace from OrganicReform.org

Millions of people opt to go without toilet paper. Maybe you should too.