AS AN INDIVIDUAL it may seem unlikely, even impossible, that any of us can make a difference. We don’t have to look very far though to see that that’s not the case, that ordinary citizens have been standing up for social, political, and economic justice for centuries and persuading those in power to affect change. In 1955 Rosa Parks refused to give up her bus seat to a white person, protesting racial segregation. This led to a massive boycott of the bus system and to international awareness of the civil rights movement in the US. In the mid-1800s the movement for women’s voting rights began in the US, organized by only a couple of American citizens. It took 70 years but it led to the 19th Amendment to the Constitution granting women the right to vote.

All around the world, there are ordinary citizens standing up against oppression and fighting for justice, every day. Not all of them are huge movements. Sometimes they’re just individuals standing up for another person. No matter how small the action is, though, their reverberations are bigger than most of us realize. Here are some events that happened in 2016 that continue to prove that our actions as citizens can, and do, make a difference.

Water Protectors score a victory over the Dakota Access Pipeline 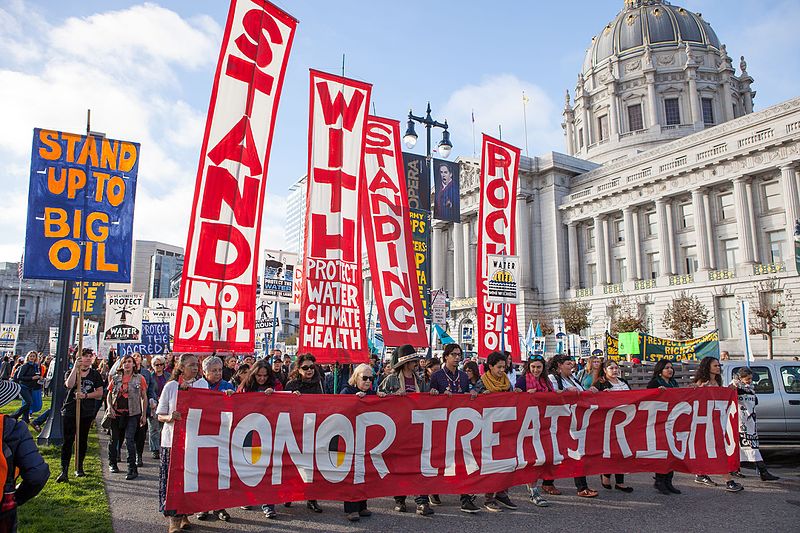 Plans to build the 1172-mile Dakota Access pipeline from North Dakota to Iowa began in 2014 when the application by Energy Transfer Partners LP was submitted. The final necessary approval came in March, 2016. The next month a group of around 200 Native Americans began the opposition to the project, citing that the pipeline will go through sacred land for the Standing Rock Sioux, as well as be a threat to the environment as it would pass under Lake Oahe. Over the ensuing months, support for the Standing Rock Sioux poured in, including from other Native American tribes and indigenous groups from all over the world. In early December, the self-named Water Protectors received the support of around 2000 American veterans representing Veterans Stand for Standing Rock who provided relief as well as a human shield to protect them from an aggressive police force.

Shortly after, the US Army Corp of Engineers announced they were denying the easement that would allow the pipeline to pass under the Missouri River. This has been seen as a big victory for the Standing Rock Sioux, but the situation is not over.

The genesis for this case is a lawsuit filed in 2011 by five teenagers and two non-profit organizations representing thousands of other youth who called on the US government to begin plans for national climate recovery. The action was based on the “long-established legal principle of the Public Trust Doctrine, which requires our government to protect and maintain survival resources for future generations.” After a series of dismissals and appeals, it was ultimately denied by the Supreme Court in December 2014.

On August 12, 2015 — International Youth Day — a new claim was made against the US government by 21 youths aged 9 to 20. The assertion of the claim is that “the federal government has violated the youngest generation’s constitutional rights to life, liberty, property, and has failed to protect essential public trust resources” in its role in causing climate change. In November 2016, Federal Judge Ann Aiken denied motions from the government and the fossil fuel industry to dismiss the claim, effectively allowing the case to be heard in court. The trial is set to begin in summer/early fall of 2017. 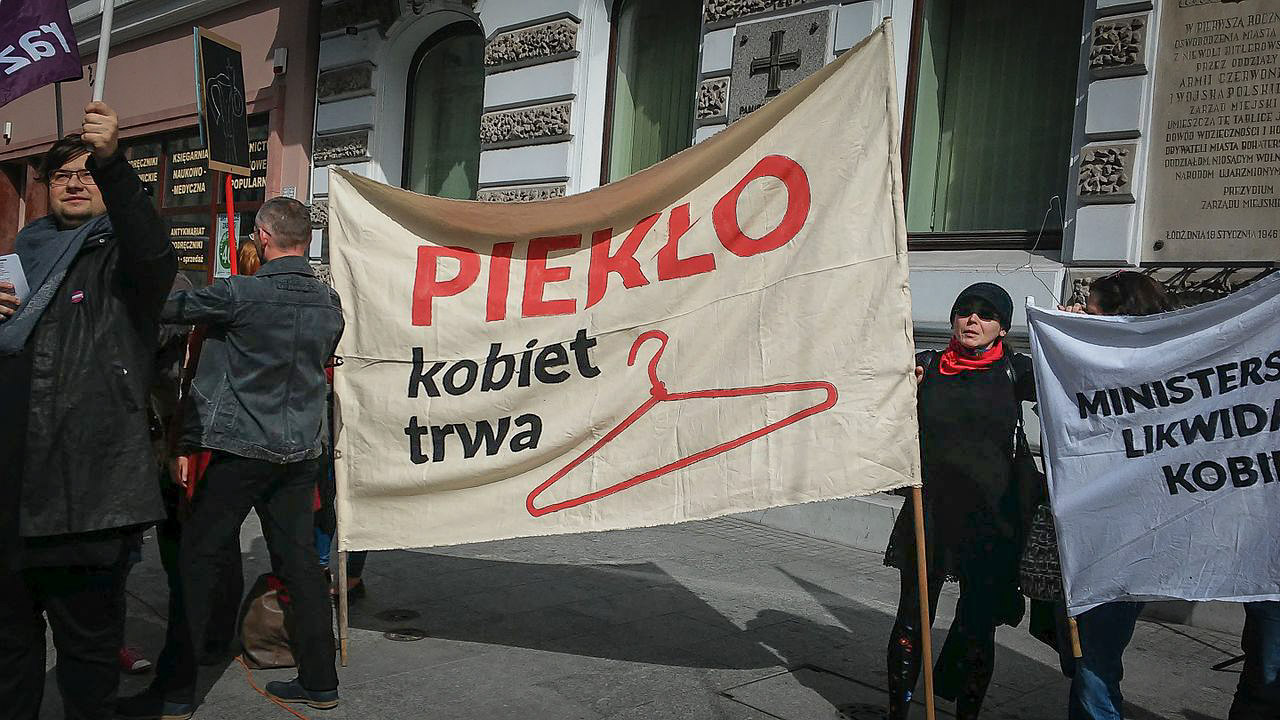 As it is, Poland already has some of the strictest laws in Europe surrounding abortion. According to the BBC, abortions are all but banned except in cases where there is “a severe and irreversible damage to the foetus, a serious threat to the mother’s health, or if the pregnancy is the result of rape or incest.” The bill in question — put forth when a citizen anti-abortion movement petitioned for it — would have extended the ban to include rape and incest, leaving an at-risk mother the only circumstance it would be allowed.

In cities across Poland over 100,000 people, mostly women, protested. These protests gave the ministers who would be voting on the bill “food for thought” and they eventually voted to reject it, 352 votes to 58.

The history of Enbridge’s proposed Northern Gateway Pipeline — which would have moved diluted bitumen from the Alberta tarsands to the northern coast of BC for global shipping on oil tankers — goes back to 2002 when they first announced their plans to build it. The project was delayed for several years by Enbridge but was rekindled in 2008 when it was clearer the demand was there for the crude oil. 2010 saw the first of the indigenous actions opposing the pipeline, including the Save the Fraser declaration which banded together 130 First Nations across Canada. A major fault with the plan, in the eyes of those with interests in protecting the region, was that super tankers would have to navigate very dangerous routes in the narrow channels, and that a spill would be catastrophic to the environment — as shown in the below video — and the life it supports.

In late 2013, the BC and Alberta governments reached an agreement to support the building of the pipeline. This set off 115 anti-pipeline protests across the country with the largest one in Vancouver. In December, a Joint Review Panel (JRP) consisting of the Canadian Environmental Assessment and the National Energy Board recommended approval of the project with 209 conditions to be met by Enbridge. More acts of opposition occurred in the following months including a vote against the project by the citizens of Kitimat (the port town where the pipeline would terminate), rallies across Canada, and more actions by First Nations.

In June of 2016, Canada’s Federal Court of Appeal overturned the JRP’s approval, citing that the government did not take enough steps to engage with the First Nations who would be affected by the pipeline. Finally, in November, Prime Minister Trudeau put the nail in the coffin when he announced the rejection of the Northern Gateway Pipeline project. (It should be noted, however, that two other pipeline projects were approved at the same time.)

Icelanders successfully rally the Prime Minister to step down 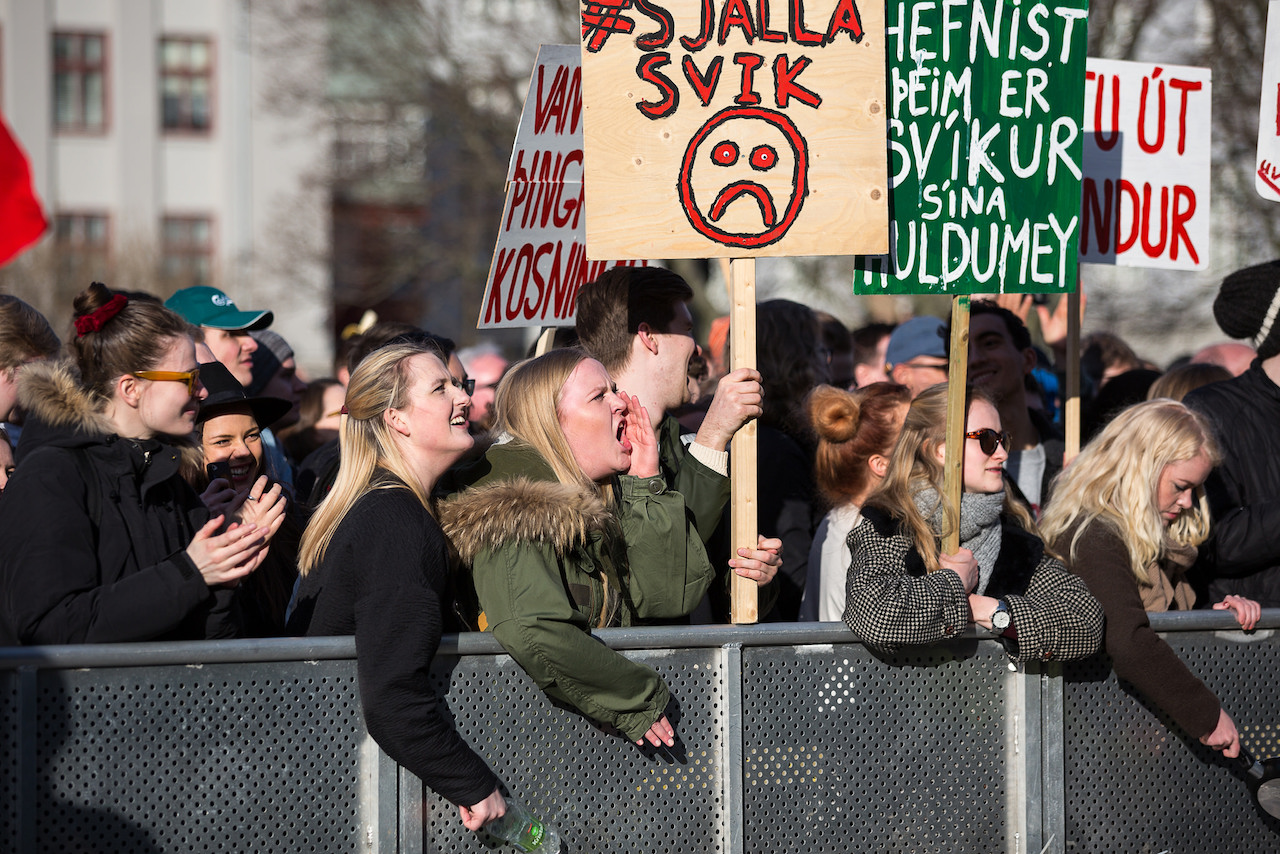 Earlier this year, what’s become known as the “Panama Papers” was leaked from within the Panamanian law firm Mossack Fonseca. The papers “show how Mossack Fonseca clients were able to launder money, dodge sanctions and avoid tax.” Implicated in the files were several current and former heads of state and government, including Iceland’s then-Prime Minister, Sigmundur Gunnlaugsson. The papers revealed that he had an undeclared financial investment in his wife’s overseas assets at the time he became Prime Minister. It was 8 months after he was voted in that he sold his shares to his wife for a symbolic $1.

The people of Iceland viewed this skeptically as an attempt by Gunnlaugsson to hide money offshore. With the 2008 financial crisis fresh on their minds — which was in part due to bankers and businessmen who used offshore companies to hide their high-risk investments — Icelanders were upset at the revelation that money that should/could have been kept in Iceland was elsewhere. They were also miffed because he had risen to power with a grassroots group dedicated to protecting the country from foreign creditors and keeping Icelandic assets in Iceland — the people saw this as hypocrisy.

Icelanders hit the streets calling for parliament to be dissolved. That didn’t happen, but their protests led directly to the Prime Minister stepping down from office.

Canadians call for a woman to be on the next series of bank notes, and get it 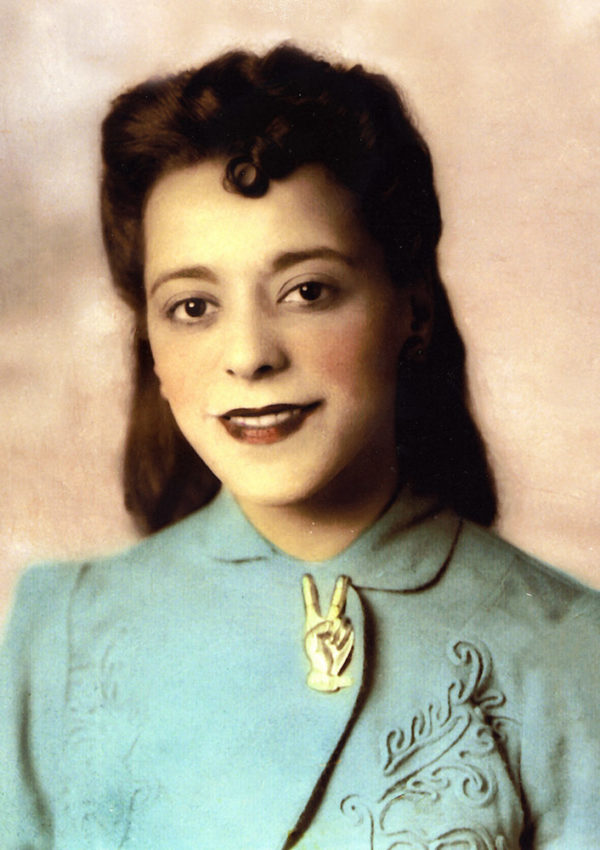 Prior to the announcement that a woman would be featured on one of Canada’s bank notes, the only women that appeared on a bill (the $50 note, on which the women’s liberation movement was honoured) were replaced in 2011 by an ice-breaking ship.

Historian Merna Foster took issue and started a Change.org petition — as part of her long-running campaign to get women onto Canadian bank notes — calling on the Bank of Canada to add women to its currency. Over 73,000 Canadians signed it and helped put pressure on the federal bank, resulting in the decision to include a woman on a bill. In March, PM Trudeau made the announcement that a woman would indeed be featured on the next series of bank notes, set for 2018.

It was recently announced that Viola Desmond was selected to be put onto the new $10 bill. Ms. Desmond became an icon for the civil rights movement in Canada when she sat in the “whites only” section of a segregated movie theatre in Nova Scotia (she was shortsighted and only wanted a better view for herself) in 1946.

South Koreans force the state’s hand to impeach their president

Earlier this month saw the largest turnout in South Korean history for a mass protest. Around 1.7 million protestors came together to pressure President Park Geun-hye to step down amidst revelations of corruption — “extensive and serious violations of the Constitution and the law.” It was the sixth weekend in a row that citizens gathered in huge numbers — the previous weekend saw 1.5 million protestors. It was also reported that hundreds of thousands more were standing up around the country.

Ms. Park — the first female South Korean leader — had promised to voluntarily leave office in April of next year, before her term was completed, and hold an early election in June. South Koreans didn’t accept this though and continued to pressure Parliament to remove her from government. In news released on December 9, the protests were successful as Parliament voted to impeach Ms. Park. A professor of political science at Seoul National University, Kang Won-taek, said, “It is a victory of the people’s will and Korea’s democracy…It is Korea’s glorious revolution, achieved without blood and without any serious violence.” Watch the below video for the reactions when the announcement was made.

The little actions count too…

Maybe it seems daunting to affect change when most of what’s reported on are movements on national and global scales, like those above. The reality, though, is that every day there are individuals who are making where they live better and safer by the small — but not insignificant — actions they do. You might be a guy who stands up to someone who’s assaulting a girl on a bus; or a woman who chases down a dog thief for 35 minutes; or a boy who stands up to his bully, not by fighting back, but by inviting him to help him hand out cookies to other students.

“Standing up” in today’s world might be raising your awareness of how companies operate and being more conscious about where you spend your money. It could be simply finding compassion for another human being — maybe they cut you off in traffic or were rude to you at the grocery store checkout — instead of automatically lashing out. So much more than words, our daily actions impact everyone around us. We don’t all need to give up our lives to activism and humanitarian causes to be a part of the solution; being kind and treating your neighbours with respect is a great start.