I WAS driving yesterday listening to CBC when I heard Prime Minister Justin Trudeau deliver some breaking news: The Canadian government was pulling the plug on Enbridge’s proposed Northern Gateway pipeline that would have seen it travel from the oil sands in Alberta through BC’s Great Bear Rainforest, and to the west coast where massive tankers would have had to navigate a very dangerous route to ship it to the rest of the world. He also announced he will be moving forward with setting a moratorium on tankers along BC’s north coast, a move designed to further protect the pristine wilderness of the region.

It wasn’t until I got home that I heard the rest of the story, that the government — while ending the prospects of the Northern Gateway pipeline — approved two other Canadian pipelines, the Kinder Morgan Trans Mountain pipeline and Enbridge’s Line 3 pipeline. In PM Trudeau’s announcement, he stated, “The decision that we took today is in the best interests of Canada and the best interests of Canadians. This is a decision based on rigorous debate, on science, and on evidence. We have not been and will not be swayed by political arguments, be they local, regional or national. We have made this decision because we are convinced it is safe for BC and it is the right one for Canada. It is a major win for Canadian workers, for Canadian families, and for the Canadian economy now and into the future.”

This project will twin an existing 1150km / 715mi pipeline between Edmonton, AB and Burnaby, BC. It will greatly increase the capacity of mixed oil products to just under 900,000 barrels per day, carrying it to the west coast of BC to be transported globally on oil tankers. It is a $6.8 billion project and it’s also expected that the number of tankers needed will increase from around 5 per month to 34 per month. 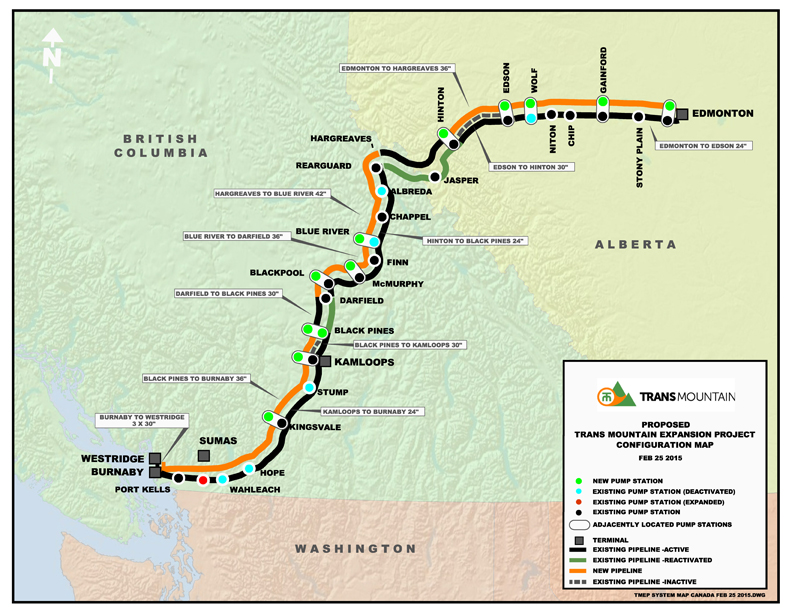 The Line 3 pipeline already exists, transporting oil 1660km / 1030mi from Hardisty, AB to Superior, Wisconsin. This is a $7.5 billion maintenance project — the largest project in Enbridge’s history — that will replace a problematic pipeline originally built in the 1960s (due to past leaks its capacity was reduced). The new pipeline will effectively double the capacity of the existing line to 760,000 barrels per day and get it into Enbridge’s mainline system that carries 3 million barrels per day into the US. 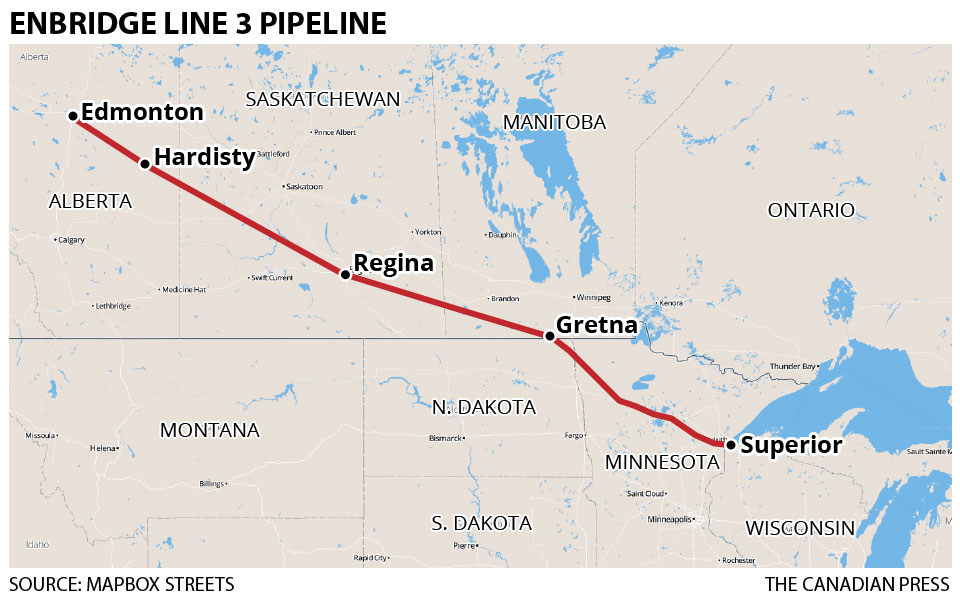 Along with the governmental approval of the two projects, they come with a number of conditions. In May of this year, the National Energy Board (NEB) — Canada’s regulatory council — approved the Kinder Morgan project but set forth 157 conditions (which include liability coverage and several safety factors) that it must meet to go ahead.

For Enbridge’s Line 3 project, the NEB set forth 89 conditions for the section that runs to the Canada-US border.

While the government and industry point out that these conditions are proof that they are serious about the safety of the pipelines and preventing spills, there are environmentalists concerned that these conditions were not made in good faith. Speaking specifically about the Trans Mountain pipeline, executive director and senior counsel with West Coast Environmental Law, Jessica Clogg, said that the NEB report from May is “fundamentally unreliable” and that “federal environmental laws were changed in 2012 to weaken federal environmental assessment and that’s the process this project was put through.” She states that the original report was “controversial” and “riddled with scandal.”

In October, Canada ratified the Paris Agreement on climate change (COP21) which has a goal to keep an increase in global temperatures well below 2 degrees Celsius. For its part, PM Trudeau made a domestic promise that Canada would reduce emissions by 30% of 2005 levels by 2030. There are many who don’t believe that this is possible with the announcement of the new pipeline projects; there are estimates by the Canadian Environmental Assessment Agency that the Trans Mountain operation will be responsible for an increase of 20 to 26 megatonnes of greenhouse gases alone once it’s in full operation.

The Northern Gateway project — which was killed yesterday — was also originally approved (with 209 conditions) by the government under Stephen Harper. It was challenged in the courts by First Nations who claimed that they were not properly consulted. Last June the Federal Court of Appeal agreed and overturned the approval. In the case of the Trans Mountain pipeline, Kinder Morgan has only received approval by 39 of 120 First Nations, less than one-third of the interested parties.

Already at least one First Nations — the Tsleil-Waututh, whose traditional territory is at risk of spills in the Burrard Inlet — has committed to fighting the progress of the pipeline. Grand Chief Stewart Phillip of the Union of British Columbia Chiefs has stated that the “struggle will simply intensify” and “will become more litigious.” Grand Chief Derek Nepinak of the Assembly of Manitoba Chiefs said, “They’re not going to exclude us the second time. They don’t have consent to come through our treaty lands without us.”

Opposition to the pipelines

Yesterday’s announcement was met with strong disproval, particularly from British Columbians whose voices include Green Party of Canada leader (and current Member of Parliament), Elizabeth May, who said that she’s willing to go to jail to stop the construction of the Trans Mountain pipeline. “As long as there’s breath in my body, I’ll fight this damn thing…I’ll block pipelines, I’ll stand shoulder-to-shoulder with First Nations. This is not an issue you compromise on.”

David Suzuki, environmental champion and Canadian icon, has also expressed his disappointment and launched a petition to stop the pipeline projects.

In Vancouver, protests have already begun.

Tagged
Travel Canada
What did you think of this story?
Meh
Good
Awesome