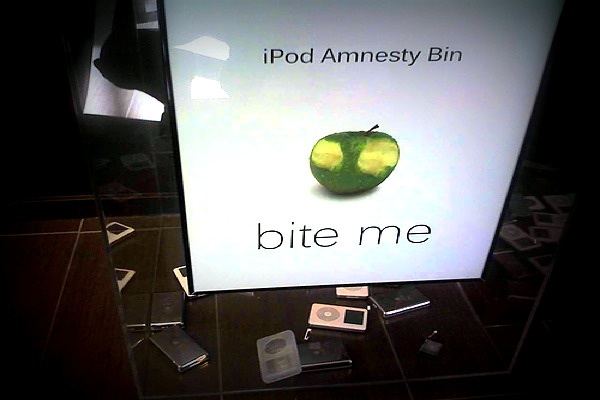 The past decade in technology gave us Skype, smartphones, and the second coming of Apple.

The advancements in cell phones, PDAs, and laptops over the past ten years have made it even easier for travelers to escape the cubicle. While there have definitely been a few flops, as well as a couple freaky inventions that made us wonder about the future of technology, there’s no question that the past decade has seen a major evolution in gadgets.

Digital cameras weren’t invented in the past decade, but they certainly took over. The first Canon Digital IXUS was released in the summer of 2000, and at the time was the smallest, slickest digital camera available.

This was also the year when many of us got whiplash staring at the suit talking to himself in line at the bank, thanks to the Jabra bluetooth wireless headset.

Despite the invention of the mp3 player in 1997, many of us still preferred lugging around clunky CD players, along with those massive binders. Maybe it was the joy of organizing the CDs alphabetically, with corresponding jackets on the reverse side that so neatly showed off our musical taste. Apple changed all that – and the company itself – with the first iPod. 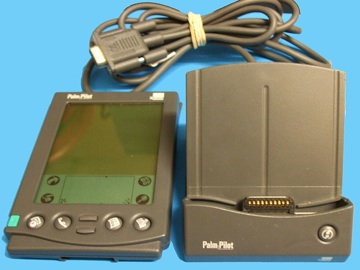 Steve Jobs announced you could “put 1,000 songs in your pocket,” and that was it. Maybe we don’t get to show strangers in hostels our overstuffed CD binders anymore, but I bet most travelers don’t miss them a bit.

Back when having a stylus was stylish and phones had yet to develop intelligence, the Palm Pilot was the ultimate electronic organizer. The spiffy Palm Zire came out in 2002, and while it would quickly become outdated, having a portable word processor in your pocket was pretty sweet at the time.

It wasn’t a cell phone, but an application that changed the way we make phone calls this year. Skype was created in 2003, letting us chat, talk, even video conference with anyone, anywhere, usually for free.

Also of note this year was the IBM ThinkPad – not because of its specs (although they were good for the time), but because it marked the first time a notebook automatically connected to your local wireless network.

Once again, it wasn’t a physical gadget, but something even more powerful that changed the communication landscape this year: Gmail. Launched by invitation only, Google gave us an email service like nothing else out there, with a staggering 1GB of space – free. 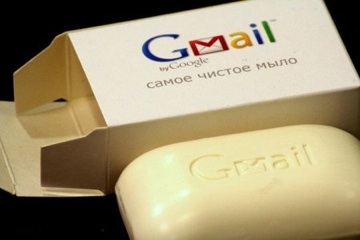 Verizon also helped out travelers this year with their EV-DO network, along with the Sierra Wireless PC 4220 card. No more hunting for hotspots – we were connected on the road.

Remember the days when videos of a grown Frenchman running amok in a Pac Man costume weren’t readily available? Enter YouTube. That’s right, it was created in 2005 (does anyone else feel like they’ve been watching it for a few decades?), and while it may be your go-to source for online procrastination, it’s led to even more ways for travelers to share their video adventures with others.

On a side note, possibly the Worst Gadget of 2005 goes to the Oakley Razrwire. Oaklies. Bluetooth. Fail. Apparently even yuppies didn’t want to shell out the $300.

Call me biased – I am – but the MacBook and MacBook Pro stole the spotlight this year. They were sexy, light, and sported Intel’s dual core processors and magnetized power adapters and about a zillion other features that pulled die-hard PC users over to the dark side.

This may not have been a great invention for travelers necessarily, but it bears mentioning – the Nintendo Wii was also released in 2006, stepping around the Xbox and PlayStation and hardcore bloody car theft games and doing their own thing. They re-popularized the cutesy Nintendo games from the 80s, all while getting video game-addicted kids (and adults) to do something they hadn’t tried in a long time – moving. 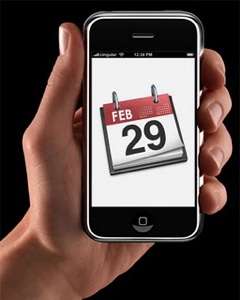 Cell phones, PDAs, laptops, mobile connectivity – it all came together in January of 2007 with the release of the Jesus phone, otherwise known as Apple’s iPhone. MG Siegler of TechCrunch sums up the iPhone’s immediate appeal nicely:

“There was no way I was getting an iPhone. But then I started to wonder why so many people were lined up for this device — what was I missing? I walked up to the iPhones out on display, picked one up, played with it for all of 10 seconds. I left the Apple store $600 poorer.”

Really, that would have been enough from Apple in one year. But just for good measure, they released the iPod Touch that September. Since 2007, we’ve hardly gone a few months without hearing about a new “iPhone killer.” Still looks pretty alive and kicking to me.

Also in 2007 – hey, it was a big year – Amazon struck fear into the hearts of publishers everywhere with the release of the Kindle.

Apple secured their world smartphone domination with the iPhone 3G and, perhaps more importantly, the launch of the App Store. And just to remind us that they kind of do computers too, Steve Jobs ceremoniously pulled the MacBook Air out of a brown paper envelope at MacWorld 2008, causing the crowd to experience a unified Apple Orgasm. 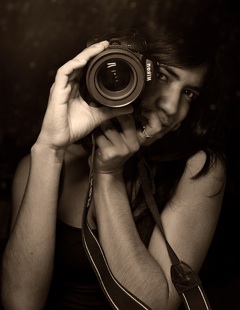 In camera news, Nikon surprised photographers with the D90 – the first digital SLR camera with video capabilities. Great specs, and at a third of the cost of the Canon equivalent.

After two years of smug Apple talk, critics of the iPhone needed a hero – and they got one. The HTC Hero finally brought the Android operating system to the eager masses in a well-polished package.

The Motorola Droid has its die-hard fans as well, with a great touchscreen in addition to that all important QWERTY keyboard some folks just can’t live without.

Without a doubt, 2010 will be a big year for gadget lovers. Two in particular have already built up quite a bit of hype.

Google and Android will continue to win smartphone owners over with the Nexus One, otherwise known as the Google Phone. I’m still an iPhone kind of girl, but even I have to admit this thing looks pretty sweet.

Meanwhile, Apple will continue its mission to stay ahead of the pack by focusing their attention on the Tablet, which is rumored to be called the iSlate. Think MacBook power in a large iPhone package.

For more on innovative gadgets developed over the last ten years, check out What Is The Decade’s Best Gadget?.

What was your favorite gadget in the past decade? Share your thoughts in the comments below!

These destinations are opening to US tourists this summer 20 of the funniest idioms for people learning English COVID-19 has exposed America’s public bathroom problem The best stops on the Blue Ridge Parkway 9 experiences to reinvigorate your senses in and around Santa Fe, NM