When heading out on the road, some people like to take as little with them as possible.

Their reasons vary: some want to travel light, others want no reminders of their life back home.

But sometimes it’s just nice to have a nice distraction when you’re stuck in transit, or have a few hours to kill and have run out of good books.

In my case, I pack a Nintendo DS. I also make sure I bring games that are easy to get into without too much instruction.

Here’s my top 5 to pack on the road, in no particular order: 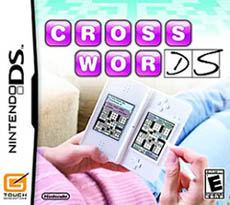 I’ve written about this game before, but it’s worth repeating here. Crosswords DS is perfect for long bus rides, plane and train rides, and just about any boredom inducing situation.

The crazy amount of puzzles will take you 8 years to complete. And it’s fun using the stylus to actually write the letter, and trying to beat your time and grade at the end of every puzzle. 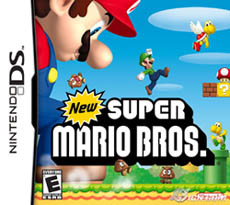 There’s something about Mario that never goes out of style, evident in his myriad manifestations over the past 20 years.

The trend continues with New Super Mario Bros -only it takes the classic side-scrolling adventure and updates it.

Now the graphics are better (rendered in 3D) and gameplay incorporates a few surprises, including: a mini mushroom, a mega mushroom, a koopa shell suit, and more.

Luckily, the action is still paced for classic gamers like me – and keeps my mind off my fear of flying. Also includes a ton of multi-player bonus games that you can play with a friend. 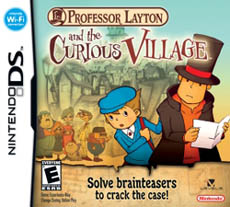 3. Professor Layton and the Curious Village

Is it a murder mystery? Or a puzzle game? In fact, Professor Layton and the Curious Village is both.

You play the role of the Professor, who is called to a creepy English town to solve a murder. The only catch: to solve the mystery, you must solve various puzzles woven throughout the storyline.

It sounds odd, but after the first few minutes, you’ll be hooked. The puzzles can be anything from brain teasers and optical illusions, to puzzles of logic and more.

You can ponder each before you answer. Screw up, and you’ll lose points for each time you answer incorrectly. 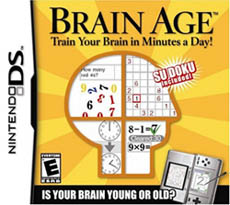 Do you remember your multiplication tables? Neither did I until I started training with Brain Age.

You may have heard of it already, as it was one of the top-selling games in Japan.

It’s basically a combination of brain-sharpening activities that test your mental prowess, such as high-speed multiplication, reading exercises, brain teasers, puzzles, and even a version of Sudoku.

If it sounds mildly interesting, it’s not. It’s actually a blast. Maybe it’s the curious combination of competition and the promise of a better brain that makes Brain Age so addictive.

Or maybe it’s the fact that the game is narrated by a jovial Japanese professor who cracks jokes and urges you to develop your “pre-frontal cortex.” 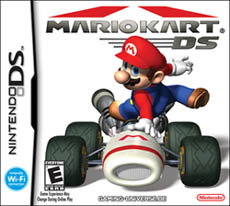 Easily one of the best racing games ever conceived, Mario Kart DS unveils a number of new tracks, each in glorious 3D.

You can race with all your favorite characters like Luigi, Yoshi, Bowser and yes, Princess Peach.

You start the game with access to only the first two Cups, and it’ll take some effort and skill to unlock the rest.

As an added bonus, the game includes a full roster of classic race tracks from the previous three Mario Kart additions.

Any games I missed? Share your picks below in the comments!