02:48 Jul 9, 2020
Top Countries
Top CitiesView All Destinations
Trending Countries
Trending Cities
Load More
It came in one color –gray– and was the size and weight of a brick (or, at least that’s how I seem to remember it). The Game Boy was one of the first truly portable computer games on the market, offering everyone the chance to waste away hours with a variety of games that were displayed on a black and white screen a little larger than a postage stamp.

While there were several games available, none were as iconic or addictive, as Tetris. Accompanied by synthesized, repetitive music, the aim of the game was to spin and shift a variety of different shaped blocks, as they fell from the top of the screen, to create a solid wall. 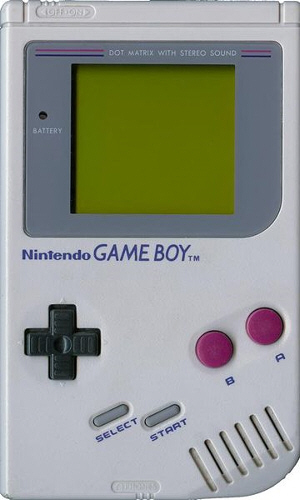 When a solid line was achieved, the said line would disappear to allow you more space to spin and place your blocks. Points were awarded according to the number of lines you achieved.

Both the music and falling blocks would gradually increase in speed as the game progressed and it would always finish in the same way: bricks rapidly falling from the top of the screen as finger manically pressed buttons to move them into the appropriate place, but you’d always be overcome by the speed.

Inevitably, the screen would fill with bricks and a sudden flash would indicate your terminal condition, then loss.

Depending on your skill, a game could last half an hour, if not more, but loss was almost inevitable eventually, or at least it was for me.

Once the game had finished, the only option was to press the little icon for ‘new game’ and start the repetitiveness all over again, mostly just to overcome your frustration.

So addictive was the game I could spend entire days on trains or planes trying to fit those little boxes into their appropriate places. After a seven hour flight to New York, I’d played so much that I remember sitting on the metro as the city passed by, humming the theme tune and imagining how I could spin skyscrapers, mail boxes or even taxi cabs so they’d all fit together in a solid lump to get me points.

I think it was at that point I decided I should maybe do other things with my time.

The Game Boy still exists, as does Tetris, both in more modern forms, but my advice would be: Just say No!

Got a favorite gadget memory from back in the day? We’re currently accepting your submissions.