View all travel news
Top Countries
Top CitiesView All Destinations
Trending Regions
Trending Cities
Load More
While the MSI brand may be a bit of an unknown, don’t let that scare you away from considering the value packed MSI GX630. 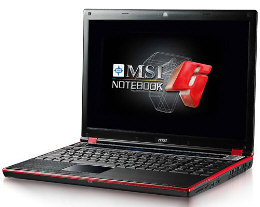 With it, you’ll be able to browse the web, look at some spreadsheets, write that next great American novel, and then blast away some enemies in a game of BioShock.

It also comes with the essentials such as built-in Wi-Fi, Bluetooth, 3 USB ports, and an integrated web cam. 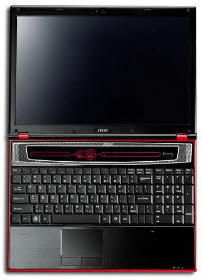 The entire package is wrapped up in a beautiful case. It’s composed of brushed aluminum with some red highlights. It looks a lot better than it sounds, and pictures don’t really do it justice.

There’s a touch sensitive area near the screen that activates the integrated web cam, Wi-Fi, Bluetooth, and many other features, and weighs in at 5.6 lbs.

The operating system (OS) included is Windows Vista Home Premium 32-bit version. This could be good or bad depending on your experience with this OS. I haven’t run into any problems with Vista, and have actually enjoyed using it more than Windows XP.

Another point of possible contention is the keyboard. It will definitely take time to adjust to it. This is because MSI put an entire keyboard on the computer, including a number pad. This led to some of the keys being scrunched together in some areas. It’ll be a bit more difficult for those with large hands, such as myself, but I see it as worthwhile to have that wonderful number pad.

One clear cut negative is the LCD screen. It only has a resolution of 1280×800. For a computer that will be used for gaming, it should be better than this. At least 1440×960 would have been nice.

The built-in speakers aren’t very good either, but I’ve yet to listen to a pair of notebook speakers that I really like. The other negative is about the manufacturer itself. Since it is smaller than most, driver support isn’t as good as it should be, especially 64-bit drivers.

I was looking forward to running Windows Vista 64-bit version on this machine, but couldn’t because of the lack of drivers. It’s pretty annoying, and hopefully MSI will get its act together by the time Windows 7 rolls around.