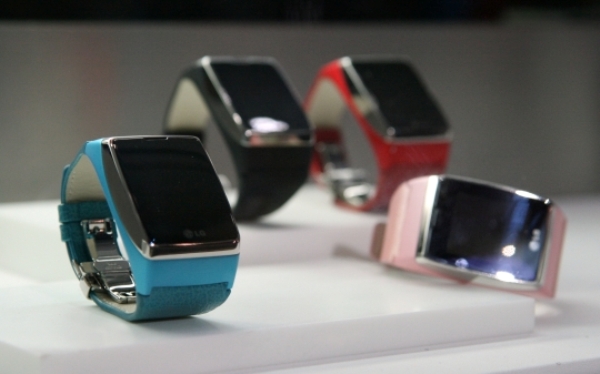 The LG GD910 Touch Watch Phone is one of the thinnest phones in the world at 13.9mm thick. The touch screen features LG’s Flash interface technology that users report works extremely well, especially given the size of the screen (1.43 inches diagonally).

I’ll admit, initially I pictured guys in suits hurrying down Wall Street with their watches up to their ears, yelling into their wrists. But the LG Watch Phone uses stereo Blue-tooth so you’re not talking into your arm like a dork. Speakerphone is another option the LG offers.

The most Bond-like feature? A tiny camera above the screen allows for video conferences. Smooth.

Sadly, as of right now the LG Watch Phone is only available in Europe and, for a limited time, the UK.

Well, only true Bonds can afford it.

For more on the LG Watch Phone