I don’t know; maybe I’m getting old, but when I cracked the spine of Broke-Ass Stuart’s Guide to Living Cheaply in New York City and read :

“New York will never be yours; you will always be hers. She’s got you p***y-whipped and you f**king know it.” 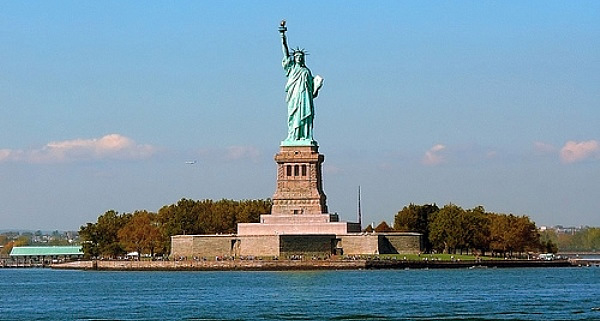 I realized Stuart and I weren’t likely to get along. 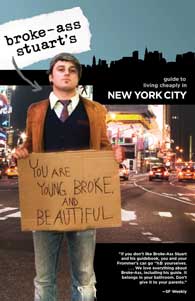 I’m all for writers carving their own literary niches, speaking in their own authentic voices, but a vocabulary largely dependent upon a rotating showcase of four letter words—especially in a 450 page book—is likely to carve a niche that’s very tiny indeed.

Broke-Ass Stuart’s Guide might have been salvageable despite all that because the interest in snagging a deal in New York will never wane, but the places the author includes in his cheap guide to New York City aren’t even all that novel.

The TKTS booth and fake bags on Canal Street? Both have been in Fodor’s and Frommer’s for years.

And what happened to New York’s other three boroughs? Stuart includes Manhattan and Brooklyn, but the The Bronx, Queens, and Staten Island don’t even merit a sidebar.

All guidebooks are limited in long-term value, especially in a place like New York City, where a business that opens today is likely to be shuttered six months from now. That’s the nature of the genre.

But Broke-Ass Stuart is likely to be of little value of all, except to the limited audience who enjoys reading profanity-laden prose.