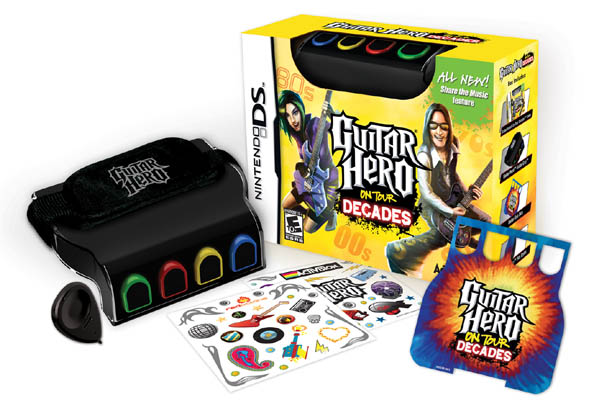 The story of Guitar Hero mirrors the rise of any rock star of the last few decades.

After first hitting the Playstation in 2005, the game has become a staple at parties everywhere. The Guitar Hero franchise has become a cultural phenomenon, and has been credited with revolutionizing the modern music industry.

According to Wikipedia, the series has sold 23 million units, earning $1.6 billion to date.

The game’s success can be attributed to its simplicity. On the one hand, you strum a plastic guitar to various classic and new rock songs. On the other, you can feel like a rock star without actually being one.

Previously this year, Guitar Hero: On Tour arrived on the Nintendo DS. In another stroke of genius, you attach a button peripheral to the handheld console, and use a plastic pick to stroke the screen to a new stable of rock songs.

The newest installment of the series is Guitar Hero Decades, which builds off the previous game’s success. After rocking out on my own, here’s my review. 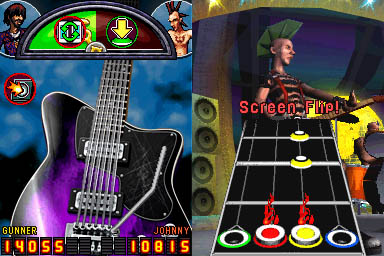 Rocking out anywhere – without having to lug around the giant plastic guitar, you can play this Guitar Hero wherever you can grab a seat: on the bus, plane, tuk-tuk, etc.

Reliving the classics – this version is specifically geared towards older rock songs, including Blondie, Queen, Journey, Bon Jovi and more. The only thing missing is the glam-rock hair (not included).

Hyper interactivity – in previous installments of Guitar Hero, you “activate star power” by lifting your guitar as you shred. Decades makes full use of the Nintendo DS by having you actually yell into the built-in microphone.

My choices include “Rock out!”, “Let’s do this!”, or just a general “Whoooooo!” (For those players in a public place, they can also just blow into the mic instead).

Battle mode – I expected this mode to be cheesy, merely tacked on as an afterthought bonus. But the Decades battle mode is actually fun. You can challenge the computer or your friends, seeing who can rock the hardest while attacking eachother with items that throw a wrench into their path.

My favorites include “Fan Autograph”, “Hyper-speed”, and “Amp overload.” 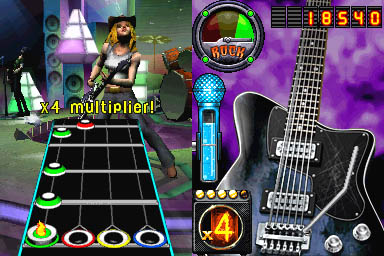 Wrist agony – there’s simply no way around it. Unless you have wrists of steel, holding the Nintendo DS while playing Guitar Hero is awkward and can become uncomfortable after 10-15 minutes. The makers recommend leaning your hand against a surface, angling your hand properly, or simply taking frequent breaks.

A great game that would make any trip go faster (and rock harder).

7 vintage train rides in the US that will take you where no cars can go
The best Airbnbs near Lake Como to live out your Italian dream
The world’s 10 cheapest cities to explore in a day
Soon, your ID might not get you through airport security
The high risk of skiing off-piste inside European ski resorts